Some RVs are odd. Half car, half house and built in a million different configurations, from self-propelled to trailers – or even ones that fit onto other vehicles.

Every now and then you run across a truly unique creation that makes you think, “hmmm…that’s really weird.”

Here are ten of the most unique.

This two story amphibious RV has the features of a yacht, but is capable of being driven on dry land. The extended nose is the most boat-like portion of this weird RV.

2. This seven axle RV is a tire salesman’s dream!

There were no details with this picture, but it’s reminiscent of 70s and 80s Winnebagos and other giant motorhomes of the era.

We’re guessing this thing would not be a good choice for the winding mountain roads!

This one is a parade and party train/bus originally built for the 1948-49 Chicago Railroad Fair, an event held to celebrate 100 years of American railroading.

The Super Chief is now rented out for special events. 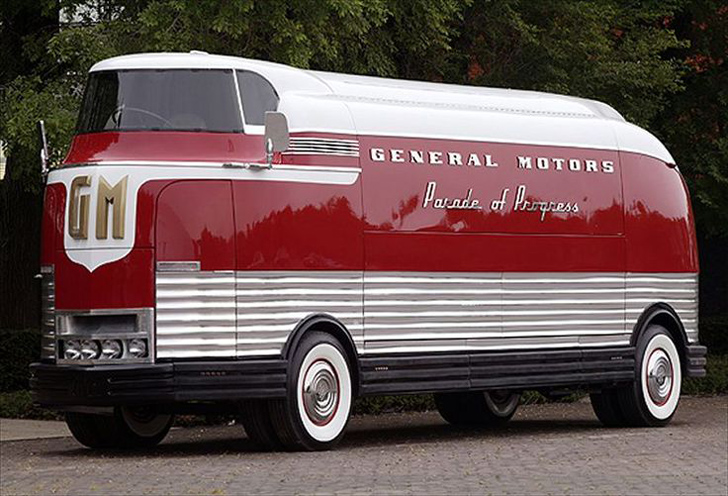 One of twelve created as self-contained display vehicles, this Futurliner is on the National Register of Historic Vehicles.

The side opens out into a stage, and the top pops up to reveal a large lighting unit for outdoor events.

5. If you thought the train was weird….

This RV’s made from a Boeing 727 and was used at air shows before putting up for sale on eBay at some point.

Can you imagine the panic you would feel if you looked up and just saw the nose of this thing pulling up beside you on the highway?