This post may contain affiliate links or mention our own products, please check out our disclosure policy here.
Planning a road trip soon? Here are 15 of the most unusual places around the country that you should stop by and check out. 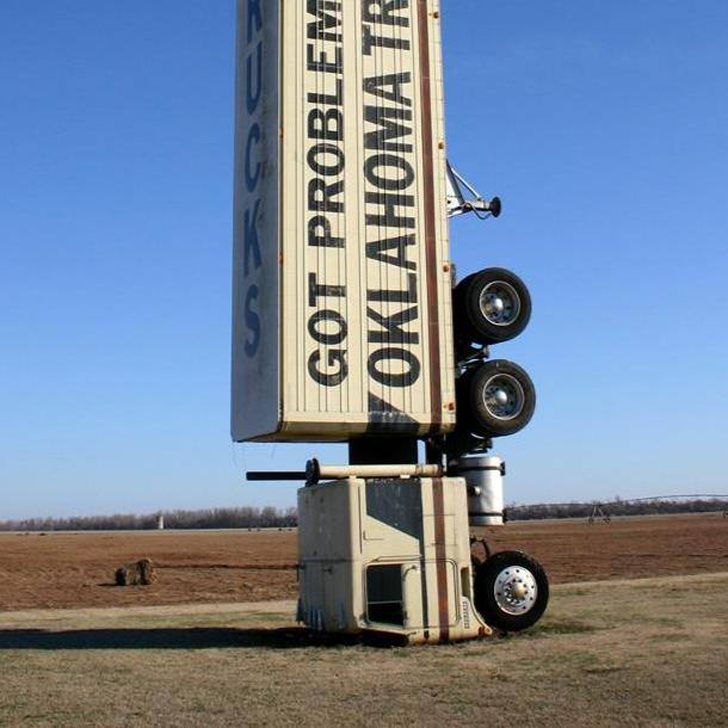 They have a giant 18-wheel semi in front of their business that looks like it fell out of nowhere. The upended truck has served as a distinct billboard since 1988.

Look out for the clever ad just off I-35 (at Exit 211) in northern Oklahoma, along W Fountain Road. 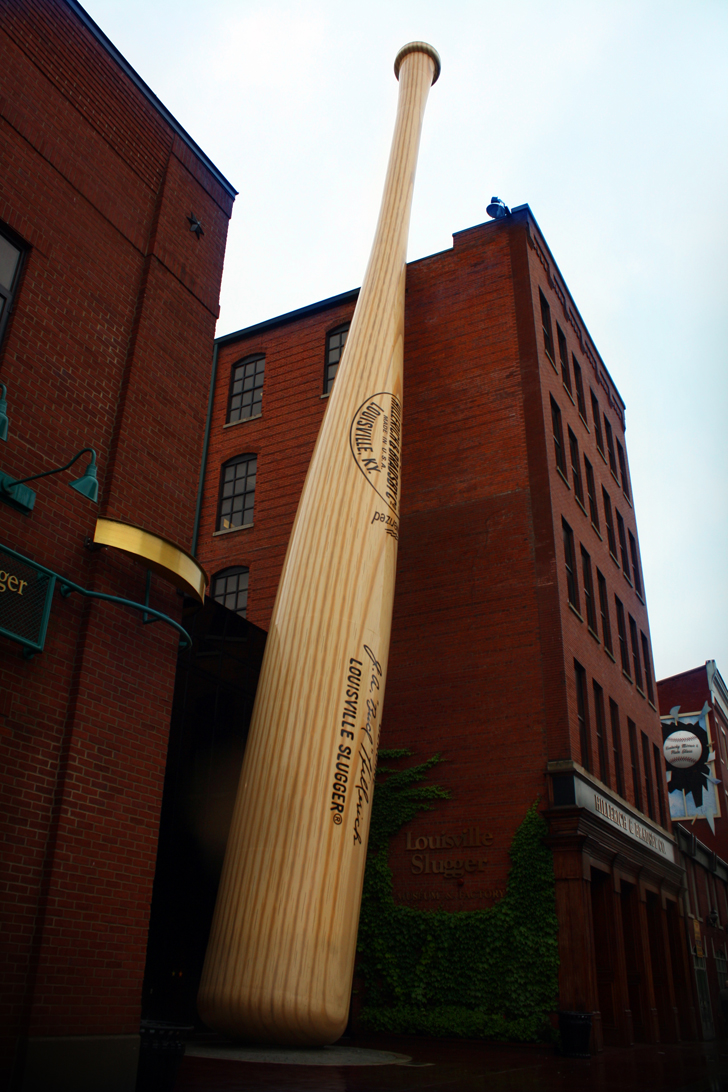 This downtown museum in Louisville is a real home run for baseball fans. It features a historic collection of old bats, along with “The World’s Largest Baseball Bat”, which stands even higher than the building.

Look out for an 1880s Pete Browning bat, as well as the bat Babe Ruth used to hit his final home run as a Yankee. 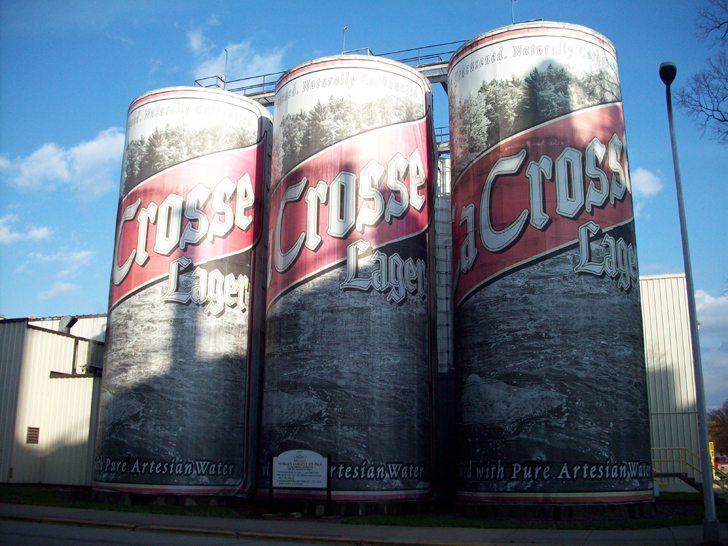 Wisconsin and beer go hand-in-hand, so you can’t just pass through the state without stopping by to see this six-pack in Lacrosse.

The ginormous cans were first built back in the ’60s, in front of Heinemann Brewery, as storage tanks. Not long after, someone had the brilliant idea to re-paint them as beers.

Supposedly, the tanks can fill up to nearly 7 million twelve-ounce cans, which “would provide one person a six-pack a day for 3,351 years.”

By the ’90s, the brewery closed down, and the cans were painted over white (though it wasn’t a very good job, because you could still see part of the old labels right underneath).

Not long after, a new brewery opened in the building’s place, and they decided to bring it back. The scene was updated with a new brand, the one you now see today – LaCrosse Lagers. 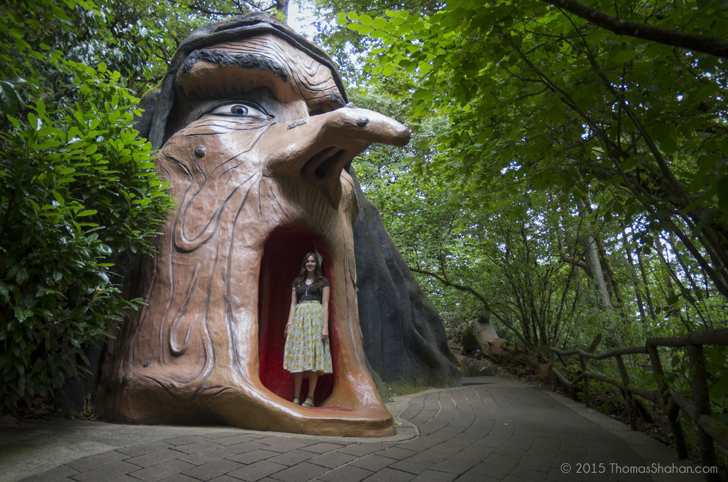 Disneyland is classic, but it can be expensive. Instead, bring the little ones to this enchanting amusement park south of Salem, just off I-5.

The land of enchantment opened back in 1971, after seven years of detailed construction. Check out more info on their website here. 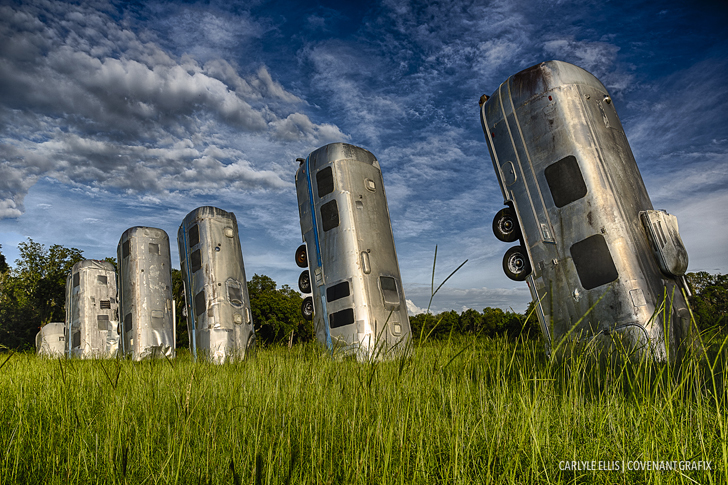 This installation will have you doing a double-take (or even a triple-take) if you’re traveling between Tampa and Orlando on I-4.

Just off Exit 14, the display consists of eight classic Airstreams, all sticking up out of the ground like dominoes.

It was created by Frank Bates, the owner of an RV dealership nearby, back in 2008. He made it as a special tribute to the company’s 75th anniversary.

Even though it’s brought in a good amount of traffic, the neighbors have not been so fond of it.  Luckily, Bates was able to keep the attraction up after a legal dispute – and it’s well worth seeing. 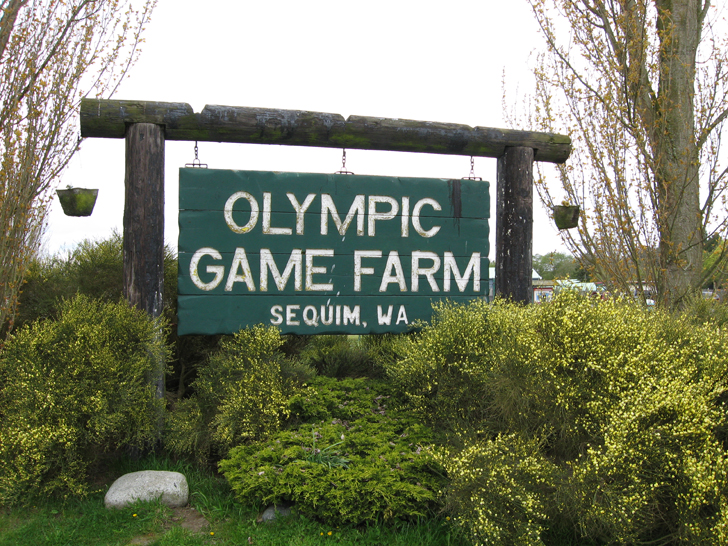 Your little ones will get a kick out of the drive-through tours here on the Olympic Peninsula.

As you’re rolling forward, you’ll be able to spot all kinds of animals – like bison, yak and llamas.

Don’t be freaked out if they come up to your window, though – you can feed them slices of whole-wheat bread! 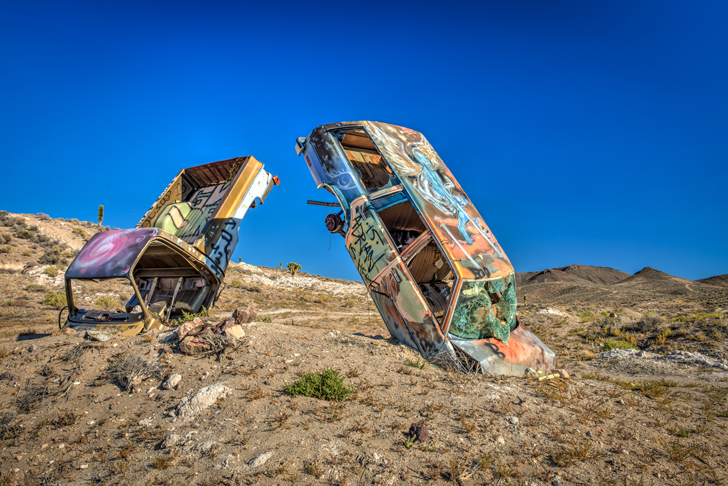 A few years ago, a local artist (by the name of Chad Sorg) was driving through the area when he spotted a car sticking out of the sand.

Later on, he was able to find out it was the work of another artist, Mark Rippie. Together, they expanded the project, with several more cars, trucks, and even vans.

All of them are uniquely detailed with things like skulls and cartoons of politicians.

Unfortunately, the two artists no longer work with each other after an argument – however the cars still remain in place, about a half-mile off Highway 95 (east of Goldfield).

Have you been to any of these weird places across the country? What are some of your favorite unusual attractions in the US?