Priced at $12,700, this trailer never sold during its eBay auction. The 11 bidders couldn’t meet the reserve price.

According to the seller, this is a one-of-a-kind trailer. Inspired by Airstream, but refined with the personal touches of Howard Hughes himself – or so the seller’s story goes.

Allegedly built by the reclusive millionaire Howard Hughes in 1941, the 25-foot travel trailer sports a hydraulically-operated dolly system on the front for easy hitching. 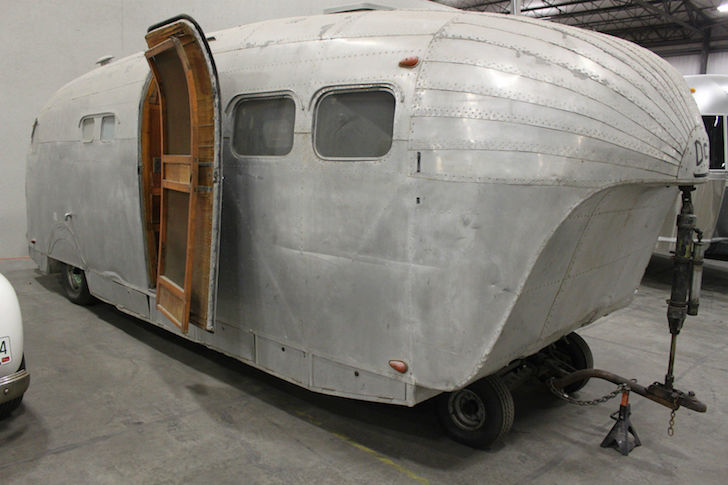 The seller claims that in a past life, the dolly was a strut on a B-29 Superfortress Bomber, the kind of plane used to drop the atomic bombs during World War II. 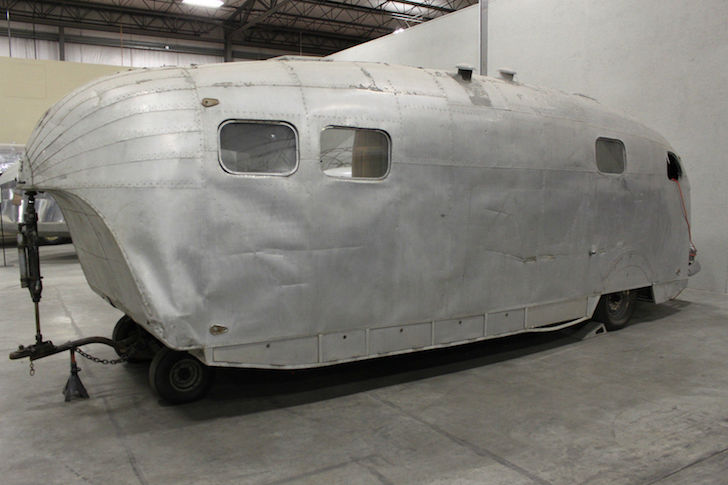 That story seems a bit far-fetched, as Boeing wouldn’t deliver the B-29 to service until the tail end of the war. 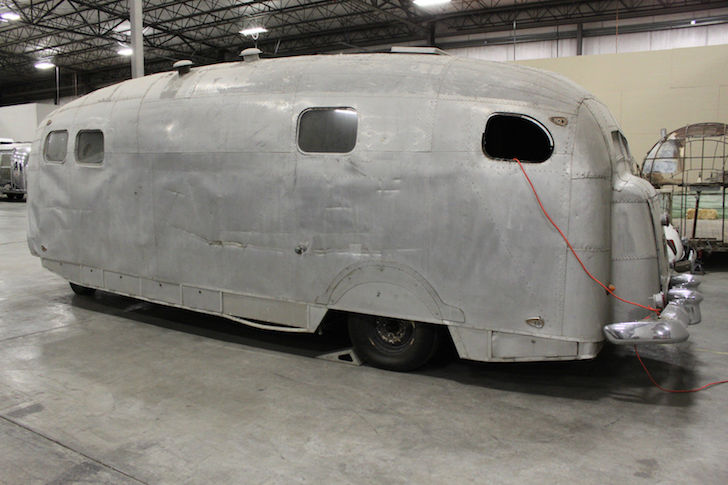 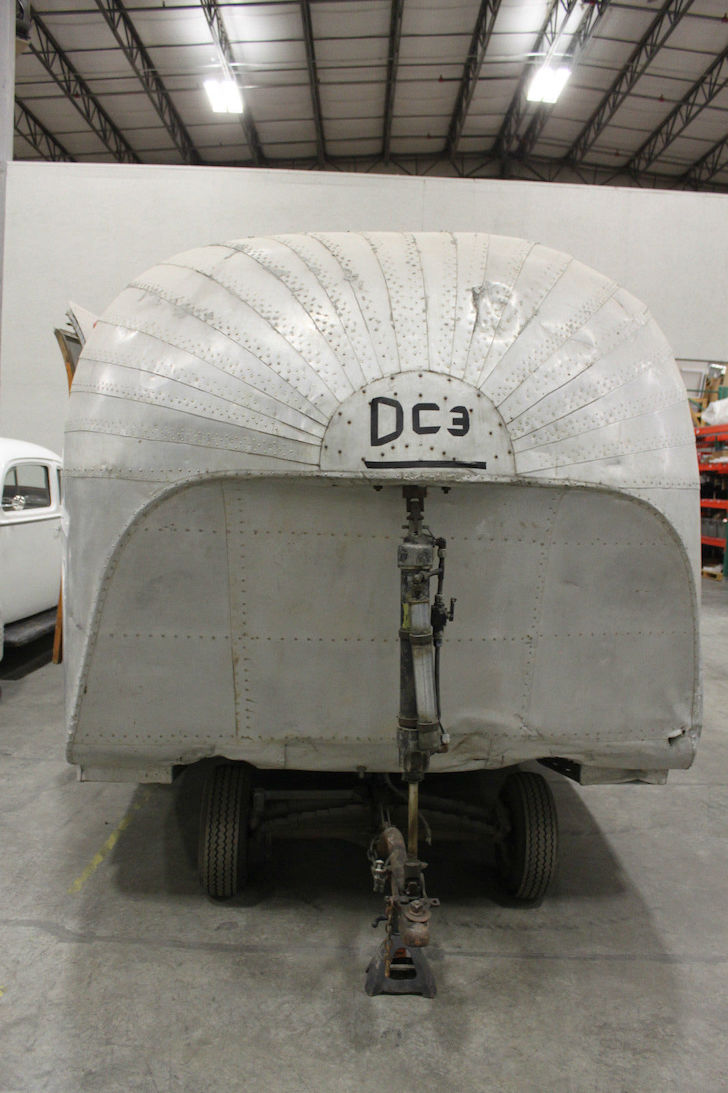 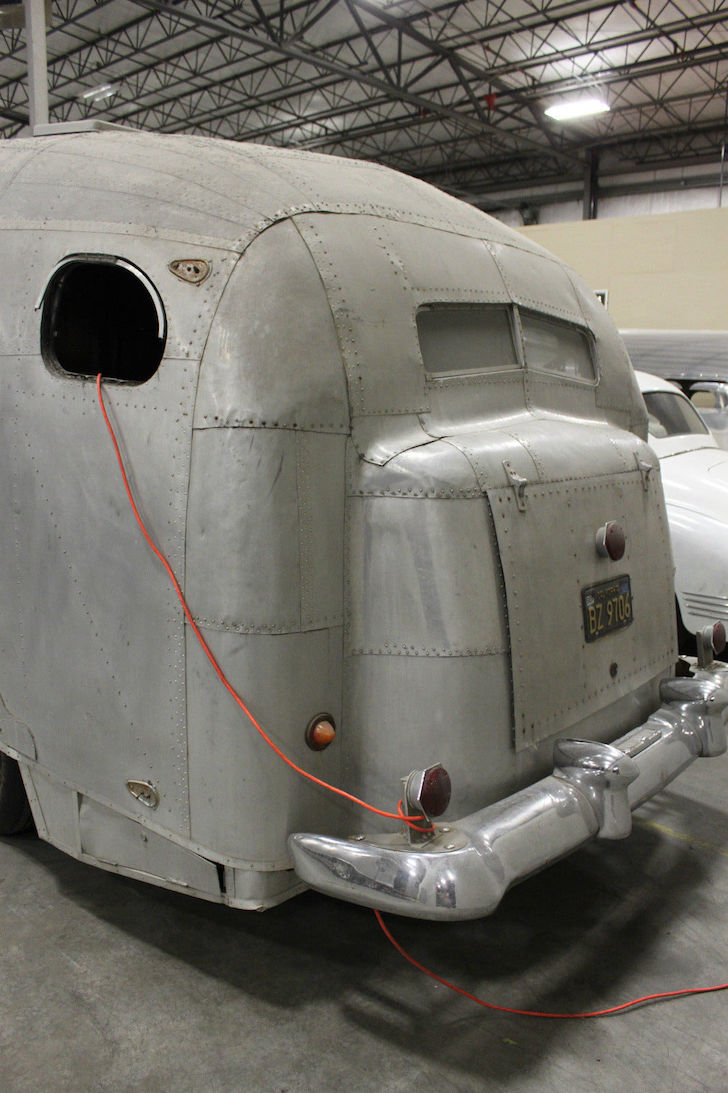 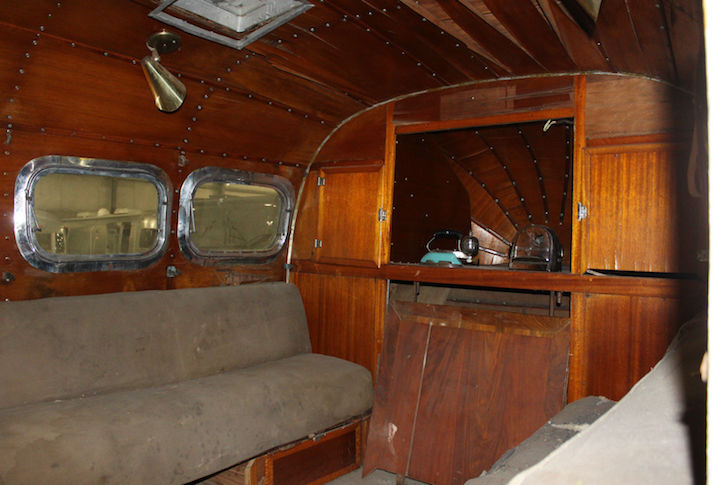 Interior could use some work. 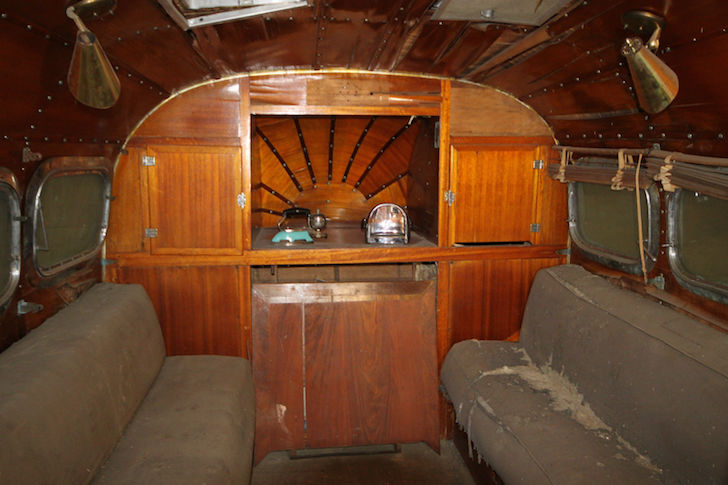 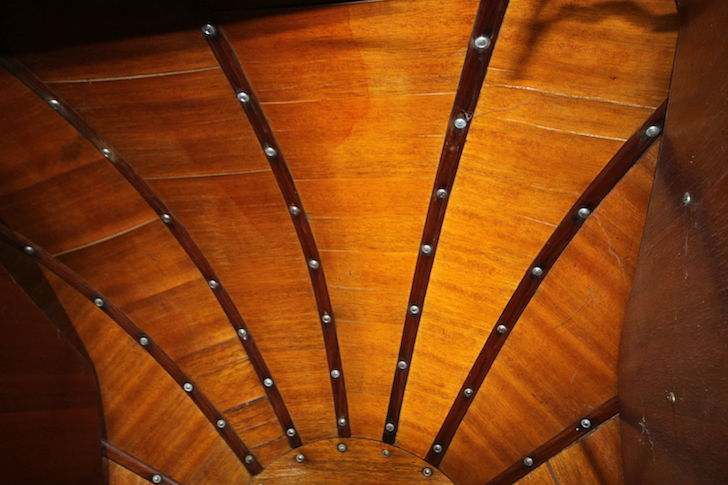 You could do your ironing on this foldaway ironing board. 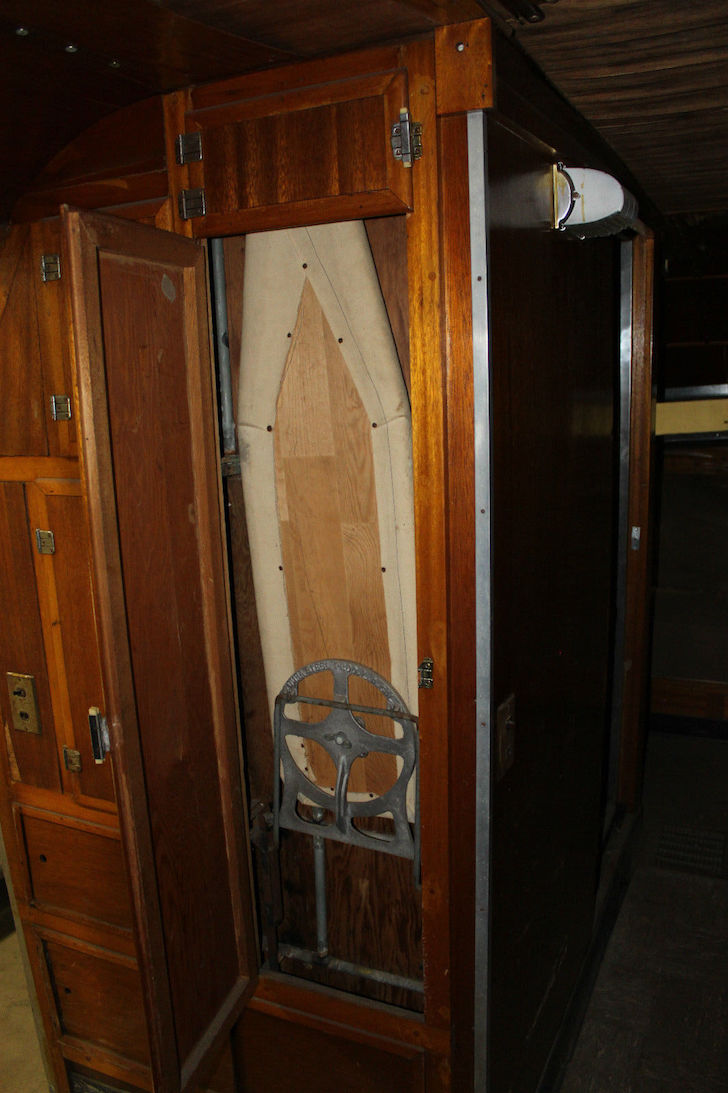 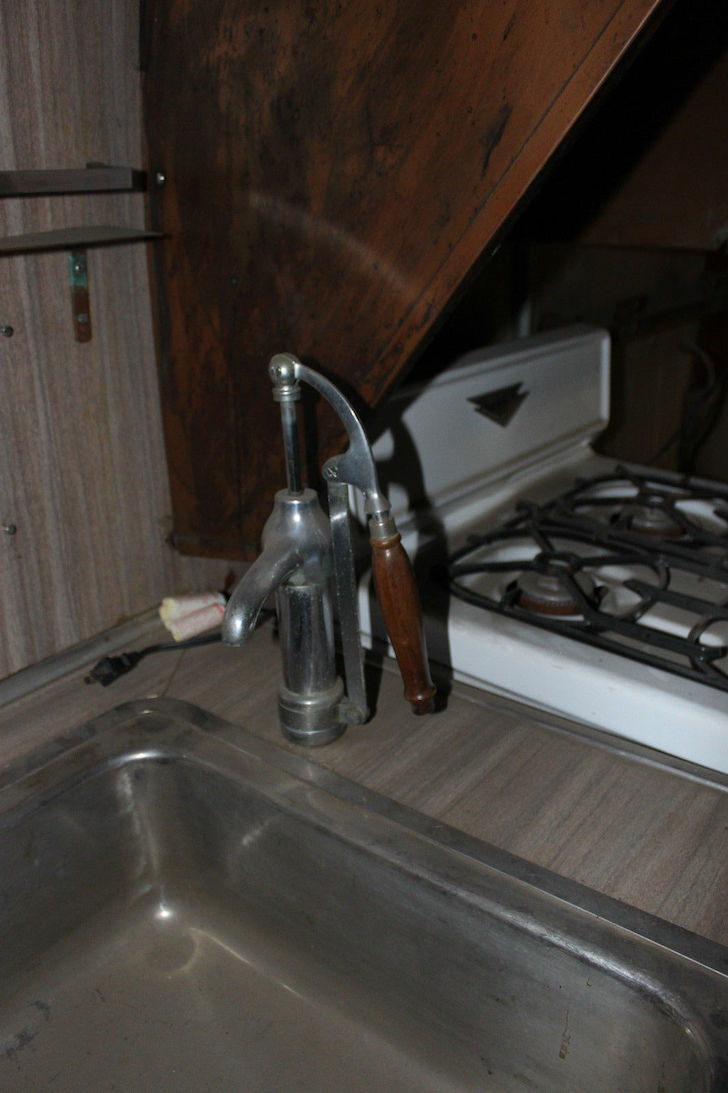 Unusual for its era, the trailer featured a full bath. 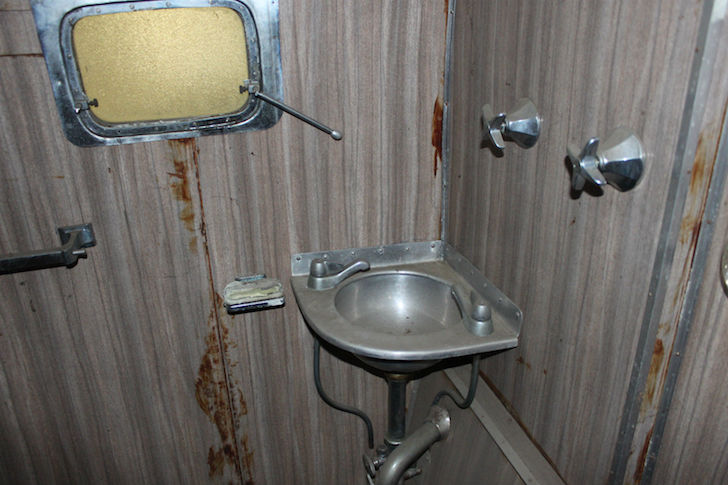 Windows in the bathroom? 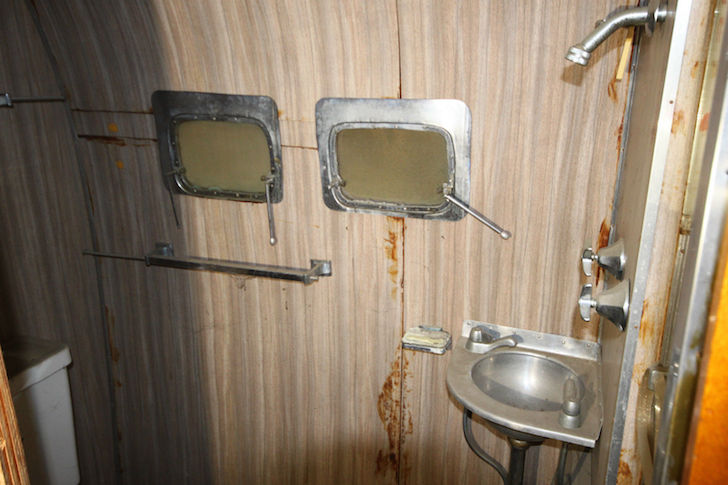 Good luck finding a replacement window latch like the original. 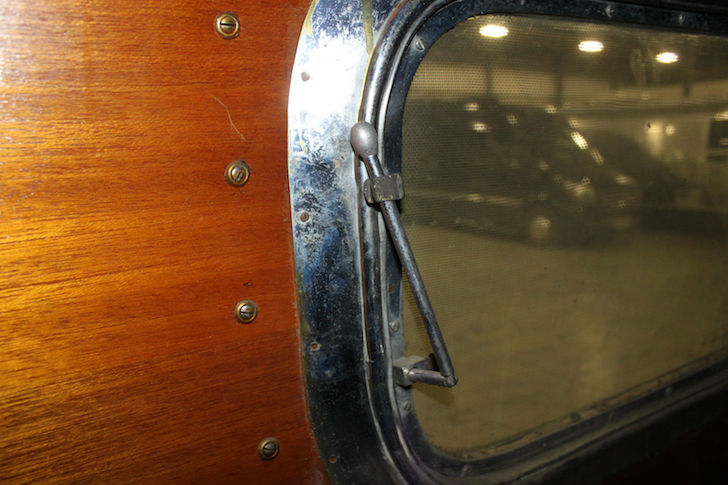 While certainly a historical artifact, it’s questionable if this antique trailer could be saved and put back into service. After all, renovating a vintage trailer isn’t an easy task.