After years of painstaking and nerve-racking research, Isabella Legosi Mori finally settled on her dream home. And it’s not what you’d expect. But that’s fine by her. She wanted her own place – that fit her own style.

So where did that lead? A tiny house on a trailer – a reengineered RV. Along with design-build company Camera Buildings, she made her dream a reality. She calls her tiny home on wheels Thousand Crow.

Although Camera Buildings created this tiny house, Isabella added her own personal design touches. The horizontal slats on the trailer are shutters that can be opened or closed depending on the light conditions. Living in the Pacific Northwest can get a bit gloomy at times. With the angled slats, Isabella can preserve privacy while also letting in as much sunlight as possible. 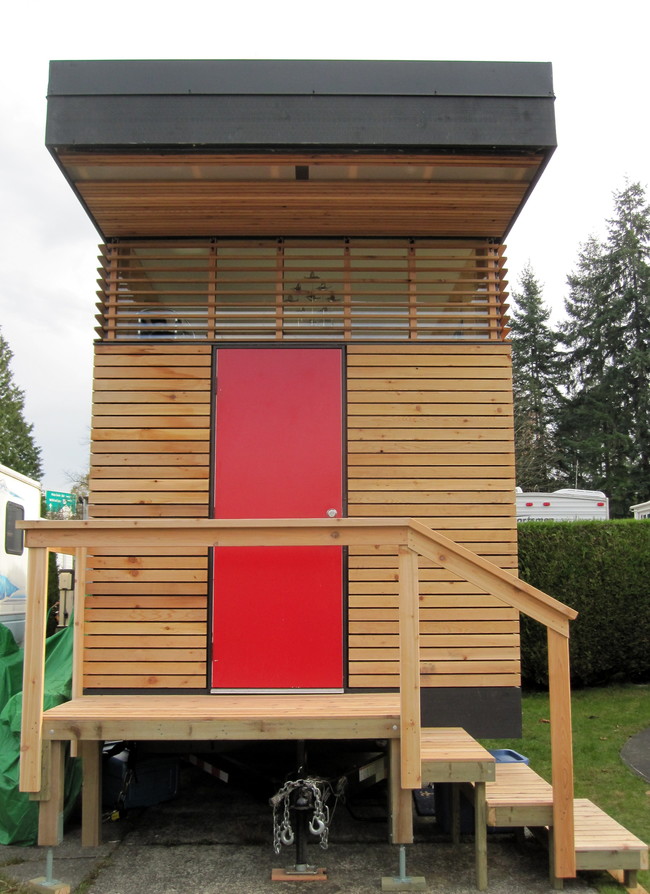 The single large room contains both the main living area and the kitchen. The bathroom is around the corner to the rear. 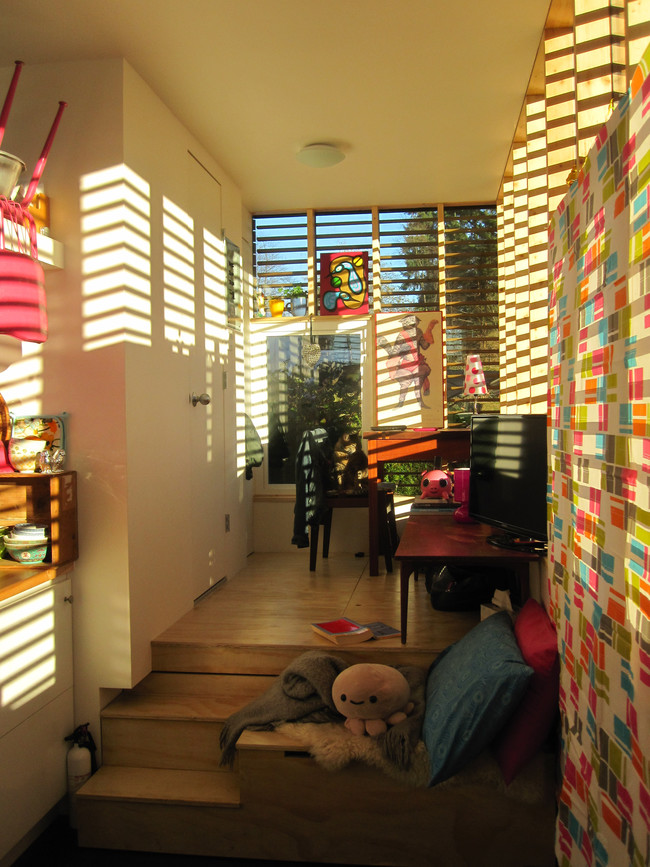 The living area sits on a raised platform that separates it from the entranceway. This small offset helps to create a sense of openness, making the small space feel larger. 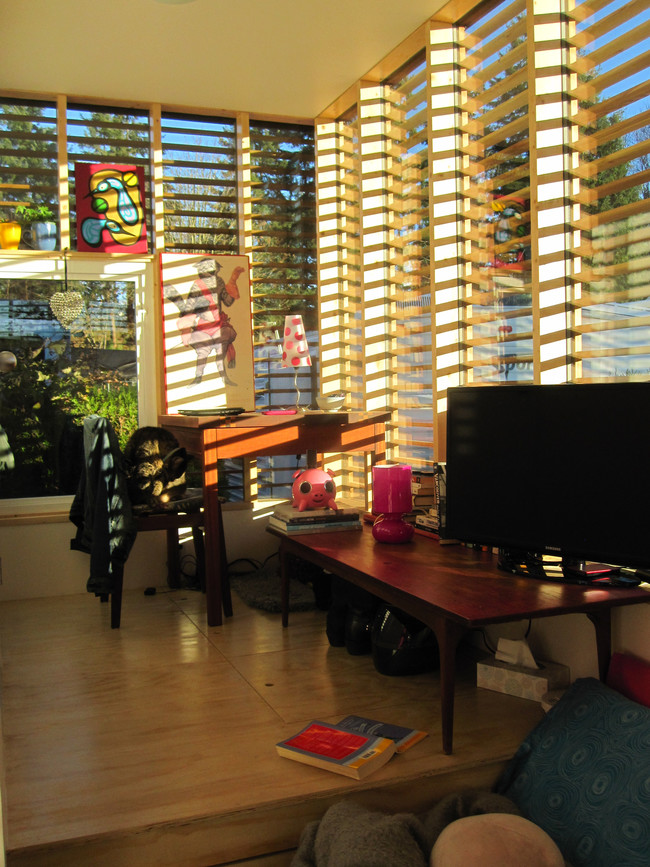 Isabella and her team made use of under-floor cabinets to maximize storage space. 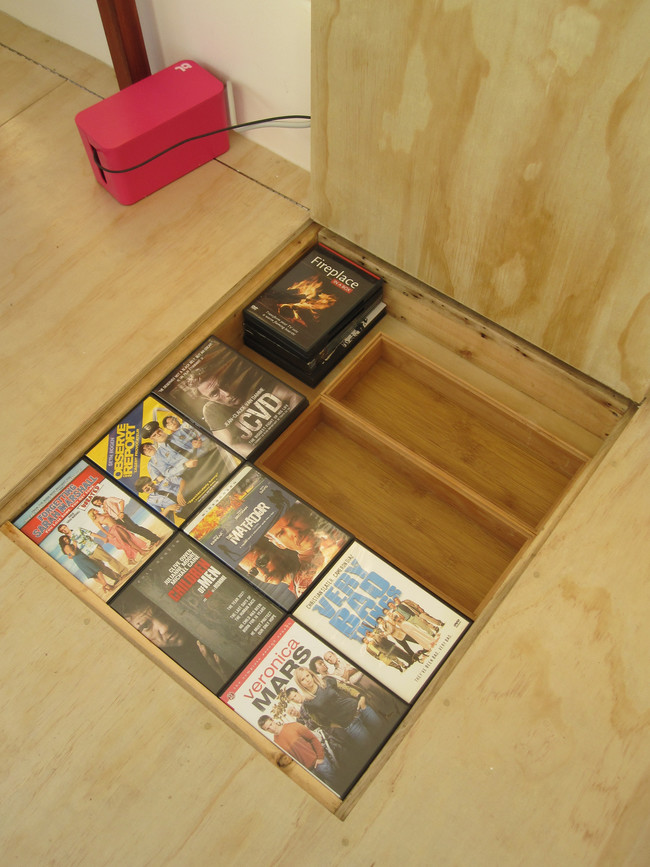 Some cozy pillows (and an adorable octopus) rest on the stairs. 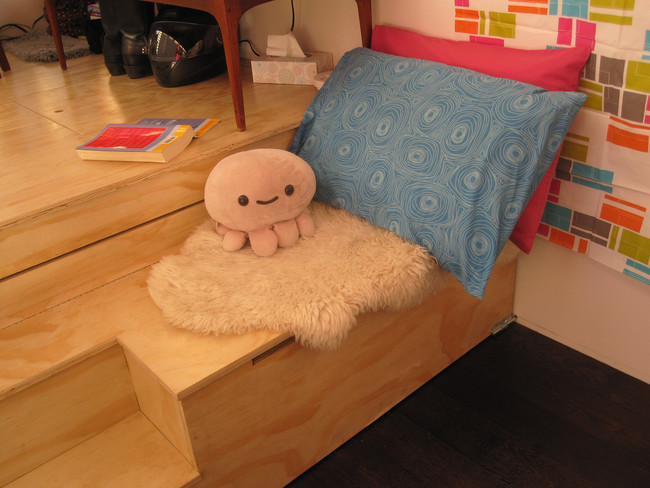 Though the kitchen may be small, Isabella has use of a double sink…one for washing dishes and the other for brushing her teeth. 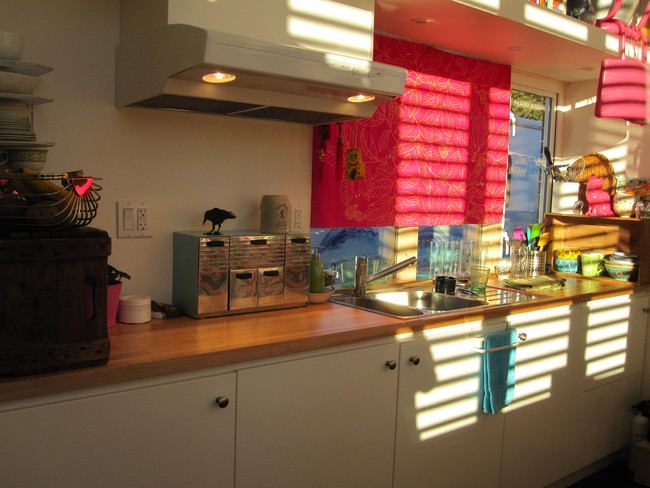 More storage above the sink. 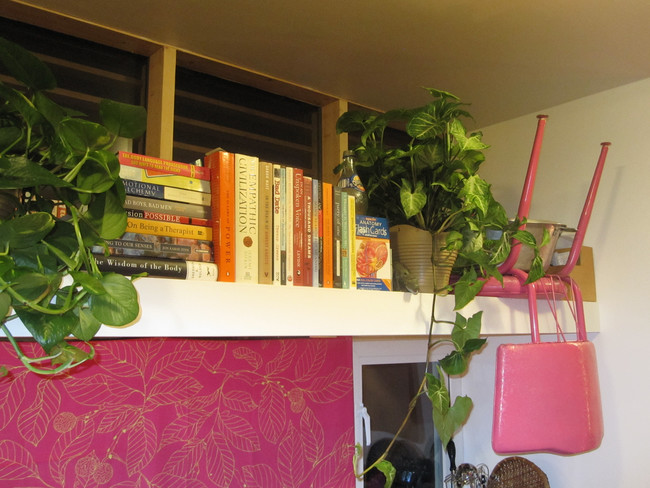 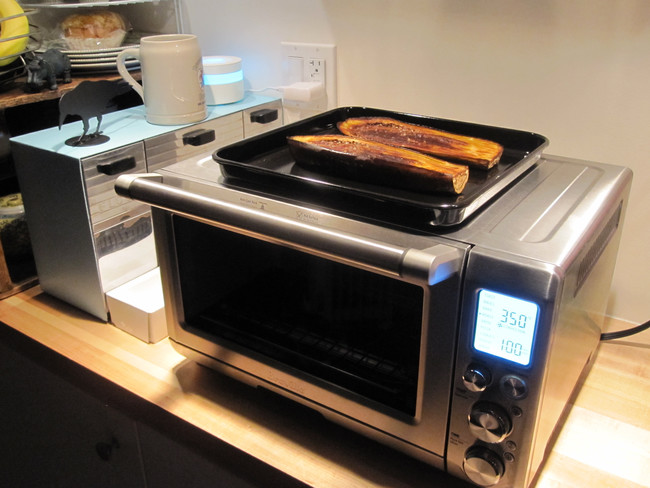 …while a pint-sized refrigerator calls the kitchen countertop home. 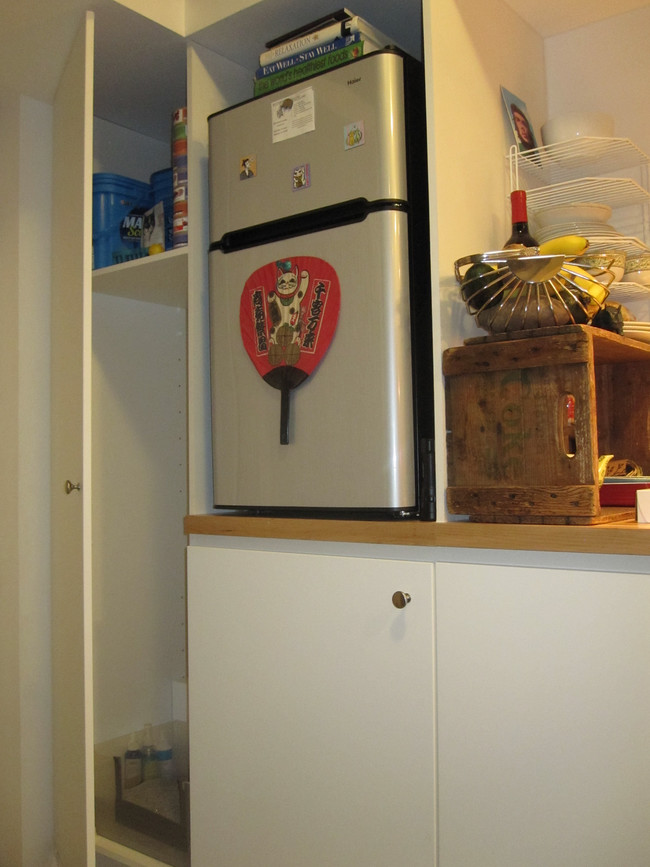 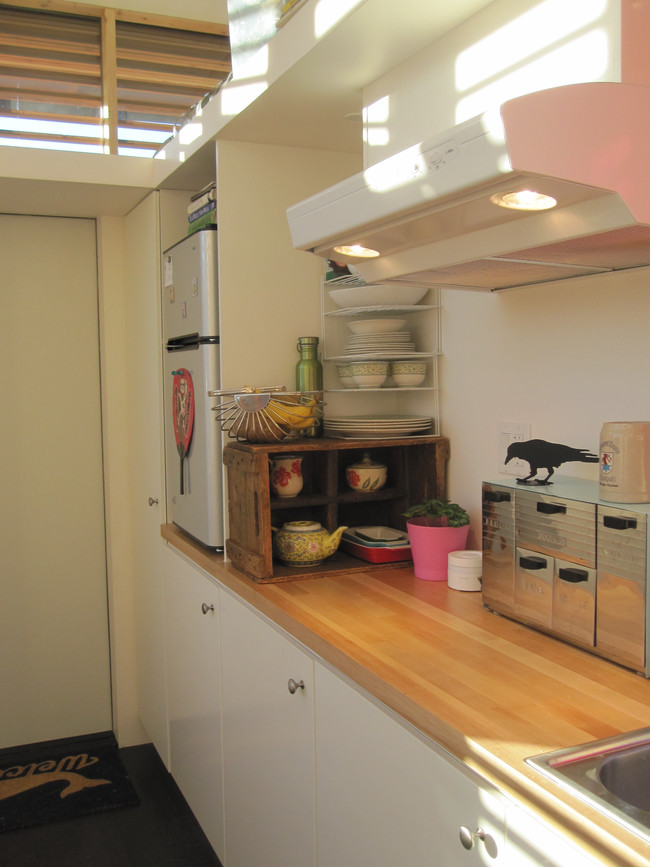 Many tiny houses on wheels have a lofted sleeping space, sort of like the cab over beds in a fifth wheel or Class C motorhome. Wary of a cramped loft, Isabella chose a pull-out bed that ingeniously slides underneath the raised living space at the rear of the house. 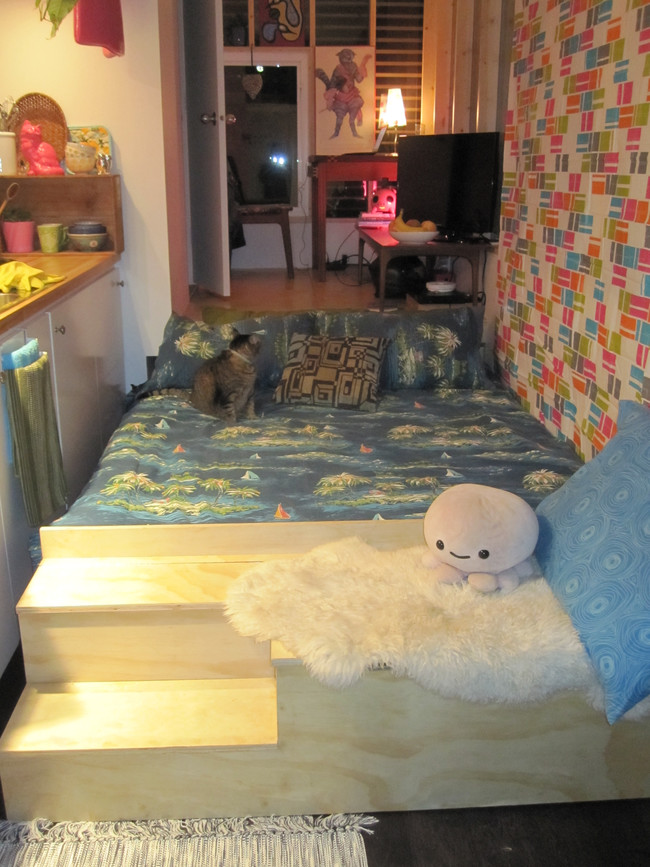 Two cats also live with her. Because a litter box can get stinky quickly (especially in a tight space), she vented the bin to the outside, and hooked up a computer fan to a switch for increased ventilation. 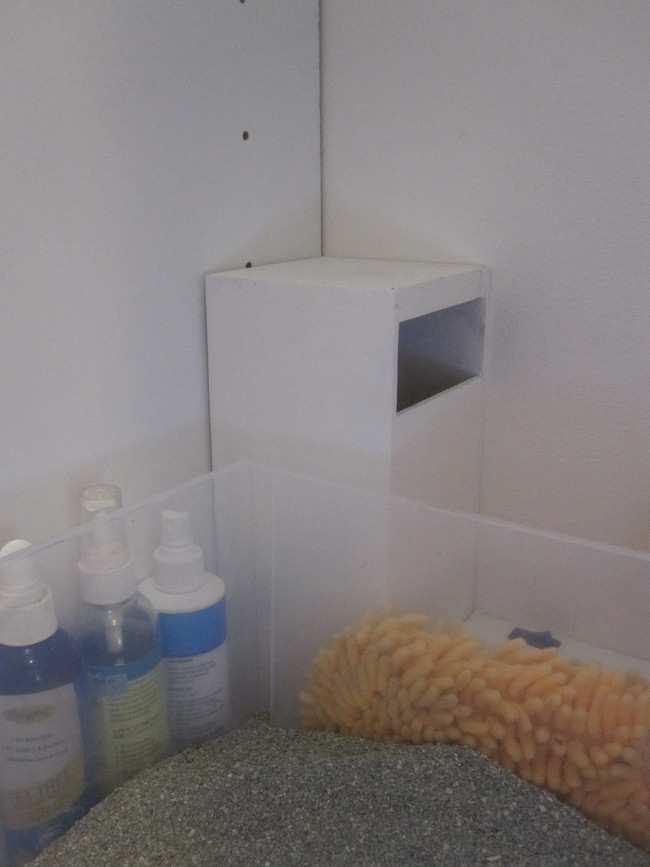 She saved space by not installing a third sink in the bathroom. The shower and toilet sit opposite one another. 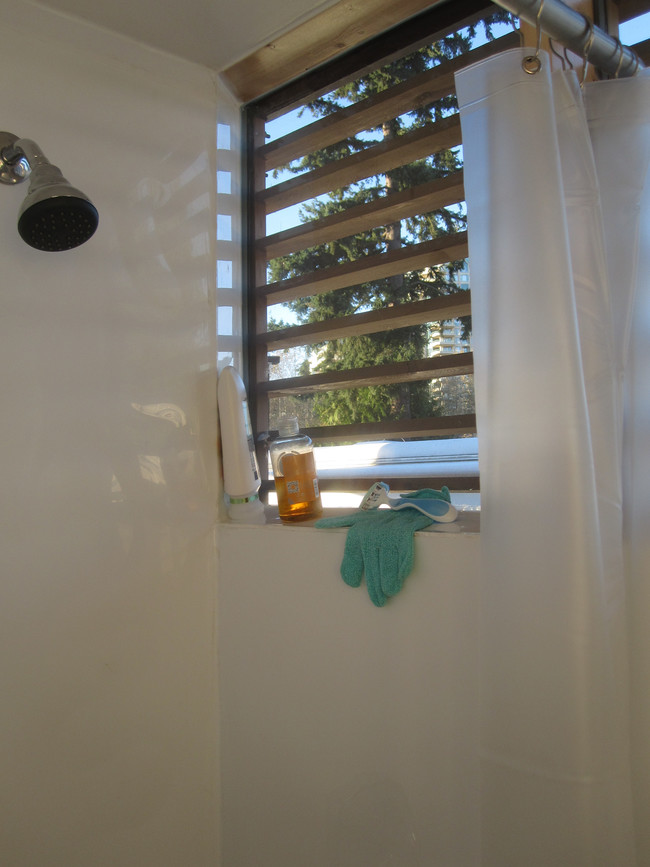 As with many tiny houses on wheels, Isabella can take her trailer-based home anywhere. As of this writing, she’s parked it at an RV park in Vancouver.

While the new RV-like systems (propane-powered tankless water heater and a composting toilet) have taken a little getting used to, she’s just happy “living life” after the hustle of finishing Thousand Crow.