Creative people around the country run all sorts of businesses out of Airstreams and other vintage RVs, but Yvonne and Chris Johnson might have one of the most unique. They’ve converted two Airstream RVs into photo booths for events in the Austin, Texas area!

The Airstream Photo Booth is a popular Austin rental for weddings, events, and festivals. 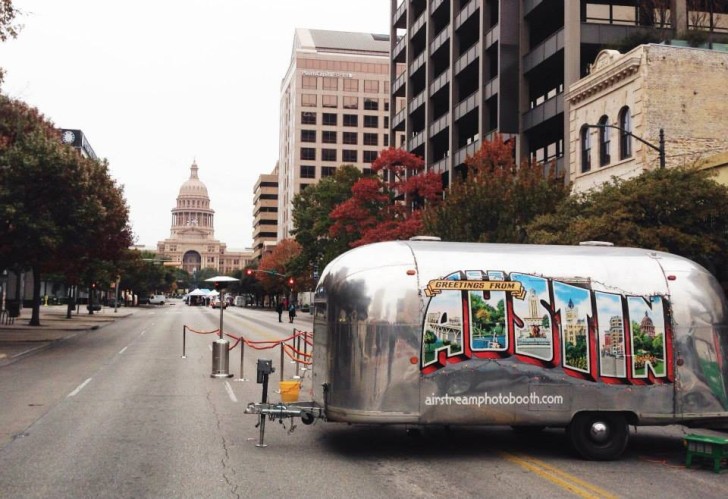 Yvonne and Chris are both wedding photographers, and noticed that photo booth rentals were becoming very popular for wedding receptions. They wanted to offer this service to their clients, but since Austin’s motto is “Keep Austin Weird,” they knew they wanted to offer something more unique than plain photo booths people could rent from any vendor in town. Yvonne explained,

With Airstream based food trailers being so popular in the Central Texas area we wanted to tap into this trend. And the Airstream Photo Booth concept was born!

The Airstream makes a unique backdrop for weddings and other special events. 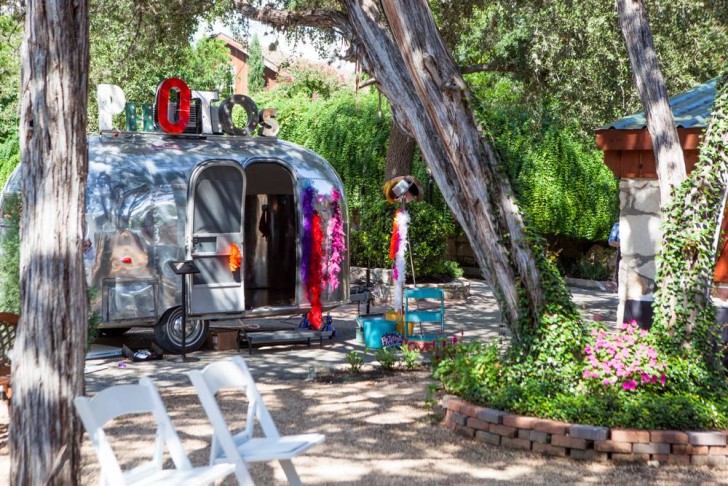 Couples who want a unique and memorable experience love the photos the guests take in the Airstream. 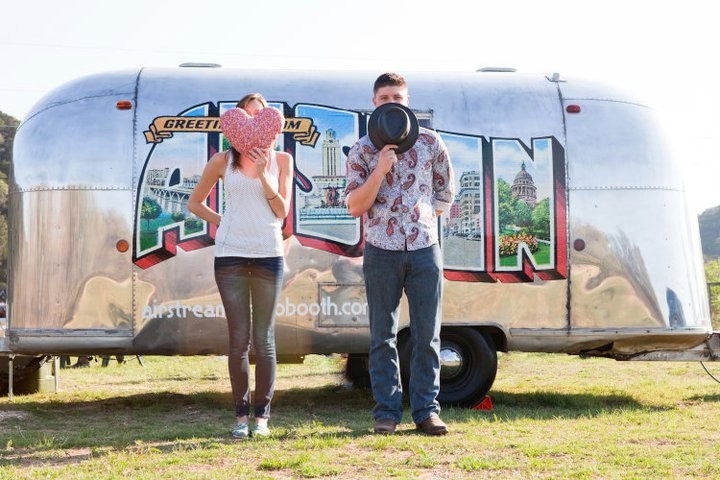 The couple’s favorite vintage campers are the pre-1970 Airstream models, so they looked for two from that era. Another important consideration for them was the exterior condition of the campers, so they made sure they purchased Airstreams with good “skins” – with no major dents or flaws in the aluminum. These Airstreams are meant to be show pieces at the most important event in a couple’s life, so they had to look the part.

The Airstream Photo Booth has replaced the cake as the most popular part of wedding receptions. 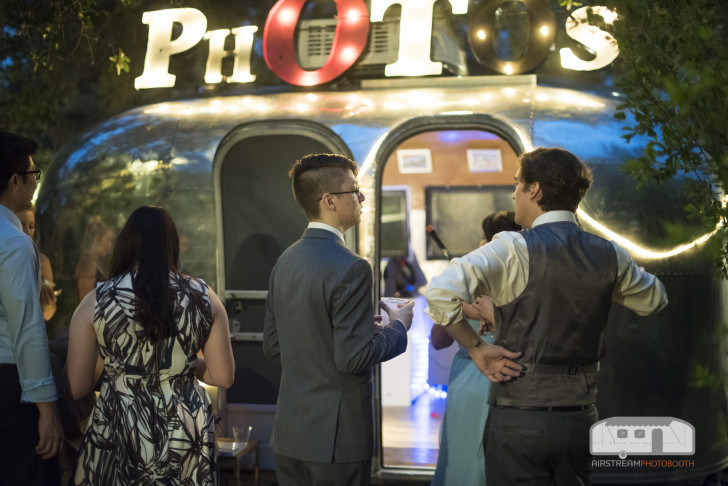 The Bambi needed extensive interior changes to be converted into a photo booth. The other trailer had been fully restored when they purchased it, saving them time. The most important thing for the Airstream photo booths was safety, since they have clients coming in and out of the campers at events. To make sure everything was in good condition, they hired electricians to do safety checks and rewired the Airstreams as needed.

Everyone, including the bride, enjoys playing dress-up in the fun props that come along with the photo booth. 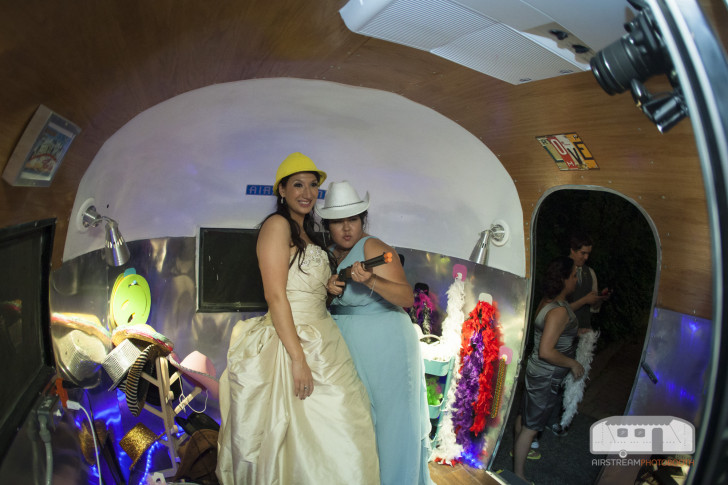 Like any Airstream owner can tell you, the hardest work was polishing the trailers to a mirror finish. This can be an expensive task, so they learned how to do it and did the work themselves! It took hours and hours, but the end result are shiny Airstreams that capture the imagination and hearts of brides across Austin.

Vintage inspired lights spell out “LOVE” in the back window of the Airstream, and of course everyone does love this unique photo booth. 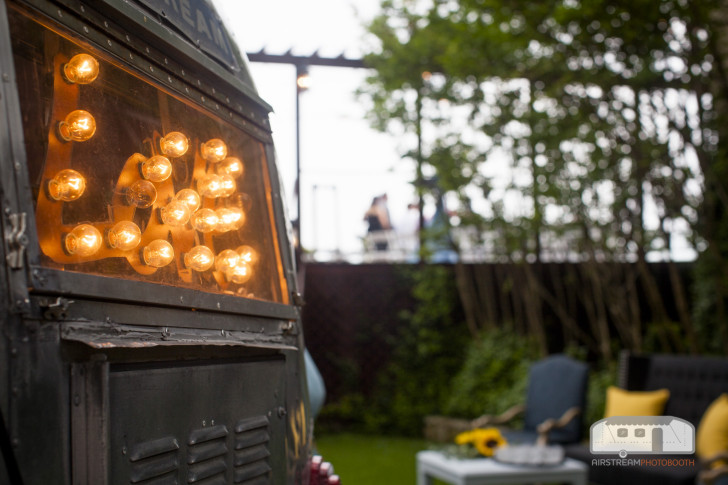 The owners say the hard work has been worth it. Brides, guests, and people they pass on the road on the way to an event all compliment the Airstream photo booths. Yvonne says people’s reactions are priceless,

Most people say ‘This is so cool!” or “This is the best photo booth ever!”

We meet a lot of great people and a lot of camping and RV enthusiasts so it’s fun to talk to people about their road trip adventures!

The shiny Airstream Photo Booth is even welcome at elegant events, thanks to its gleaming exterior and Austin-themed graphics. 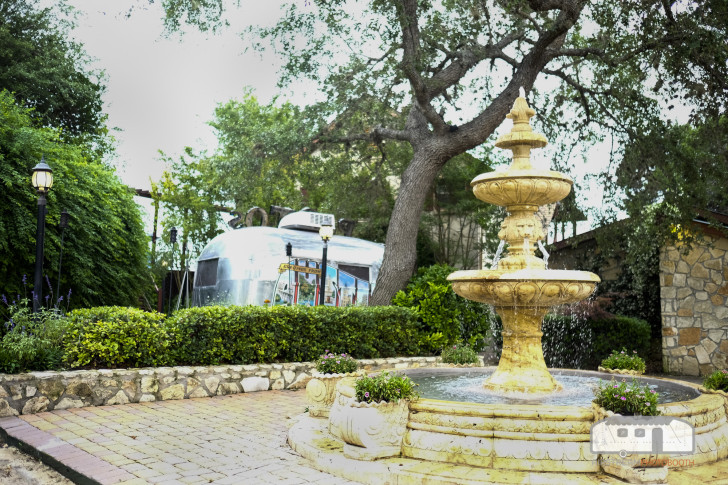 Although lots of brides and events have booked the Airstream Photo Booth, it’s a must-have for couples who love RVs,

The smaller Bambi Airstream Photo Booth has even been set up inside event centers for indoor receptions. 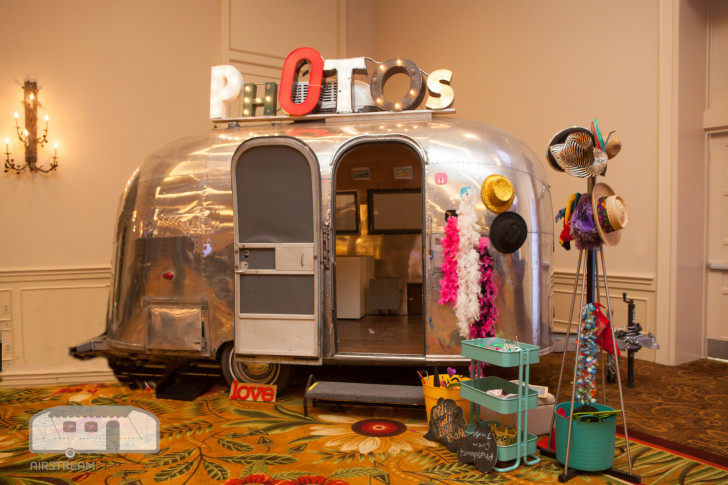 Running their photo booth business out of their Airstream trailers isn’t without challenges though. It’s labor intensive in a way that traditional photo booths are not. Hauling the trailers to the locations, setting them up, and tearing them down at the end of the night takes extra effort. A three hour event might turn into a ten hour day, but the benefits outweigh the hassle as far as they’re concerned. People have so much fun in the Airstream photo booths that Yvonne says it makes their job a lot of fun!