Skip to content
Table of Contents show
Once a forlorn sailboat, soon a Burning Man RV.
A sailboat’s watertight hull provides the perfect defense against the blowing dust of Black Rock City.
These louvered double-doors provide increased ventilation to the sleeping compartment.
Mark’s under seat ice chest will hold a week’s supply of food, kept cool with dry ice.
Share this post:

Mark Hebert has been going to Burning Man in the Black Rock Desert of Nevada for 13 years, and this year he is determined to go in style. After obtaining a 22 foot 1972 Coronado fishing boat, he decided to keep it on its trailer and turn it into an RV to use for Burning Man and some “regular” camping.

Once a forlorn sailboat, soon a Burning Man RV. 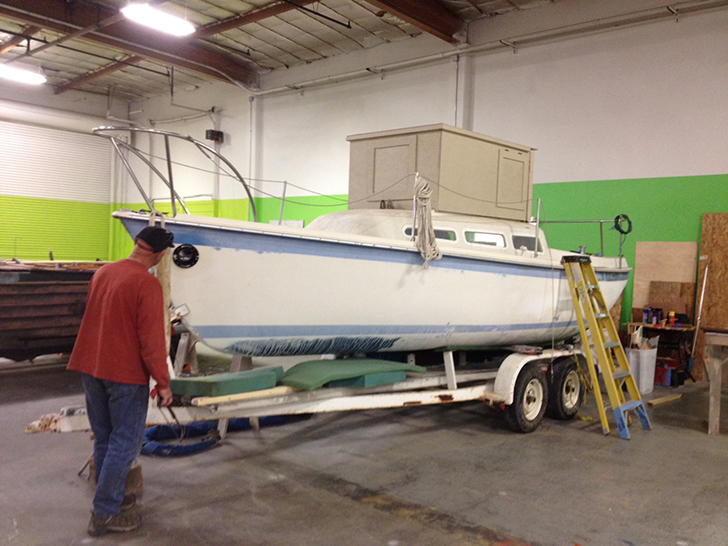 “The sailboat is the perfect camping vehicle,” Mark said. “Not only does it have a low keel to make it safe on the road, but it’s waterproof and self-contained and keeps you up out of the dirt. This will be my little retreat.”

Most Burning Man participants bring various RVs, handmade structures, tents and tipis and other shelters to the desert event and set up house in Black Rock City, the living area of the event. Structures in Black Rock City have to be able to withstand high temperatures, cold nights, windstorms and the infamous dust storms that make their appearance during the week-long event.

A sailboat’s watertight hull provides the perfect defense against the blowing dust of Black Rock City. 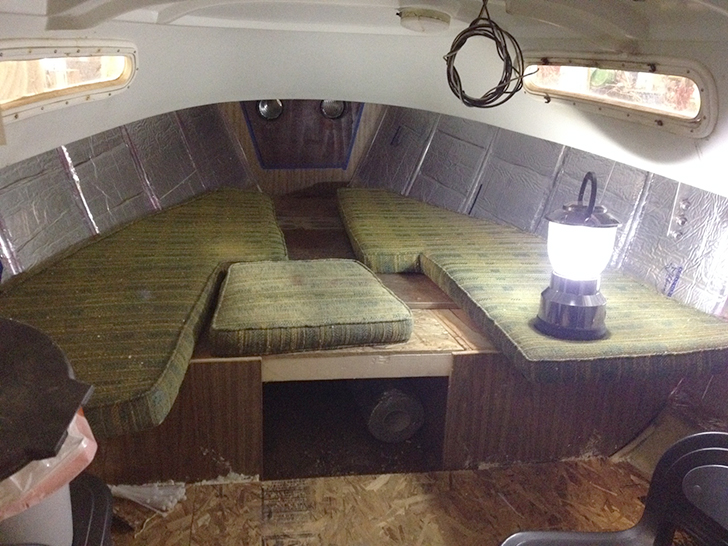 The boat will be named Double Bed—a suggestion from his girlfriend. She said she would only sleep in the RV/boat hybrid if it had a double bed.

Much of the original boat is staying put including the V-berth for sleeping and the cockpit seating. The boat’s salon will have an extended standing area where Mark plans on putting some storage containers for clothing. It’s also a great place to stand up to dress or wash. Mark has other plans for the very strong roof as well.

These louvered double-doors provide increased ventilation to the sleeping compartment. 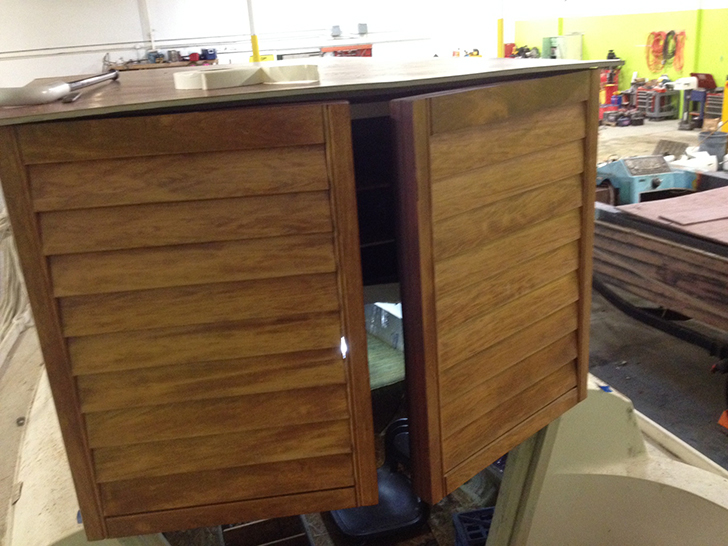 Mark also snagged a few office chairs that he hopes to turn into portable seating for both inside and outside the salon. He picked up the double louvered doors for $24 from Habitat for Humanity and they allow airflow through the sleeping area. The RV will not have a kitchen (just a small camping stove), but it will have a generator to run a swamp cooler—indispensable in the desert where daytime temperatures can reach nearly 100 degrees. His ice chest filled with dry ice and a weeks worth of food will be stored under the ready-made hatches in the cockpit benches. He also plans on painting the exterior of the boat and is open to colors and ideas.

“Tabula rasa,” Mark said. “Right now it’s a blank slate and it’s fun to make it up as I go along.” 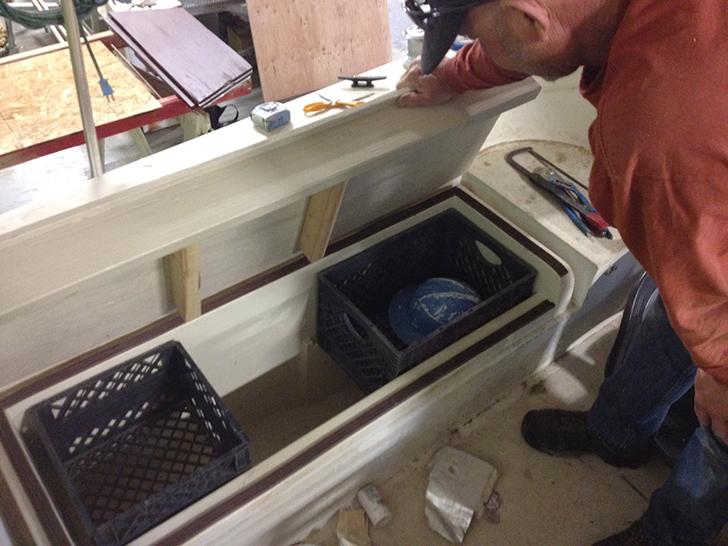 After all is completed, Mark thinks he will only be spending about $1,200 for the entire project.

“It’s all about radical simplicity,” Mark grinned. “I’m used to scrounging for my projects to keep costs down.”

Mark is building his unique RV inside The Generator, a 34,000 square foot maker space in Reno, NV (about 100 miles south of the Burning Man event). The Generator is a member based space where various builds, art projects and experiments are conducted. Mark is a busy guy—another one of his projects is an indoor aquaponics area complete with grow lights.

Mark is no stranger to building for Burning Man. He was the principle builder of the outer towers for the incredible 2011 Temple of Transition that made headlines with its beautiful design. He worked on the Library of Babel and last year make sparks with the Control Tower—known for it’s towering fireworks show.