One thing RVers have to worry about when boondocking in remote locations is wind.

TruckCamperMagazine even published an article about his family’s love of four-season truck camping in Southern California.

It’s safe to say that Nolan is an experienced truck camper. But nature doesn’t discriminate.

It was the week before Christmas, and Nolan and his kids were driving home from a camping trip to the Anza-Borrego Desert State Park. (You can read about his trip and see some of his awesome pictures here.)

He was traveling on a Bureau of Land Management road, EC085 to be exact, and only going about 25 mph when a strong gust of wind tore the Wolf Creek camper right off the truck.

Thankfully, he and his two kids were OK as all three of them were riding in the cab.

But the camper – and the bed of the truck – were in rough shape.

Here’s some pictures of the accident and resulting damage.

Getting ready to head home from Anza-Borrego Desert State Park. 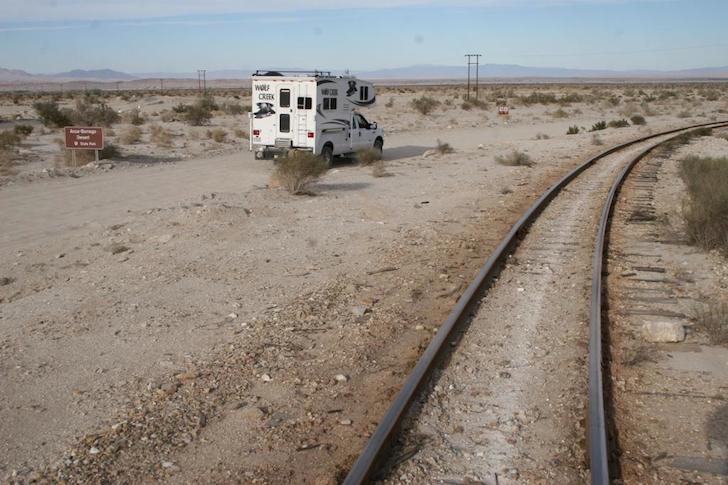 Shortly after leaving a strong gust of wind blew the camper off the back of the truck. 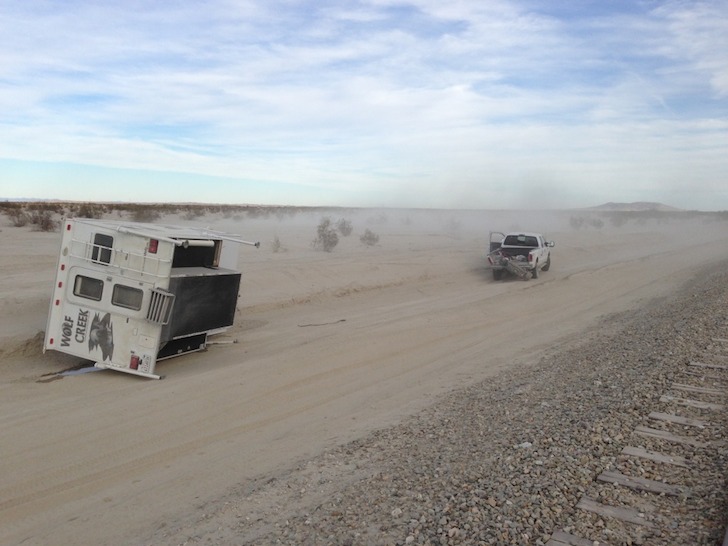 A truck camper on its side – not a pretty sight. 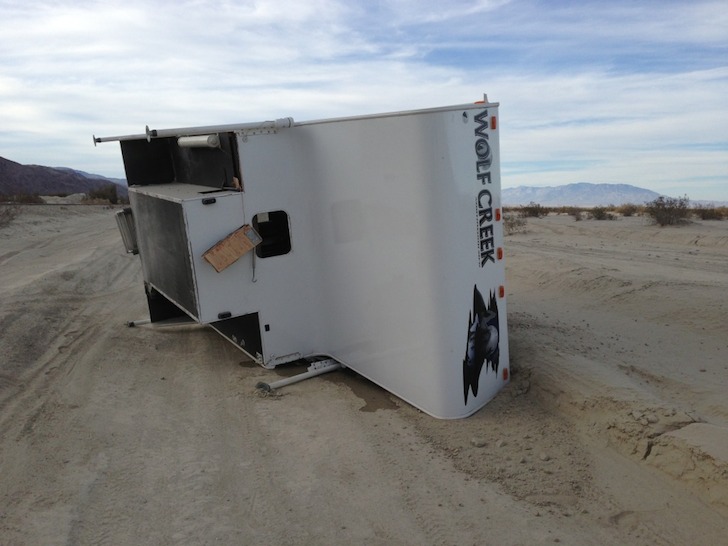 Closer look at the damage to the splice. 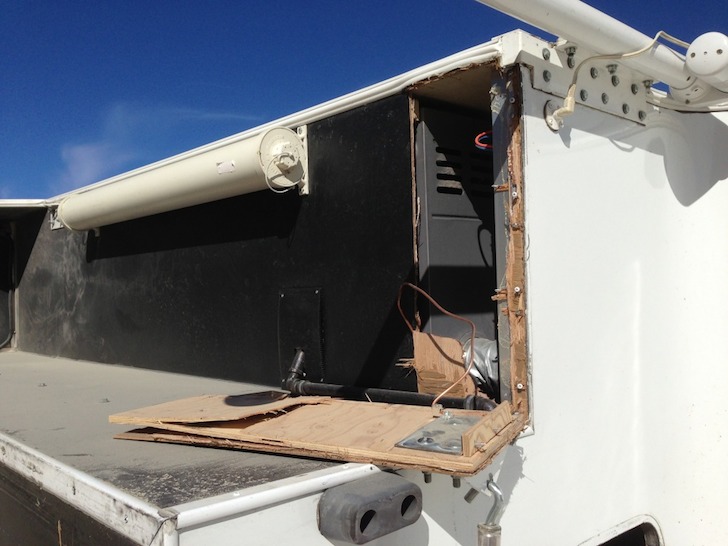 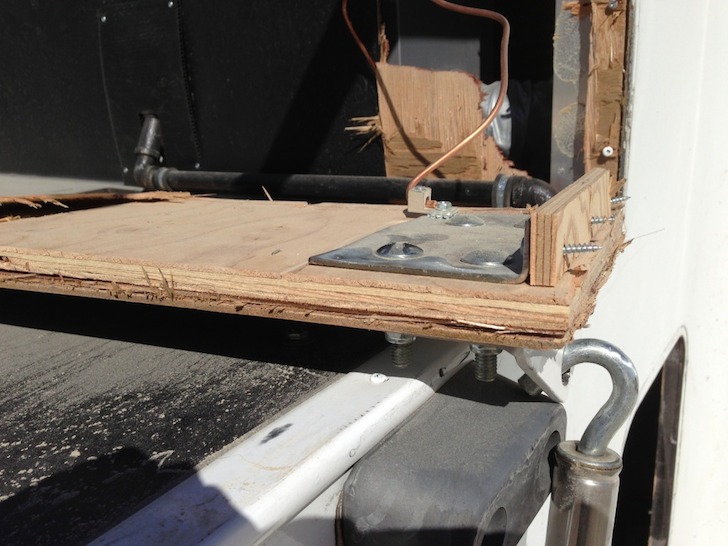 The truck had a bent bed rail. 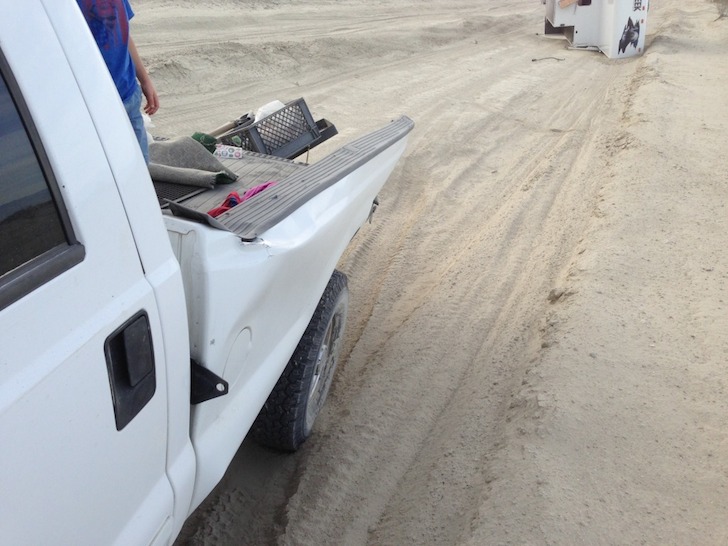 View of the bent rail from the rear. 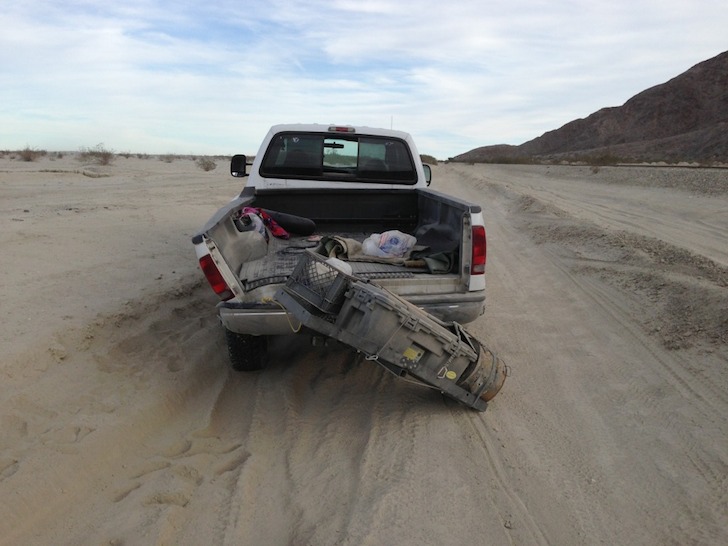 The jack was torn off the camper too. 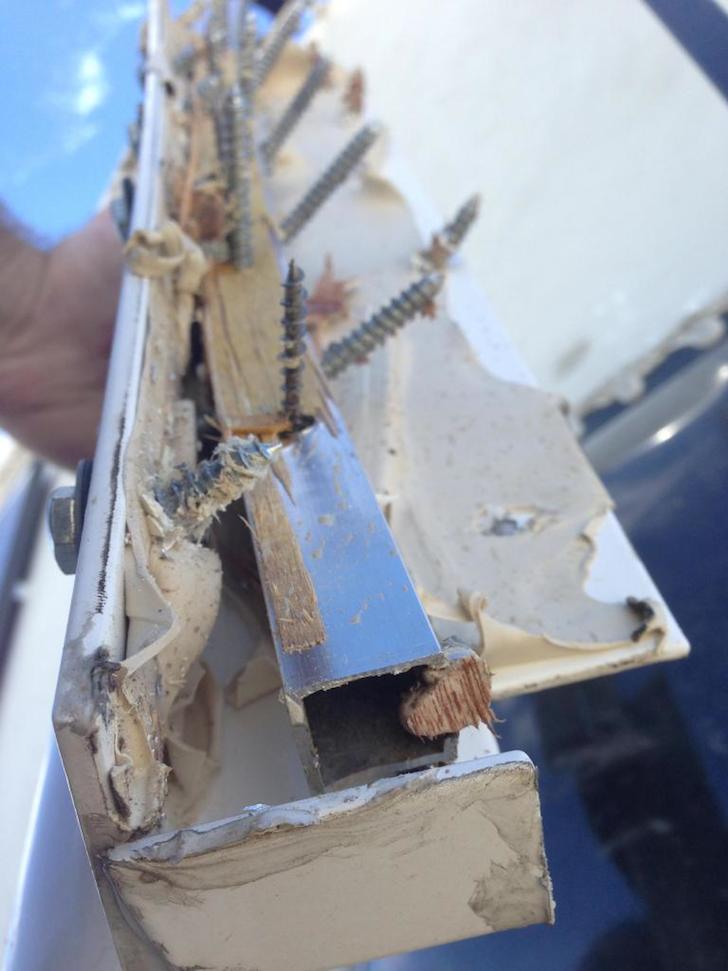 Here’s what Nolan had to say about the cause of the truck camper separation,

Upon further inspection I noticed the cause of the camper becoming separated from the truck was my Wolf Creek was manufactured with a spliced in piece of plywood where the front passenger anchors are installed and this spliced plywood separated from the skirt. When the front tie down became separated I noticed my bumper was tweaked a bit upward and believe the rear tie down became separated by pulling up on my bumper. Before starting to travel on EC085 I called my wife to tell her we were going to stay one more night. Knowing I was about to be driving about 20 miles on a dirt road I specifically checked all my spring loaded turnbuckles to make sure they were nice and hand tight snug. I am fully aware of keeping the turnbuckles hand tight and not using a tool to tighten them down. 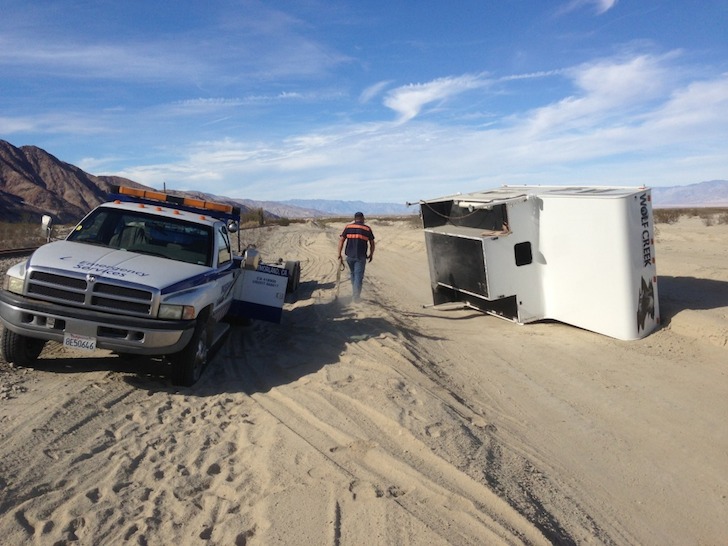 It was a one person job getting the camper onto the towing company’s flatbed trailer. 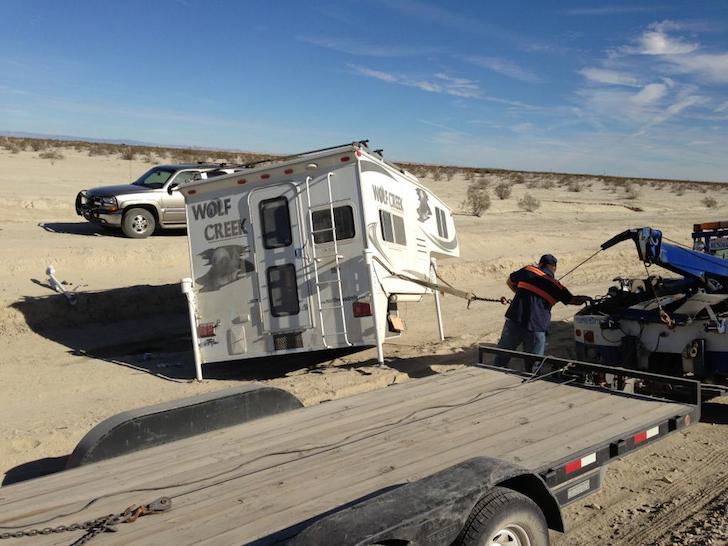 And soon they were on their way. 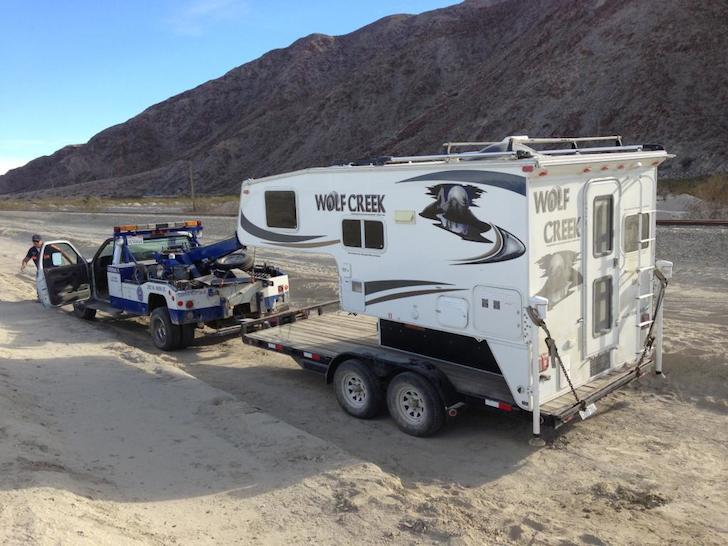 Luckily both my truck and camper are insured both were deemed total losses and I am very happy with the settlements on both. I kept my truck and just got a new bed put on it. It was nice to find out the 2014 Ford F350 truck bed fits my 2001 Ford F350.

I am in the market for another camper…

Nolan also found out later that, while his Wolf  Creek was a total loss, someone bought it at auction, repaired it – and sold it on Craigslist! I wonder if the seller disclosed to the new buyer what the camper had been through?