Looking for a prime fishing spot?

Look no further than British Columbia, Canada. There are thousands of opportunities in BC to put your rod in the water, and with any luck, snag a fish for supper. The most difficult decision will be selecting the region you want to take your RV, because with over 100 river systems, 350,000 lakes, and over 15,000 miles of coastline, there’s a lot to choose from.

Vancouver Island is an angler’s paradise

From Victoria in the southernmost part of the island up to Port Hardy, there are plenty of opportunities to fish to your heart’s content. Everyone loves salmon and the west coast of Vancouver Island has some of the best salmon fishing in the world.

The tidal waters off the coast are home to many lodges whose local guides will take you where the fish are. Get ready to reel them in.

Visit any of the coastal towns on the eastern side of the island to find many fishing charters available for day or longer trips where you may catch salmon, halibut, rock cod, lingcod, and of course shellfish.

Traveling east from the City of Vancouver is the Fraser River, famous for large salmon runs and white sturgeon, the largest freshwater fish in North America. Other nearby rivers have plenty of salmon, trout, and steelhead just waiting for you.

The interior of British Columbia’s is known for trout fishing

Traveling inland towards the Thompson Okanagan, there are hundreds of lakes rich with a variety of fish, including the famous Kamloops rainbow trout. This area has many provincial and national parks with beautiful campgrounds alongside pristine lakes and rivers teeming with Kokanee, rainbow and lake trout.

Follow the Gold Rush Trail into the Cariboo Chilcotin Region

It will be difficult to choose which of the 8,000 lakes and thousands of miles of rivers to visit for an astonishing range of fishing experiences. The lakes are teeming with rainbow trout, just waiting for you to come along. Ready for a fight? Then you will want to cast a line for steelhead in one of the rivers they call home.

If it’s fly fishing you want, then the Kootenay Region should be your destination

In the southeastern section of the province is the historic Kootenays, with abundant lakes and rivers and outstanding scenery. Step back into a time when the pace was slower and less hectic and the challenge of hooking a rainbow took precedence over everything else.

Get ready for a good fight if you want to land a bull trout or cutthroat in the Columbia River, or better yet, catch a 20 lb Gerrard rainbow trout in one of the many deep-water lakes. Looking for bass? You are in the right area.

Looking for another area perfect for anglers? The waters near Prince Rupert, Haida Gwaii, or Kitimat in Northern British Columbia are world-famous for salmon, halibut, and large 50 lb Chinook. Some of the best steelhead fishing in North America is on the Skeena River, and if it’s trout that lures you here you’ll find many lakes have healthy stocks of rainbow trout, cutthroat trout, and char.

Whether it’s in the pristine waters of lakes and rivers in British Columbia or off the Pacific Coast, keep your fishing rod handy and be ready for the challenge of reeling in a 25-pound chinook salmon, a giant sturgeon, a beautiful kokanee, or that elusive bass. Fishing in the waters of British Columbia will give you memories to enjoy for many years to come. Bring your fishing rod and visit BC. 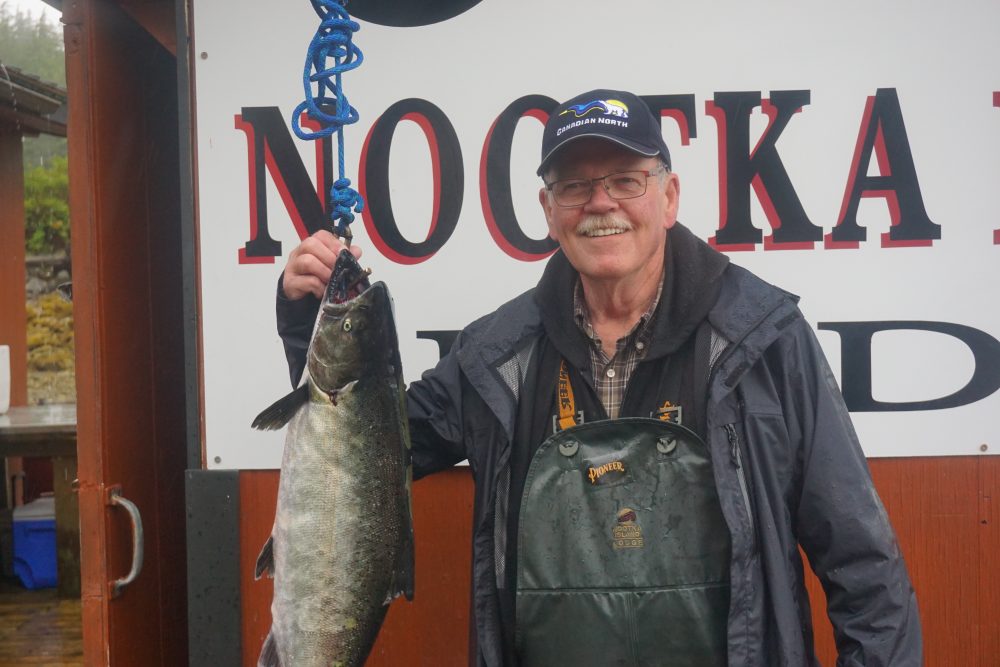 Hundreds of Federal, Provincial, municipal, and private campgrounds and RV parks can be found throughout British Columbia, Canada’s westernmost Province. You can view them by city on RV Park Reviews and find them along your route on RV LIFE Trip Wizard.

Fees vary depending on whether you are a resident or non-resident of Canada. Unfortunately, non-resident fees are quite a bit higher but it’s possible to get a license for 1, 3, or 5 days, depending on how long your fishing trip will be. Tidal water licenses are a different license than when fishing on any freshwater lakes or rivers.

Licenses can be purchased at many fishing lodges, marinas, sporting goods stores, outfitters, and service stations, and also online through Fisheries and Oceans Canada at www.dfo-mpo.gc.ca