Warning: This post contains video with explicit language (swear words!) and is Not Safe For Work (NSFW). 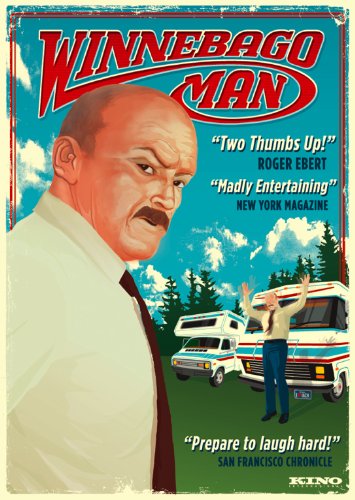 Back in the summer of 1988, Winnebago hired a seasoned Canadian TV broadcaster by the name of Jack Rebney to shoot a few promotional clips for their Itasca Sunflyer motorhome line.

I didn’t have things the way I wanted them. I’m a rather demanding individual and the situation deteriorated to the point that I said, “That’s it, it’s got to stop. You’re killing me.

The outtakes were passed along on VHS tapes until a few early YouTube users uploaded the clips onto the video sharing site.

They pieced together a 4 minute clip that will leave you in stitches.

In 2002, filmmaker Ben Steinbauer tracked down Jack Rebney and made an hour and a half documentary on Jack called, “Winnebago Man”

The movie received rave reviews from many famous movie critics, including Roger Ebert. You can buy the cult-classic here.