DoItYourselfRV reader and New Zealand native, Stephen Grey, recently shared some pictures of his amazing 1972 Dodge Lark motorhome with us.

The Dodge Lark was made by Travel Equipment Corporation from 1968-1978. The company was based out of Goshen, Indiana, and also made other RVs like the Camp Mate and Travel Mate.

Here’s what Stephen said about his find,

I live in New Zealand. My family and I have an interest in retro trailers (caravans). We have 4 and a rare 1954 Ranger pop up I purchased in San Diego last year.

We had two trips planned to the USA for late this year and early next year so I thought it would be good to purchase an older RV rather than rent one.

I searched Craigs List around California as well as Ebay. I found a 70s Dodge in LA but it sold quickly.

This one I saw on Ebay and put it on my watch list but didn’t give it much thought. It was based in Toledo, Ohio.

The RV is 1972 and had only 20126 miles on the clock. It had been in storage since 1978 with a number of classic cars. With the low miles I was confident the RV would be in reasonable condition.

When I finally got to Toledo some months later it was in better shape than I expected. After sorting out the brakes and the cooling system we drove it 3500 miles and finished in LA.

Everything in the RV worked including the water heating, fridge, furnace and plumbing.

We will take it on a trip to New Orleans next April. We are absolutely wrapped in our find. She runs like a dream with her 360 V8.

Outside the 1972 Dodge Lark motorhome. 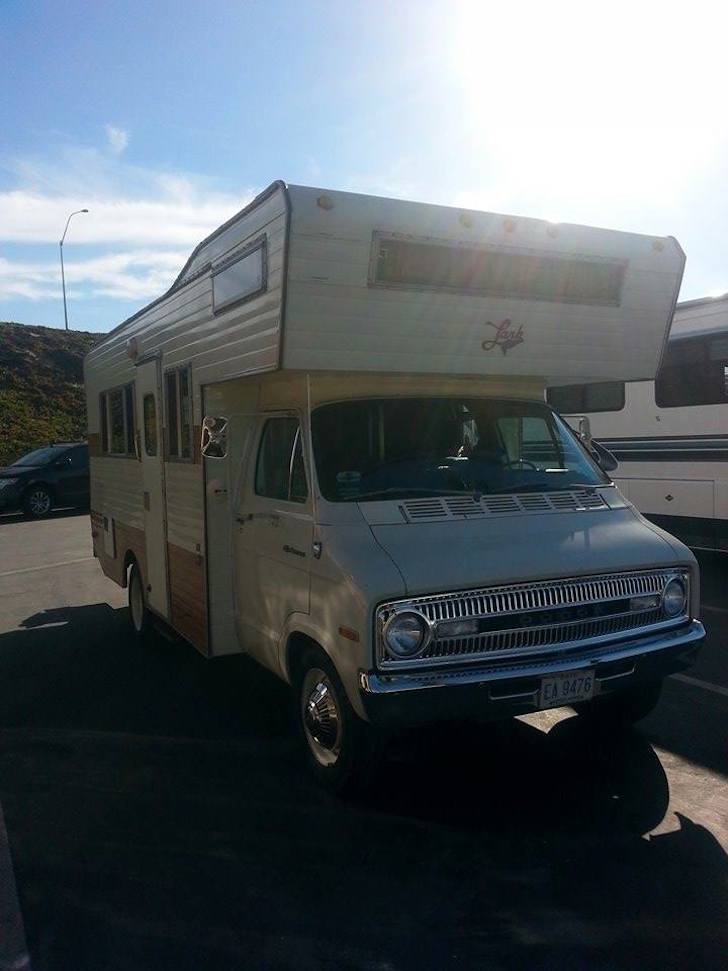 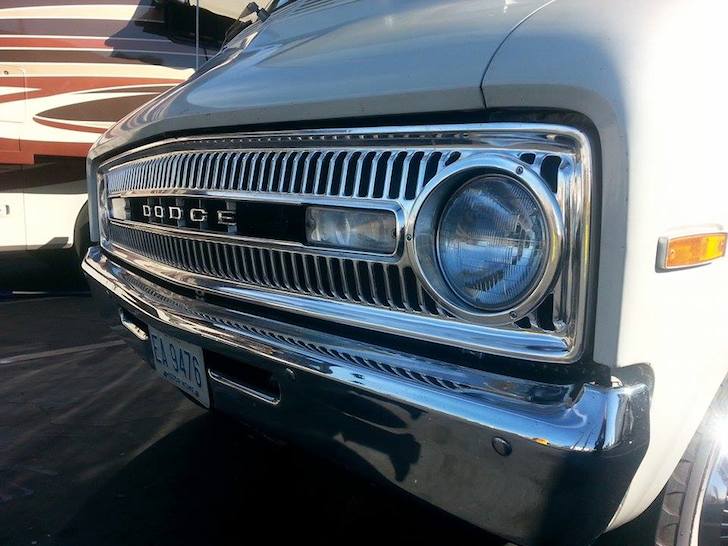 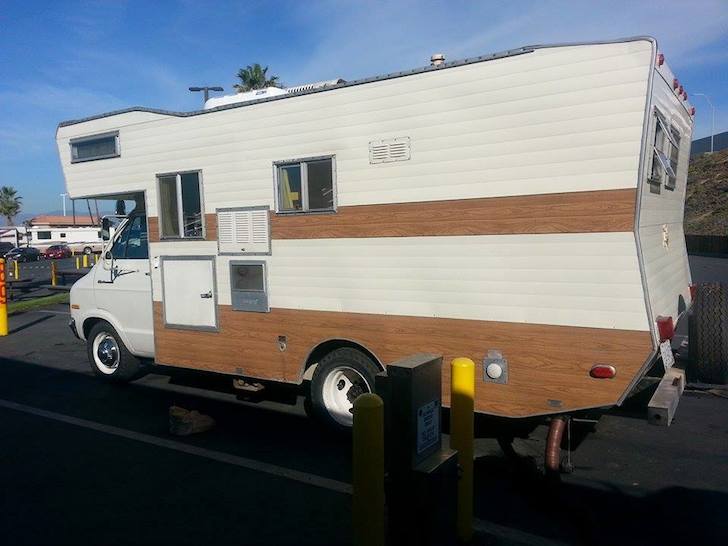 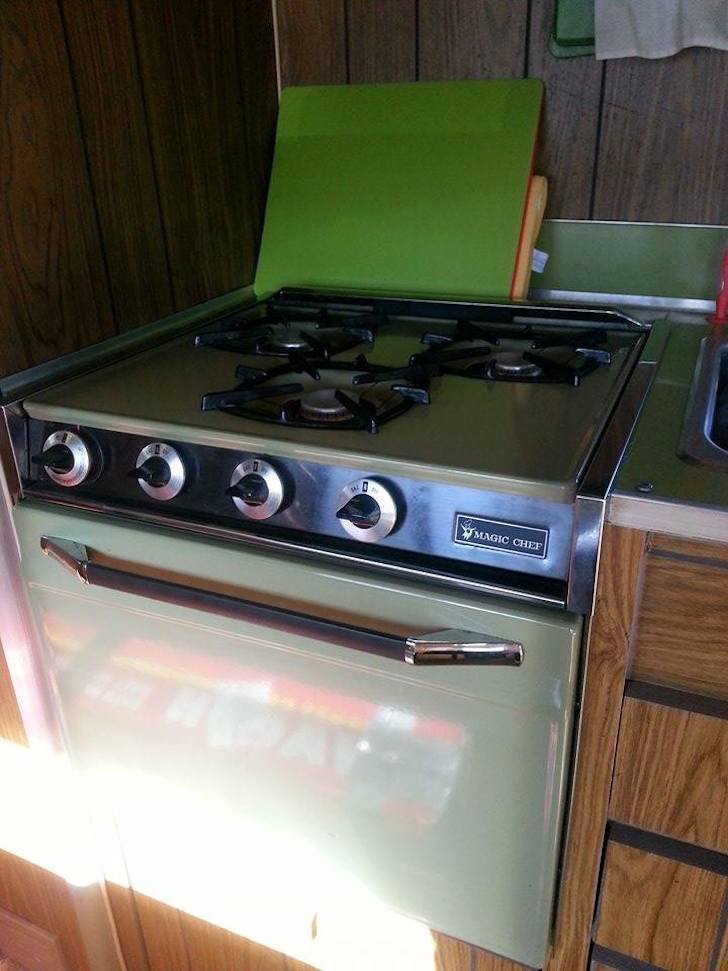 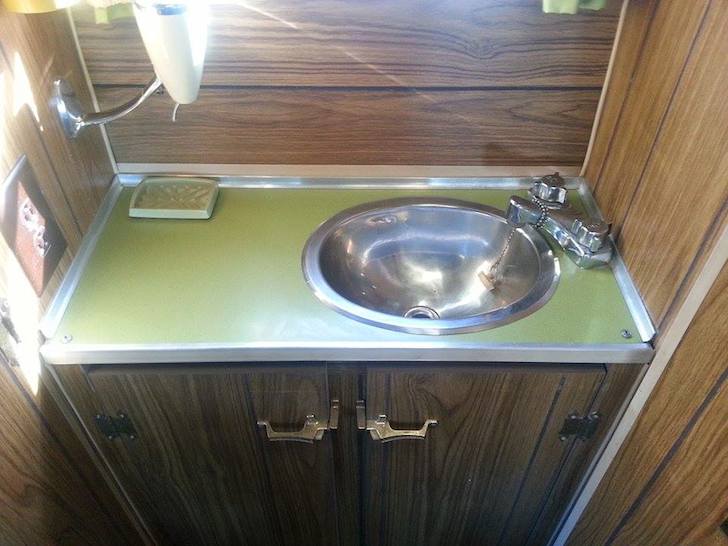 Floral pattern on the seat cushions. 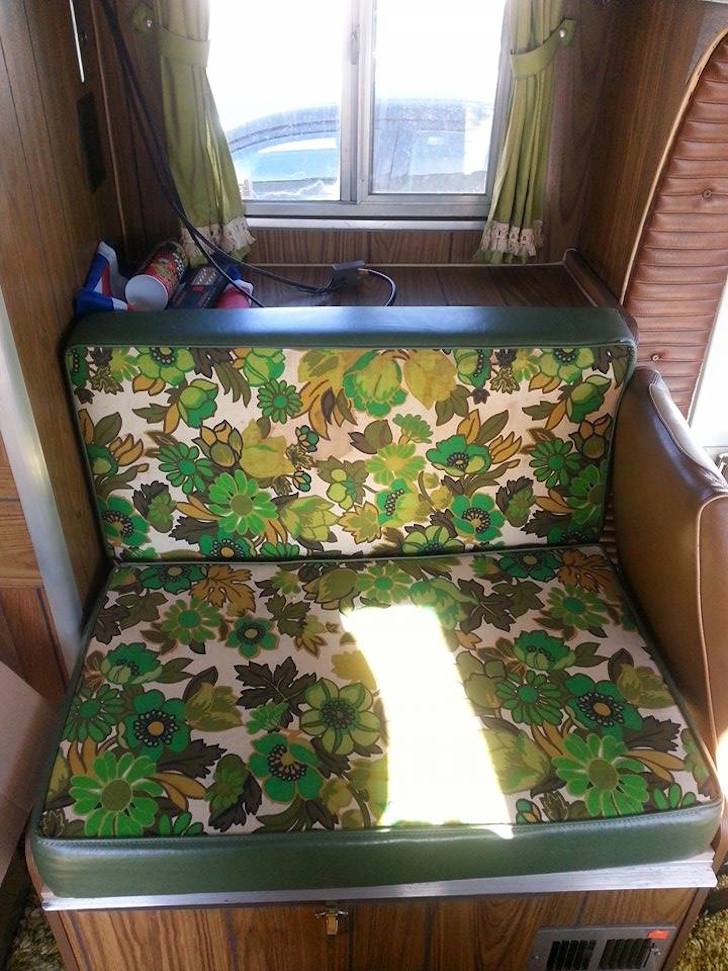 Sink in the washroom. 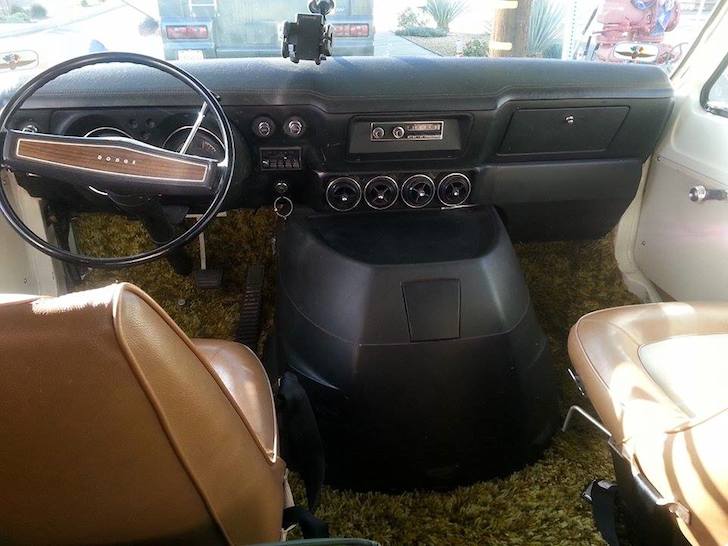 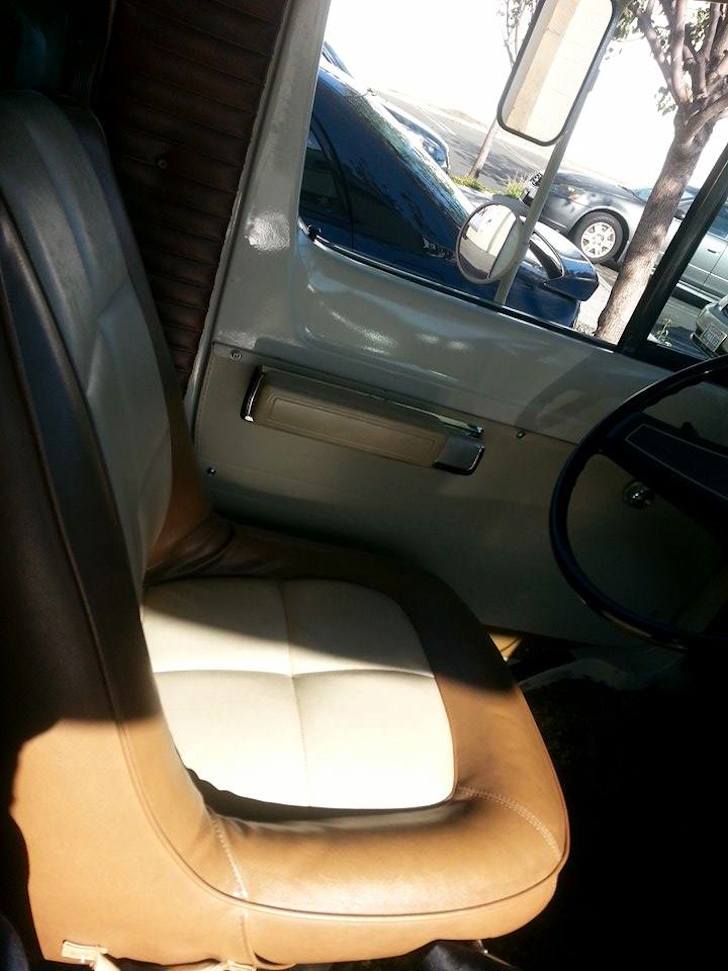 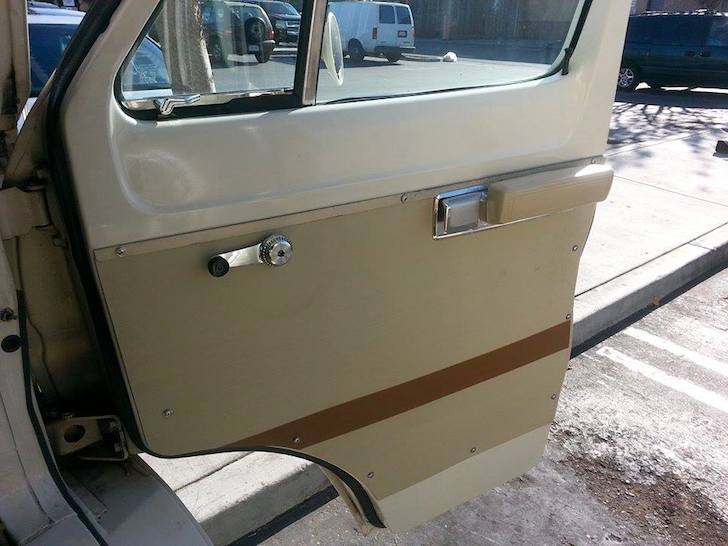 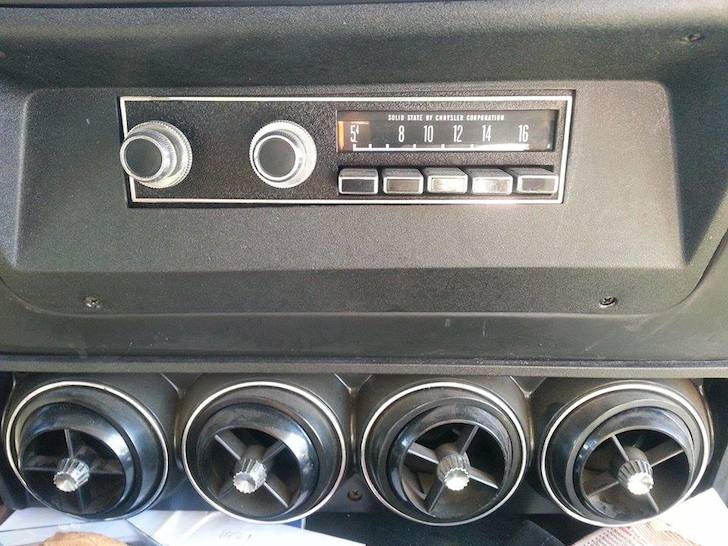 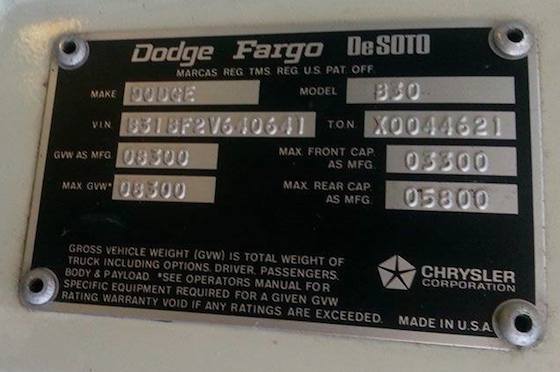 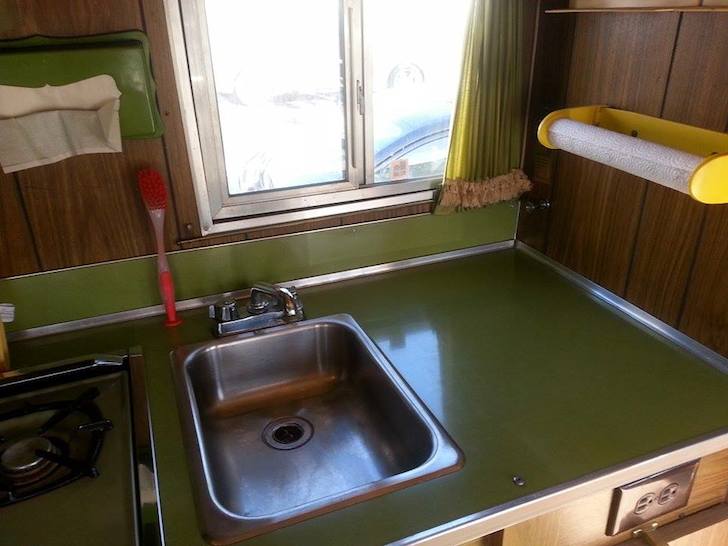 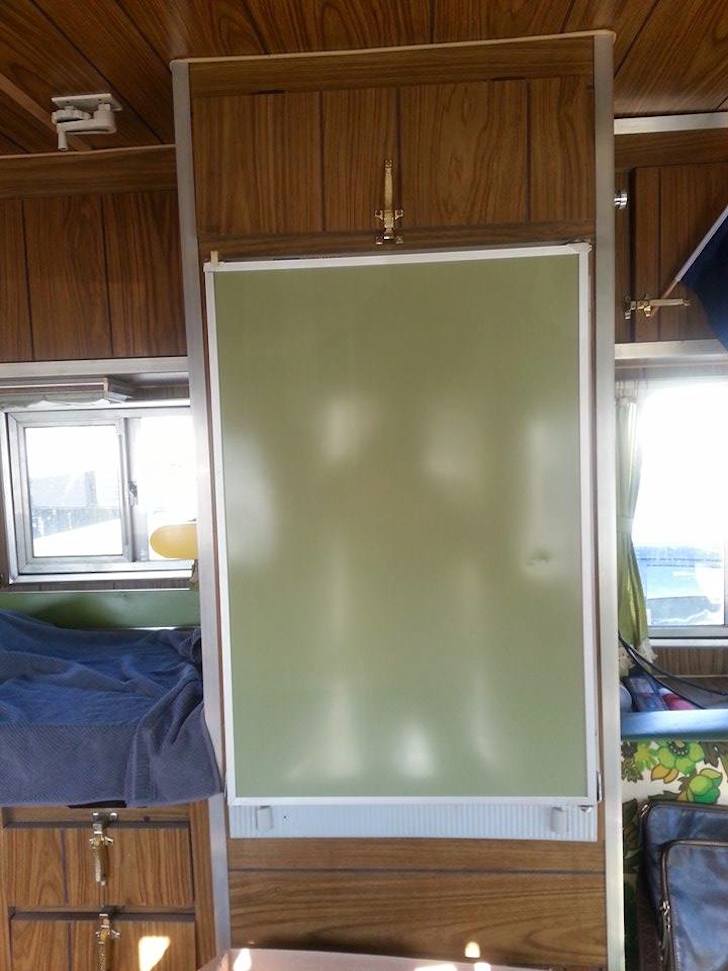 The Dodge Lark was made by Travel Equipment Corporation out of Goshen, Indiana. 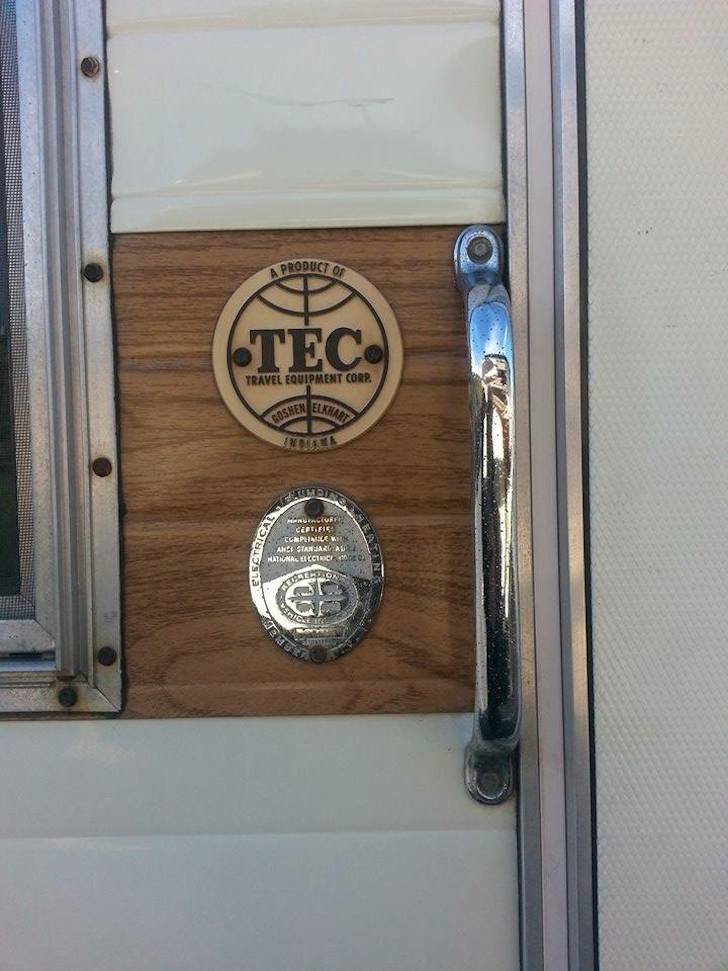 There’s little weathering of the exterior thanks to four decades of indoor storage. 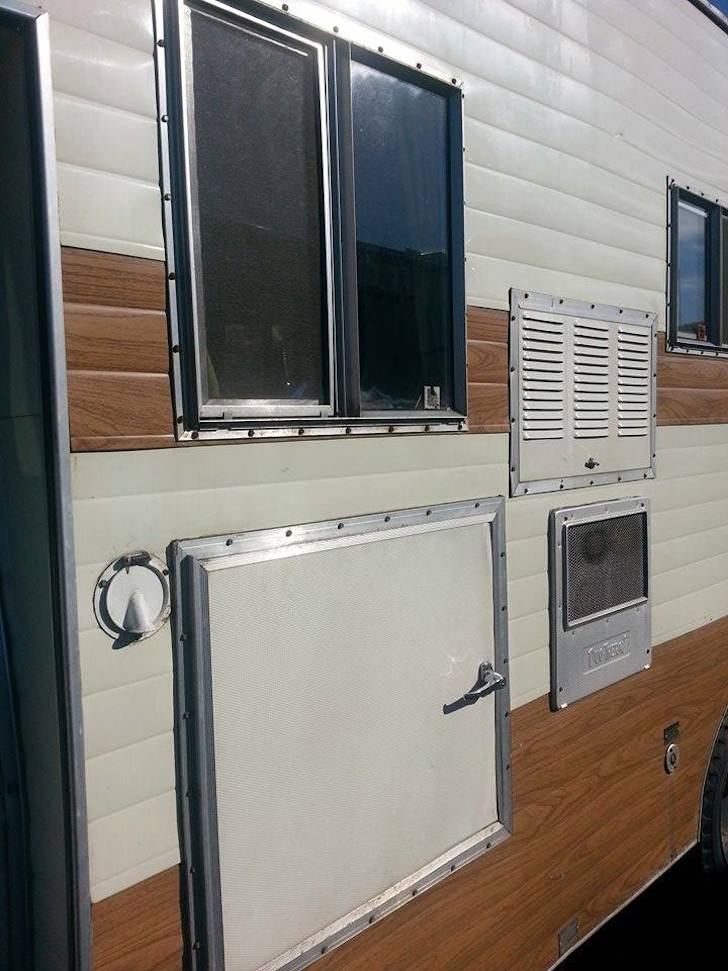 It’s unusual that a camper would be stored alongside other vintage cars for so long. Seeing this camper is like looking back in time to the early 70s.

Thank you Stephen for sharing your vintage Dodge Lark motorhome with us!