It’s a genuine Karmann Gipsy motorhome with a 1984 Caddy diesel engine with manual transmission. Only 741 of these motorhomes were made between 1980 and 1992.

Karmann was the largest independent vehicle manufacturing company in all of Germany up until 2009. They also made many parts for other vehicle manufacturers like Chrysler, Porsche, and Volkswagen. The company went bankrupt in 2010 due to family arguments (the third generation of the Karmann family was running the business when it filed for bankruptcy).

You can still find Karmann Gipsy motorhomes for sale, but most are located in England. 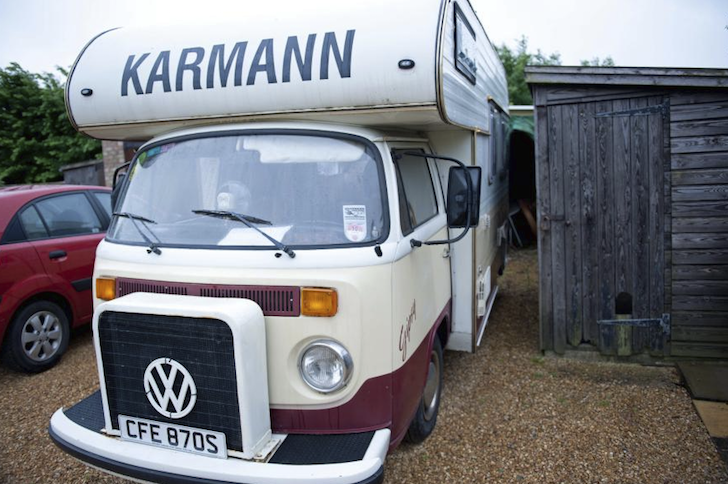 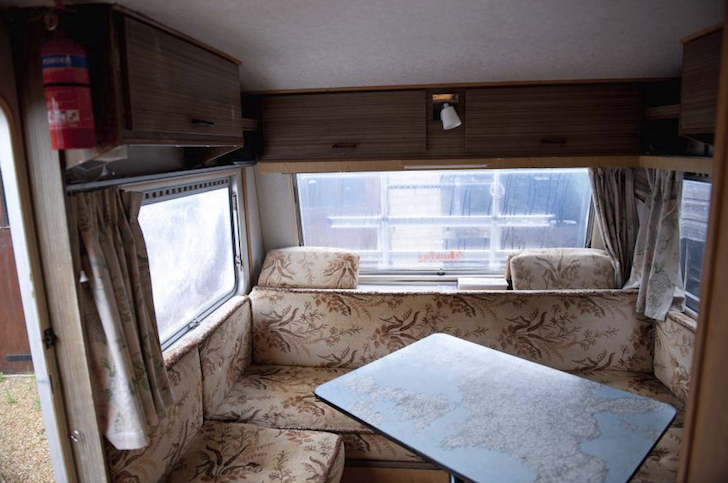 The map table is an original feature of this model. 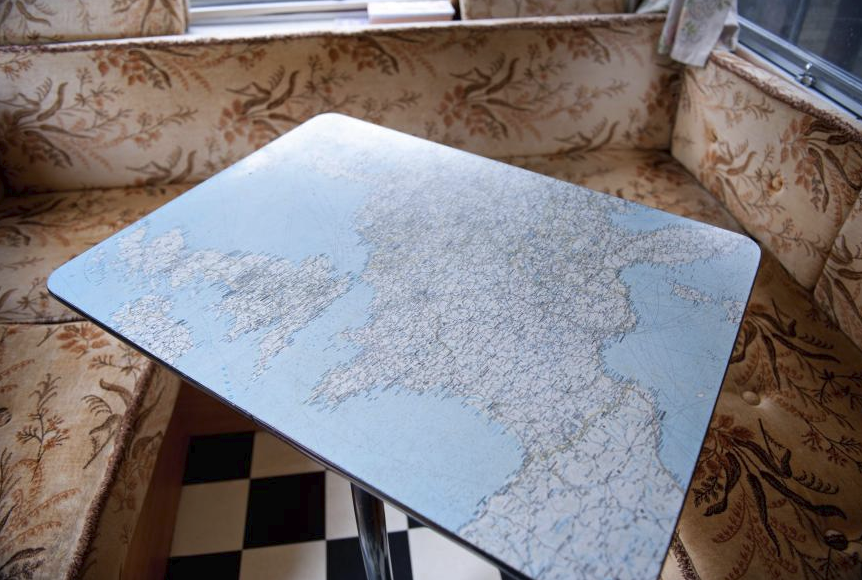 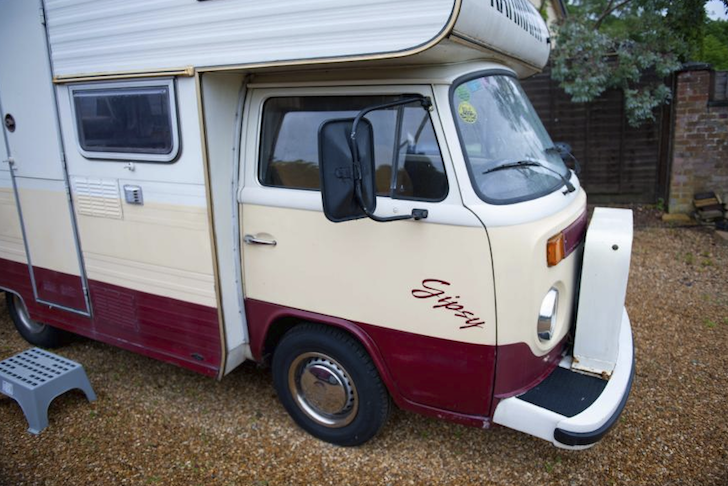 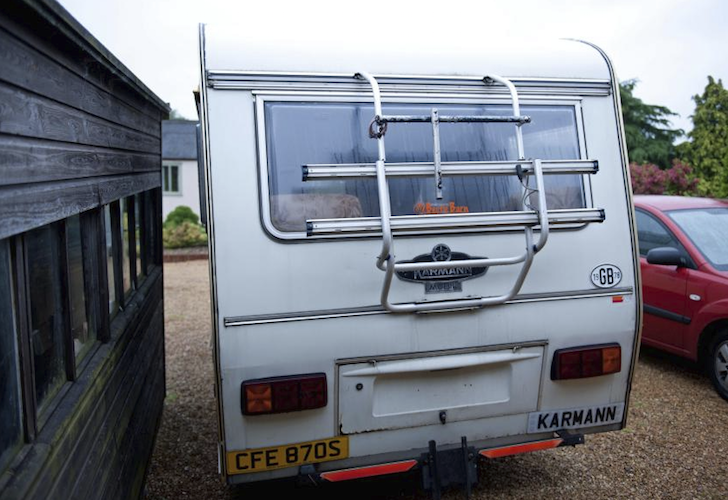 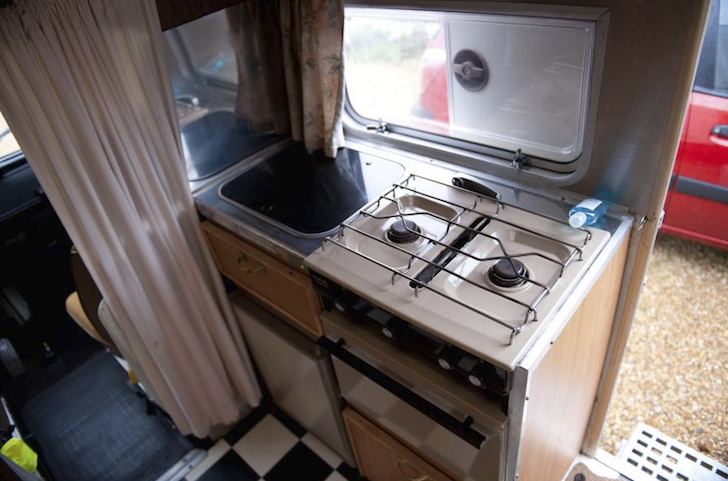 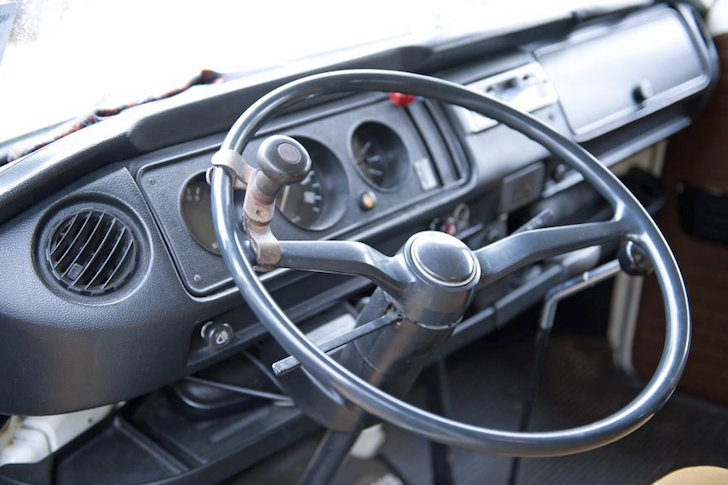 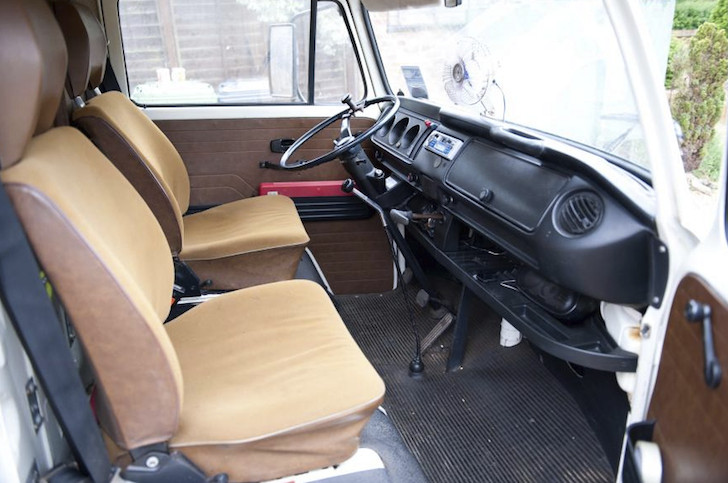 For its age, this is one good-looking motorhome. The inside looks pristine and that map table would look good in any camper. Unfortunately, many of the sites about Karmann Gipsy motorhomes aren’t written in English. The Karmann Coachbuilts Club is probably the best site to learn more about this unique and rare motorhome model.