I loved playing with LEGOs when I was a kid.

I wasn’t one of the lucky ones who got the newest LEGO set whenever it came out, but through the years I accumulated enough LEGO bricks to fill a 5 gallon bucket about half-way. It was a sizable stash.

I still have a lot of the original manuals and boxes to many of the kits I received for Christmas or birthdays decades ago.

But then high school happened, more school, work, kids, and that sort of was that.

It wasn’t until I got a lot older that I realized LEGOs are popular with adults, too.

Maybe it was a small mid-life crisis, but I went back and bought the LEGO Star Wars Imperial Star Destroyer when it came out about ten years ago.

LEGOs Are Loved By All

I might be exaggerating, but I don’t know of anyone who doesn’t like LEGOs. Fast Company magazine did a poll a few years ago, and sure enough, LEGO was voted the most popular toy ever made.

If you’re struggling to find a gift for someone in your family, and you want to tie in the RV lifestyle, these LEGO RV sets might be just the thing you’ve been looking for. 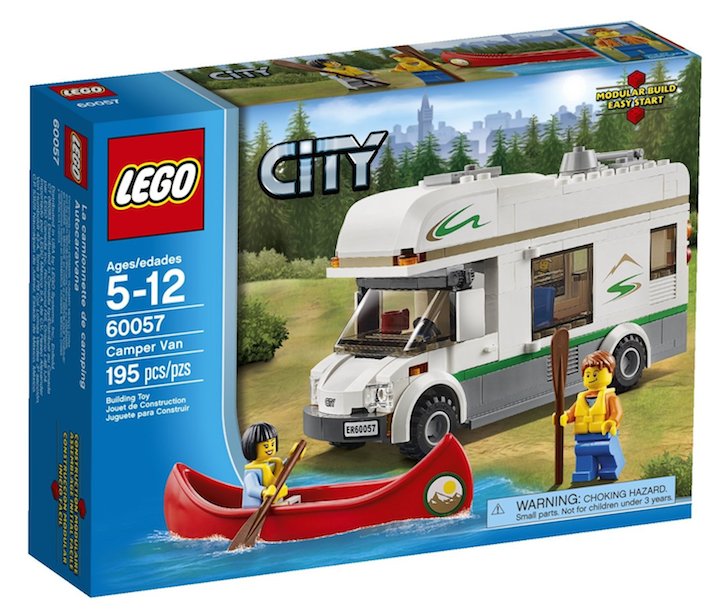 The LEGO Camper Van kit is a great starter set for kids who are in elementary school.

With only 195 pieces, it’s on the smaller side of LEGO builds, and could probably be completed in under half an hour.

Kids might require some adult assistance if it’s their first build.

One of the nice things about this kit compared to some of the larger and more complex kits, is that it comes with a couple of LEGO figures and a small toy canoe.

This way, kids won’t get frustrated during the building process, as there’s already a toy ready to go as soon as they open the box.

The LEGO Camper Van costs about $25 and is on sale at Amazon. 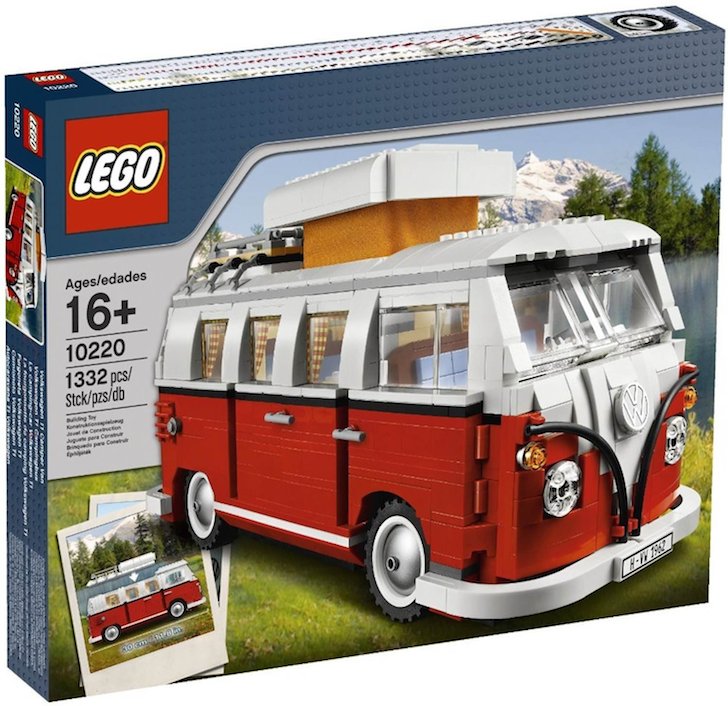 This Volkswagen Camper LEGO kit is probably not a good choice for younger kids, and would be more suitable for either high schoolers or adults.

At over 1,300 pieces, this kit might be a turn off for younger builders, but older kids will love it.

The Camper Van kit is part of the Creator series, and has a lot of detail that more serious builders might appreciate.

I would stick to either the Camper Van or the next kit if you’re buying a LEGO set for younger kids.

The Volkswagen Camper Van kit costs around $125 and you can purchase it here. 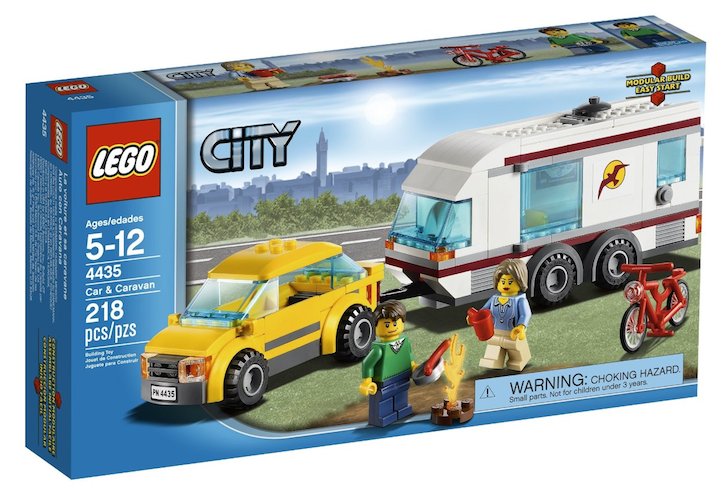 The LEGO Town Car and Caravan kit has a similar number of pieces to the first Camper Van kit and is significantly easier to put together than the Volkswagen kit described above.

With two figures, a detachable car, and a toy bicycle, younger children will have a lot of fun playing with this LEGO set both during and after construction.

You can buy the LEGO Town Car and Caravan kit for about $80 at Amazon. 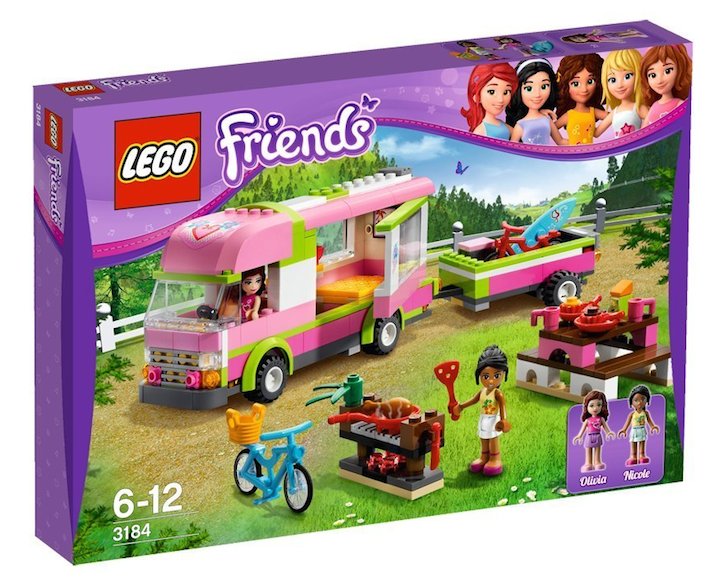 In years past, LEGO was criticized for not providing a lot of options to females. But recently, LEGO designers have created many sets made for young girls.

This Adventure Camper kit is similar to the Camper Van above, but with a color scheme and design that girls might find more attractive.

Instead of ‘figures’, LEGO labels the characters as ‘dolls’, although these dolls are only about an inch and a half tall!

You can buy the LEGO Adventure Camper here.

It’s a fact of nature that people love LEGOs.

Sure, Lincoln Logs go way back and other construction-type toys like K’NEX have had their run.

But LEGOs remain the go-to building kit for all ages.

I hope you found this listing of RV-themed LEGO sets useful. If you’d like to share your favorite LEGO set, or your own custom RV-themed design, leave a comment below.

After some practice, you might even decide to take your LEGO camping creations to the next level, like in this funky stop-motion animation: