Discover the in's and out's regarding RV satellite TV from RV guru Gary Brinck. He explores the options, services and equipment to make an informed decision
65
SHARES
29148
VIEWS
ShareTweet

DNS vs Locals and Mobile accounts

As you move around to different beam areas, you have to call the satellite service and have them re-authorize your receiver to process the signals in each area (this is done by zip code). By the way, that also removes local TV service back home. This is not a problem if everybody is with you in the RV, but if your satellite account also services your house, anyone left back home won’t have TV. You would need a separate RV satellite TV account with the satellite service company to avoid that.

There is no charge for a change of service address. However, recent reports indicate that both Dish and Direct are beginning to place restrictions on how often you can make an address change, perhaps allowing only 2-3 per year. That’s OK for snowbirds, but won’t work for a frequent traveler. DNS – Distant Network Service – is an alternative to receiving locals. DNS is intended to provide major network programming to satellite users who are truly mobile and not permanently associated with any one locale. DNS provides TV programs direct from the major network’s home studios – typically New York City and Los Angeles – but no local programming.

With DNS, you will receive ABC, NBC, CBS, and Fox from either the East Coast or West Coast network feeds and you receive the same service nationwide. However, the broadcast times are Eastern or Pacific Time Zone, which can be a nuisance if you are somewhere in between. There is an extra charge for DNS, about $20-$30 per month. Those who have had DNS for a long time may have access to both East & West Coast networks feeds, but a change in FCC regulations a year or two ago took that option away. Too bad, it was very convenient to have a choice of two different times to watch each show.

DNS requires a Mobile Account and FCC regulations require that you file an affidavit and a copy of the RV’s vehicle registration with the satellite service to obtain it. If you want DNS in your RV and also have a fixed home satellite account, you must establish a separate mobile account for the RV. You cannot have DNS on an account that also receives local programming.

If you don’t need a mobile account and DNS, and you already have satellite service at home, you can bring a receiver from home and hook it to the dome or dish in the RV and to the TVs. Or, for a small fee, get an additional receiver and install it in your RV, like it was another bedroom. This is a great choice for people who only use their RV occasionally and have satellite service at home. If you do this, you avoid the extra cost for a separate RV account and the RV then receives the same TV line-up that you have at home (subject to the spot beam limitations described previously).

Another basic choice for RV Satellite service is a Portable vs Fixed Mount antenna system (RV satellite dish). In a portable antenna system, you physically carry it to whatever part of your campsite has the clearest view of the southern sky and set it up there.

A fixed mount, on the other hand, is attached to the RV itself, usually on the roof. That means you have to move the entire RV if there are trees, mountains or buildings blocking the signal, but you don’t have to tote anything around or string coax cables over the ground after you arrive at your campsite. You also don’t have to worry about the portable antenna growing legs and walking away!

Portable and Fixed Mount antenna systems are available as either Open Face or Dome types. An open-face RV satellite dish is just a saucer-shaped reflector with one or more LNBs positioned in front to catch the signals as they bounce off the reflector. The advantage of an open-face RV satellite dish is that it sheds water (and even snow!) reasonably well, so your TV-viewing is less affected by weather.

However, the RV satellite dish has to be taken down (or folded away if it’s a fixed mount) before you can travel. The classic open-face dish sits on a tripod on the ground and is aimed upwards toward the southern sky. However, an open-face dish can also be fixed mounted on top of the RV and can be either manually aimed or automatic. An enclosed dome has the all the RV satellite dish working parts under a sleek cover. The advantage is that the cover protects it while driving, so the antenna inside doesn’t have to be folded away before travel. In fact, a dome can even continue to operate while you are in motion.

A modern fixed mount dome is also an automatic aiming antenna, adding further to the convenience (older domes may require you to push a switch to change satellites). Unlike the open-faced RV satellite dish, the downside for a RV satellite dome is that it is very susceptible signal loss due to rain and dew.

A premium type of dome is the in-motion system, which can actively track the satellite and adjust its aim on the fly, making it possible to receive RV satellite TV as you drive down the road. Even if a family member (not the driver!) isn’t watching the TV as you travel, some people love to have an in-motion dish so their DVR can record shows or they can listen to music channels from the satellite as they travel. Daytime soap opera fans and sports enthusiasts are among those who do that sort of thing.

Another advantage of the latest in-motion domes is that they have a GPS inside that enables it to nearly instantly find the satellite when you park, so the family can be watching TV as you set up your site. A fairly recent innovation for RV satellite TV (or tailgating) is the Portable Packaged Satellite System. e.g. the Winegard CarryOut and Tailgater models. These are essentially a dome type dish in a lightweight, portable package. You carry it outside where there is a view of the southern sky and use a remote control to set the aim. Or get the automatic model that finds the satellite by itself. Simple and easy. Figure about $200 for the base model and $400-$500 for the automatic aiming model.

The final RV satellite TV antenna choice is Automatic vs Manual Set-up. Every time you move the RV to a new spot, you will be setting up (aiming) the satellite antenna. If you move often, that makes the method of set-up a major factor. Most Fixed Mount and some portable dome antenna systems offer automatic set-up, where the dish itself adjusts the direction (azimuth) and elevation (up-tilt) to find the proper satellite and fine tunes the signal strength. Basically the dish searches the sky for the right satellite and then “locks on” when it finds it and you are ready to go. It typically takes 1-5 minutes for the dish to search and lock.

Automatic dishes are single LNB but they can move between satellites as needed to watch different channels. Depending on the dish make and model, the move can be automatic or manually triggered via a selector switch inside the RV. It’s a great convenience, but of course it comes at a price. With manual set-up, you either physically move the dish tripod or turn an adjustment crank to change the direction (azimuth) and tilt (elevation).

This wraps up the tutorial on RV satellite TV. Believe it or not, this is an overview, but I’ve tried to cover all the major decision factors. If you have already determined that you want a fixed mount system for HDTV, or you already have a tripod mounted dish to use, the decisions come fairly easy, but if you are starting from scratch there is a lot to think about before heading on down to the RV shop to get your system. I hope this helps guide you along the way. 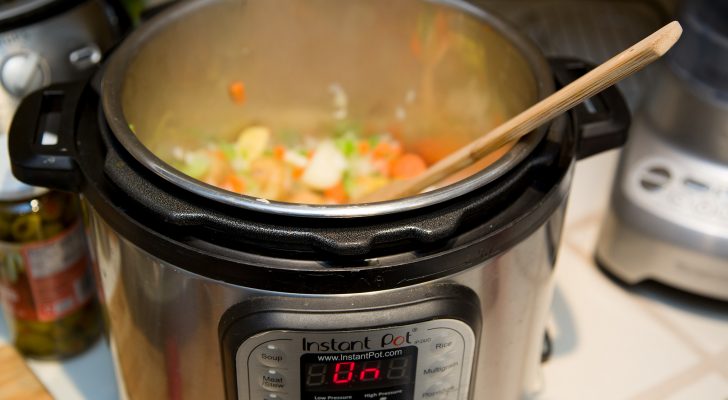 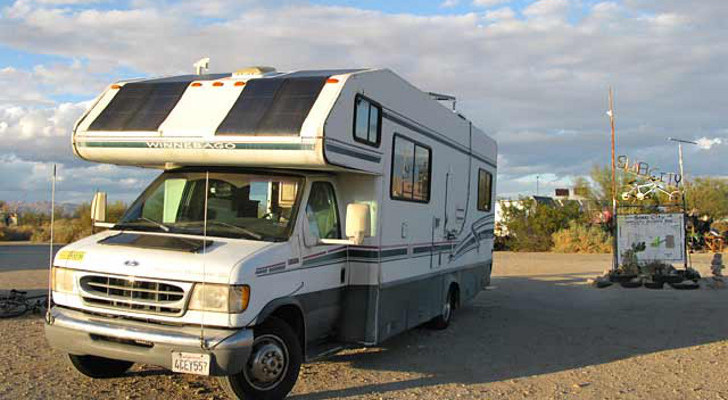 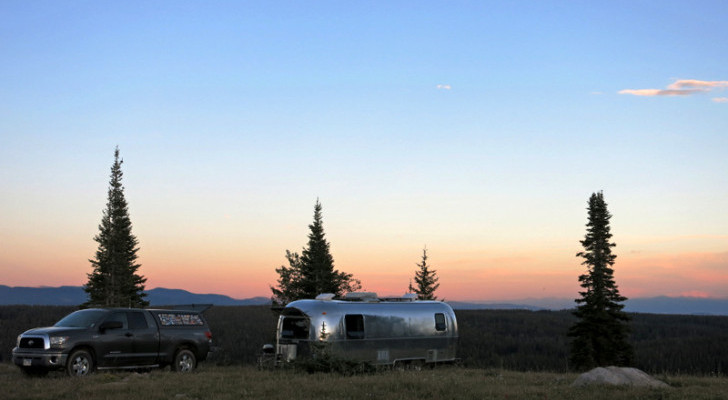 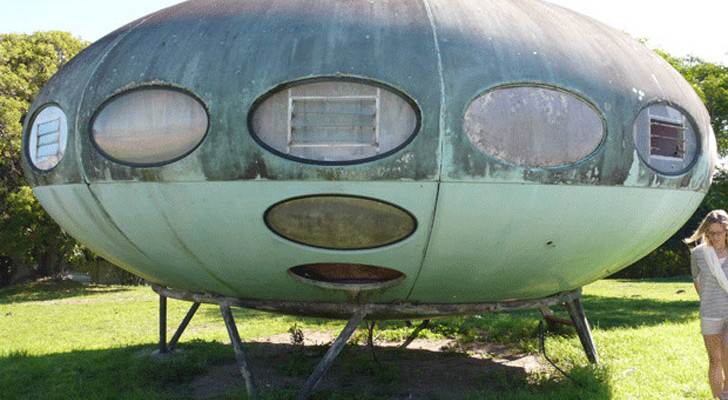 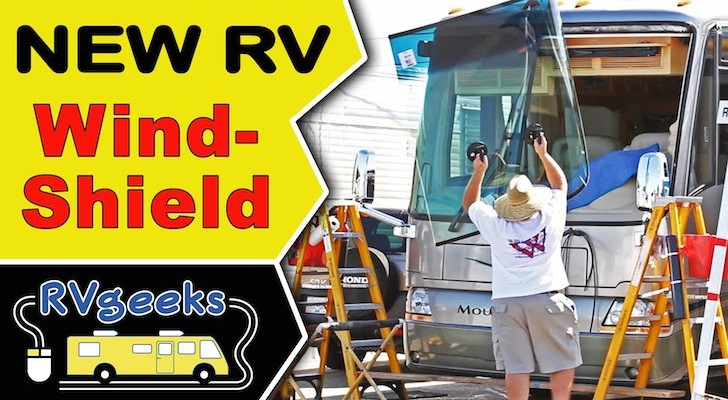 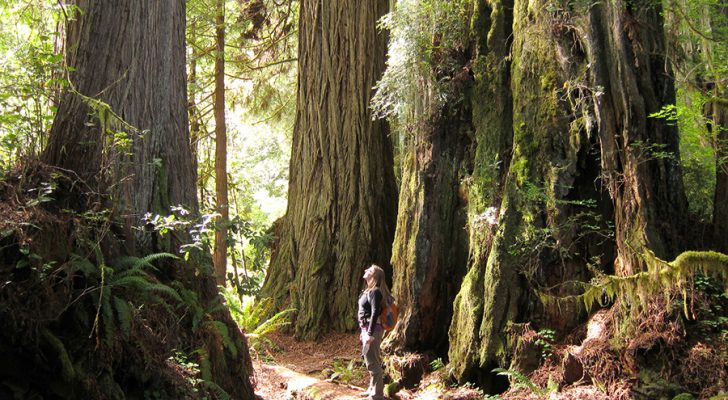