Northwest of Vancouver BC, the Sunshine Coast is a stretch of land the locals describe as pure paradise.
19
SHARES
3293
VIEWS
ShareTweet

On the West Coast of Southern British Columbia and northwest of Vancouver is a stretch of land the locals describe as pure paradise. Cut off from the mainland because of the rugged mountains BC is known for, the only way to reach the Sunshine Coast is by ferry or air. 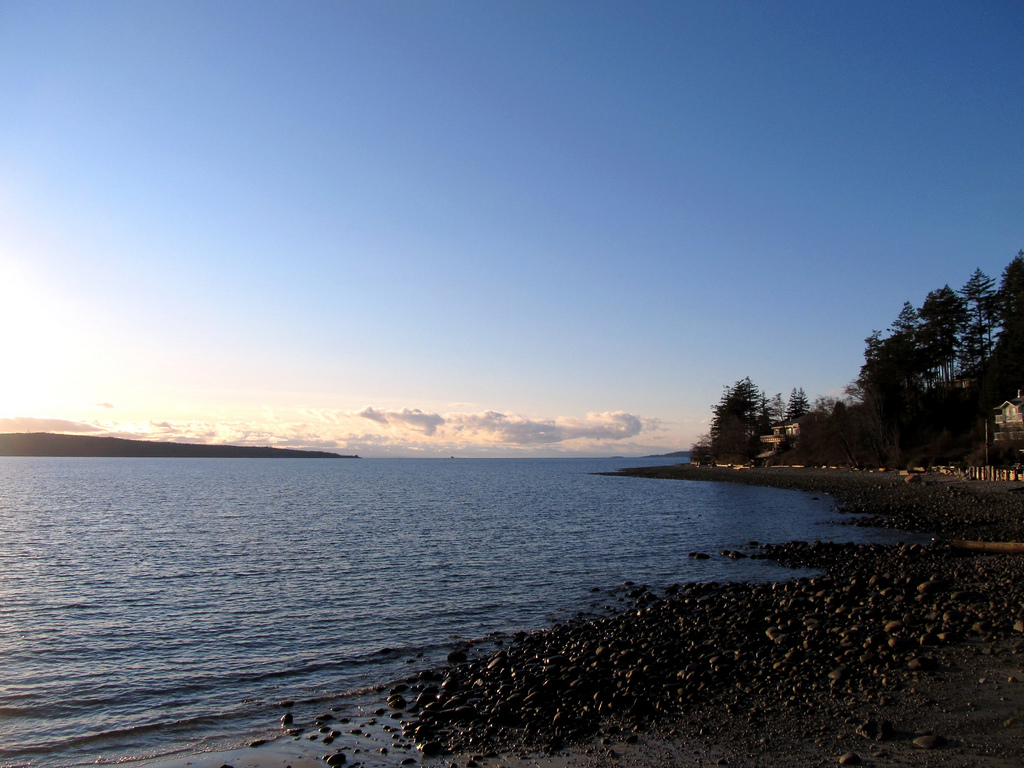 It may seem that 110 miles isn’t worth exploring but those who have ventured this way keep returning because of the slower pace of life and an unexpected chance to explore an area that is quickly becoming known for its cultural arts.

Wiggle your toes in the water as you walk along the beaches on the Sunshine Coast and spend a day playing in the sand in search of starfish, hermit crabs, clam shells, bull kelp, and the beautifully weathered driftwood just waiting to be discovered. It’s difficult to believe that this delightful oasis is only a short distance from the bustling city of Vancouver.

Although most of the coastline is rocky and rugged, there are still plenty of places for swimming, kayaking, snorkeling, fishing, and exploring. The endless beaches aren’t crowded like many other areas that tourists flock to during the summer. 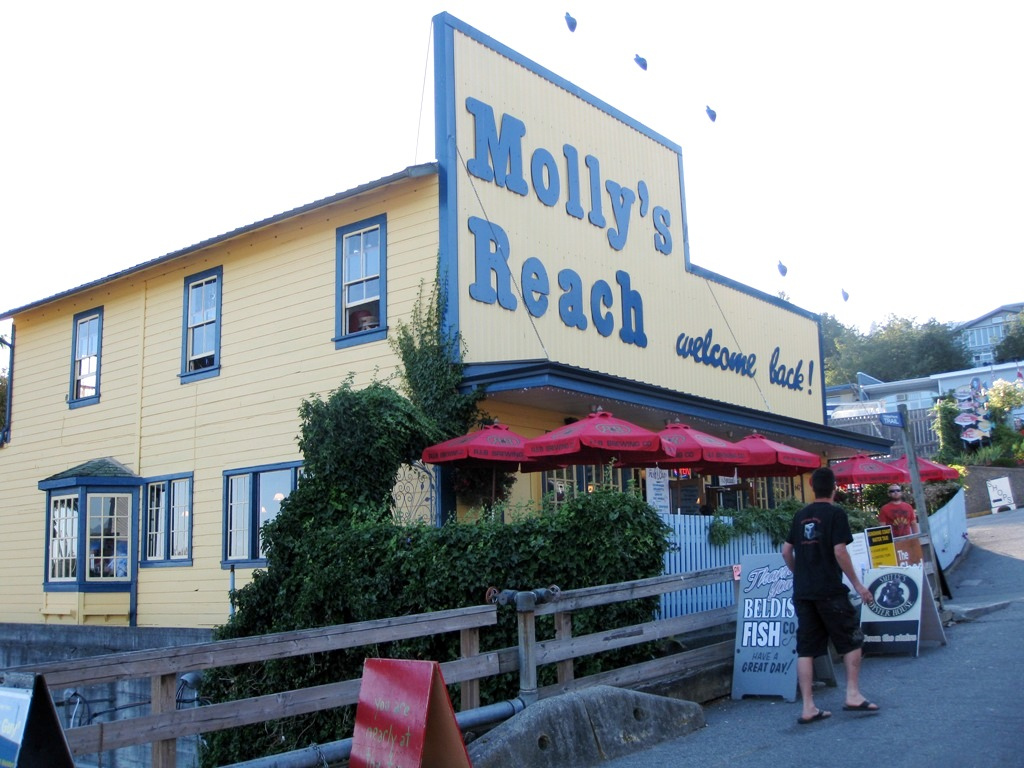 The first stop once you depart the ferry is Gibsons, a favorite for visitors because of Molly’s Reach Restaurant and Armours Beach, a perfect spot for swimming.

Also in Gibsons is Bonniebrook Beach where steamships used to drop off guests for the Bonniebrook Lodge, the longest running accommodation on the coast and still operating after nearly a century. It was all so grand in the 1900s!

Stop here! Don’t go driving past without exploring this beautiful beach, especially when the tide is out. Not only will you want to play in the sand, you’ll want to bring a picnic and spend the day.

There are plenty of picnic tables for everyone even though this is a popular area with both the locals and visitors. Have a seat on one of the large driftwood logs washed ashore during high tide and get comfortable so you can enjoy a beautiful sunset.

By this time you should be on Island time and enjoying the laid back lifestyle the locals appreciate. Relax, take your time and enjoy our next stop at Sechelt. 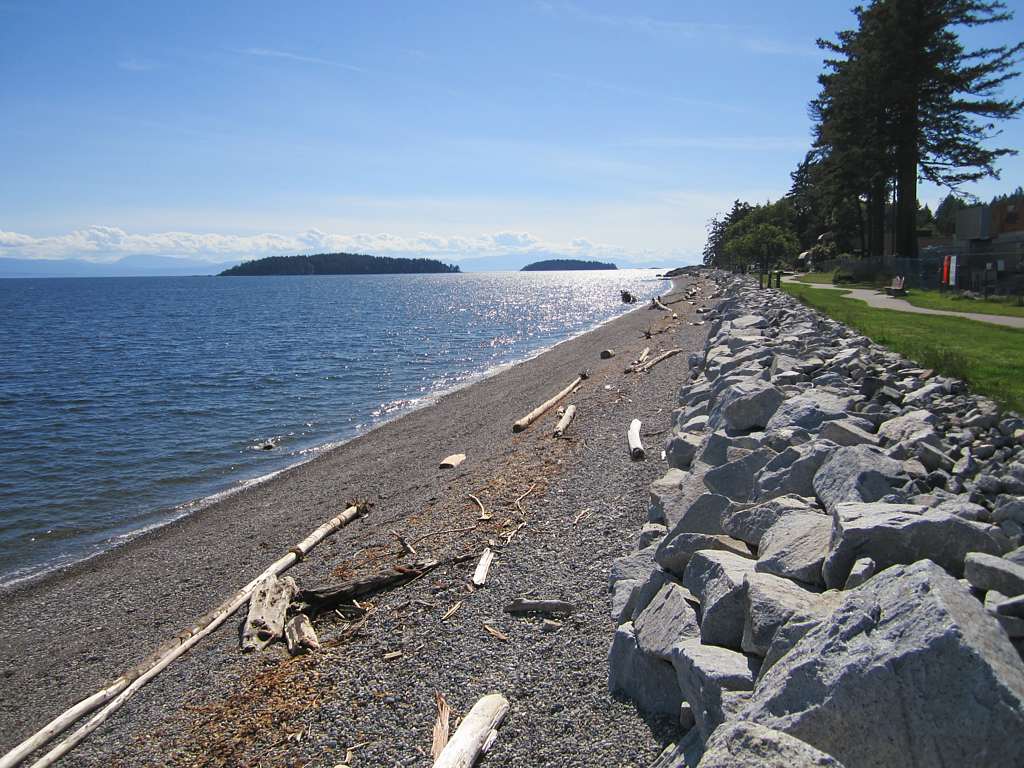 Sweeping views of the Strait of Georgia are obtained from this picturesque beach in Sechelt, BC. David Stanley/Flickr

Often described as the Heart of the Lower Sunshine Coast, Sechelt is the perfect home base while exploring this area. How do you choose your day’s activities when there is so much going on?  Golfing, kayaking, hiking, biking, swimming, and scuba diving are just a small sample of the activities available.

After a day spent on the water or any other busy activity, a relaxing stroll along the paved walkway that runs the length of the downtown is a perfect way to relax and unwind. Take the time to visit the traditional totem poles carved into the figures of the eagle, wolf, grizzly bear, frog, and killer whale.

Following along the highway, stops can be made at Halfmoon Bay, beautiful Welcome Beach, Secret Cove, Madiera Park, and Saltery Bay before arriving in Powell River.

The cultural capital, Powell River is at the northern end of the Sunshine Coast. With world-class art galleries, awesome food, and plenty of events and festivals to choose from, this city is definitely worth visiting.

Fishing, scuba diving, kayaking, rock climbing, golfing, and hiking are just a few of the adventures you can pick from.

If you’re looking for more beaches then you’ll want to head over to Texada Island from Powell River. Every year there’s a Sand Castle Weekend at Gillies Bay and at low tide, oysters can be picked from the rocks at Shelter Point Park.

Not only is the coastline of Sunshine Coast breathtaking, but there are lakes, forests, 844 trails and historic sites to discover. Connect with nature, visit the farmers markets and enjoy the community of 100+  artists and artisans throughout the area. With a mild climate and easy accessibility, there’s no reason why RVers shouldn’t visit the Sunshine Coast. 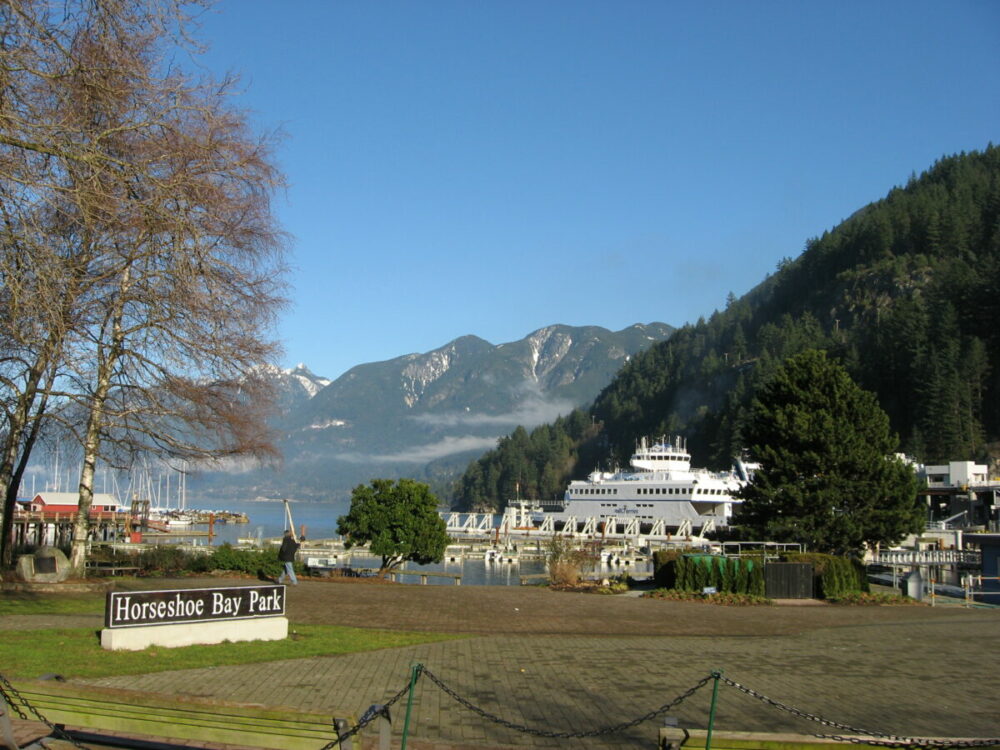 How to get to the Sunshine Coast from the mainland

The Sunshine Coast is northwest of Vancouver, British Columbia.

If entering Canada from Southern BC at the Washington/British Columbia Peace Arch border, follow Highway 99 towards Vancouver BC.  There’ll be signs directing you to Horseshoe Bay and the Sunshine Coast. Be prepared for the traffic to get somewhat heavy as you go through the city to Horseshoe Bay where the ferries dock.

If coming from the east, follow Highway 1 towards Vancouver and continue through to Horseshoe Bay. There will be traffic but you won’t be going through the downtown area of the city and the highway goes right to the ferry terminal at Horseshoe Bay.

Watch the signs for the Sunshine Coast and stay in the designated lane. Once you go through the payment booth you’ll be directed to the Sunshine Coast line-up, and if you have time to spare take a walk into the village—there are parks, restaurants, and lots of interesting things to explore.