It’s always a great day when we get a message from a DoItYourselfRV reader who wants to share their customized RV.

Lyle Rickards travels the country as a professional musician.

But music isn’t his only love.

In order to save money on hotel bills and other avoidable travel expenses, he decided to refurbish a 1984 Winnebago LeSharo.

The LeSharo has a long history, and was built from 1982-1993. Based on the Rinault Trafic light commercial vehicle, the LeSharo aimed to satisfy RVers wanted a more efficient and smaller motorhome.

But with its original 66 horsepower diesel engine and smallish size, the LeSharo only found a cult following rather than mainstream success.

Our Interview With Lyle About His LeSharo

We had the pleasure of interviewing Lyle through email recently.

Here’s what he had to say,

The basic design is based on a 1984 Winnebago LeSharo TD. It’s got mango orange peal paint, and custom shirts fabricated from a 1932 Ford.

The front face is from a Ford Mustang.

I’m in her right now, at a fest in Kempton, PA at aWiFi hotspot – on stage in about an hour!

I gave up my apartment that I shared with my father who I was taking care of for a few years. He passed last May and so I decided to try music again full time.

I found the LeSharo in Nevada and had it shipped to Ohio for paint and custom body work. I wanted something that would stand out, so I decided on the mango orange with peal – sort of a hot rod look.

Added the skirts and moon hubcaps. Took the motor out and added fuel injectors, a turbo, and coils. Inside is mostly stock Winnebago, although I did take out the middle seats for more floor space.

I lived in it for two months last winter in Pennsylvania. At one point it snowed 16 inches at a time! But still the LeSharo was warm inside.

I play a lot of festivals, clubs, and house concerts. Sometimes I perform right on the street next to her. There came a point in my life that I decided I’d rather have less money and make music than a job I don’t like.

For the most part it’s been great, and I’m the happiest I’ve been in a long time.

Here’s some pics of Lyle’s LeSharo: 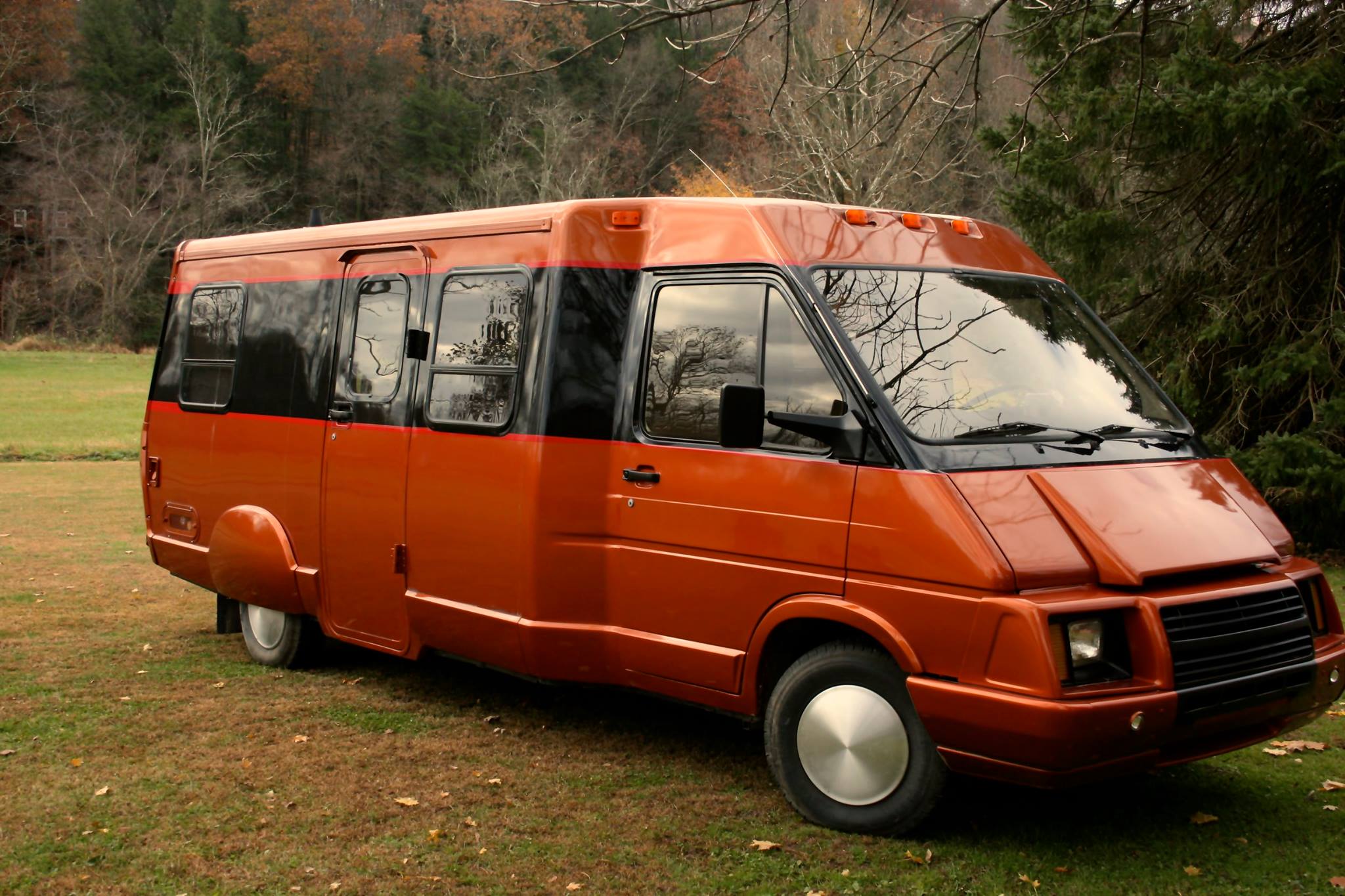 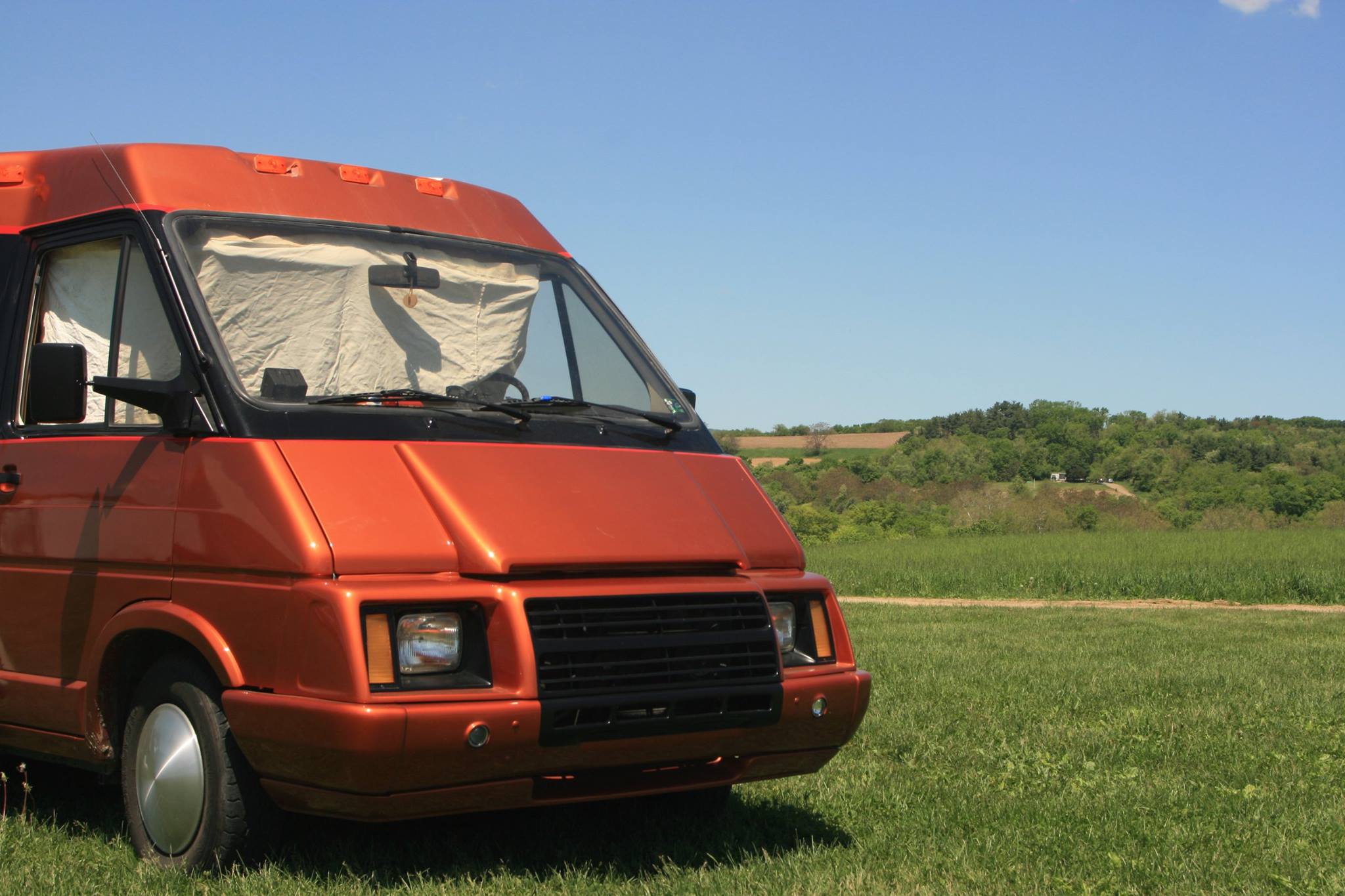 He custom fit the moons on the wheels.

Lyle said it handles great on the road and he’s living in it full-time.

He travels with his dog, Rowdy, to shows all across the country. 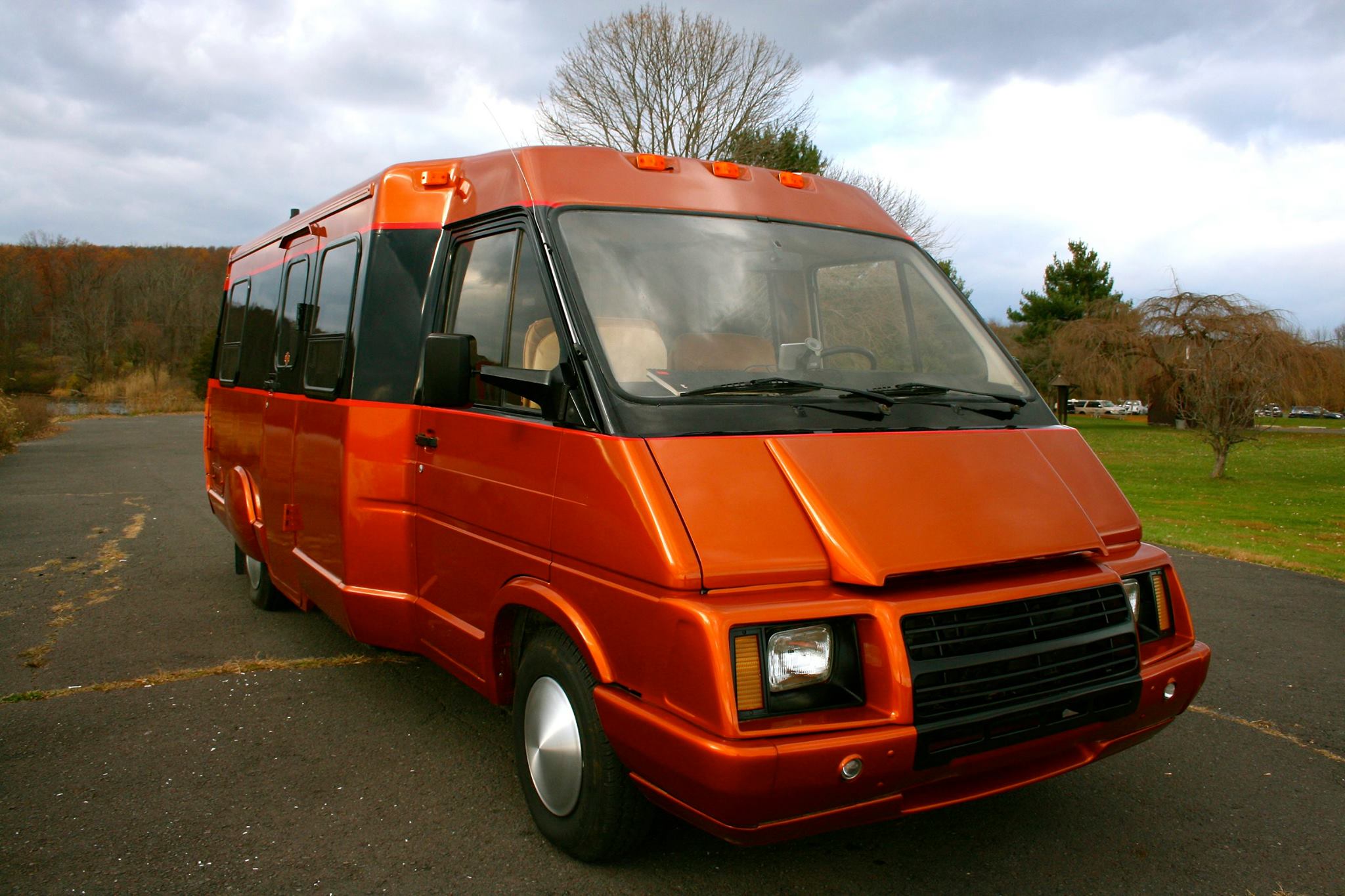 Since the design and paint scheme are so unusual, he gets stopped a lot in towns and asked all sorts of questions.

To cut down on the travel bills, Lyle has stayed in a lot of driveways and on private land. He’s met many kind folks along the way. 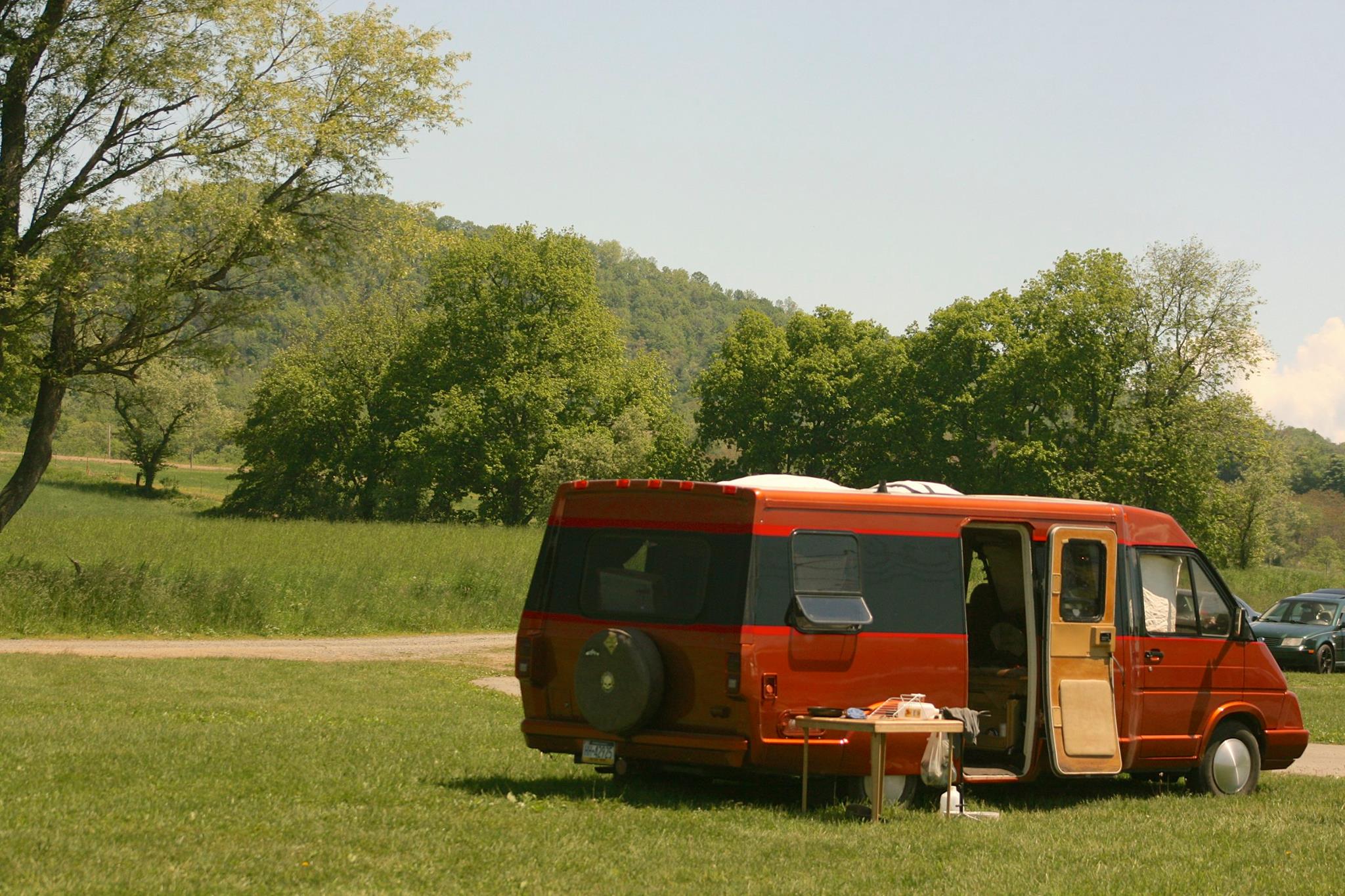 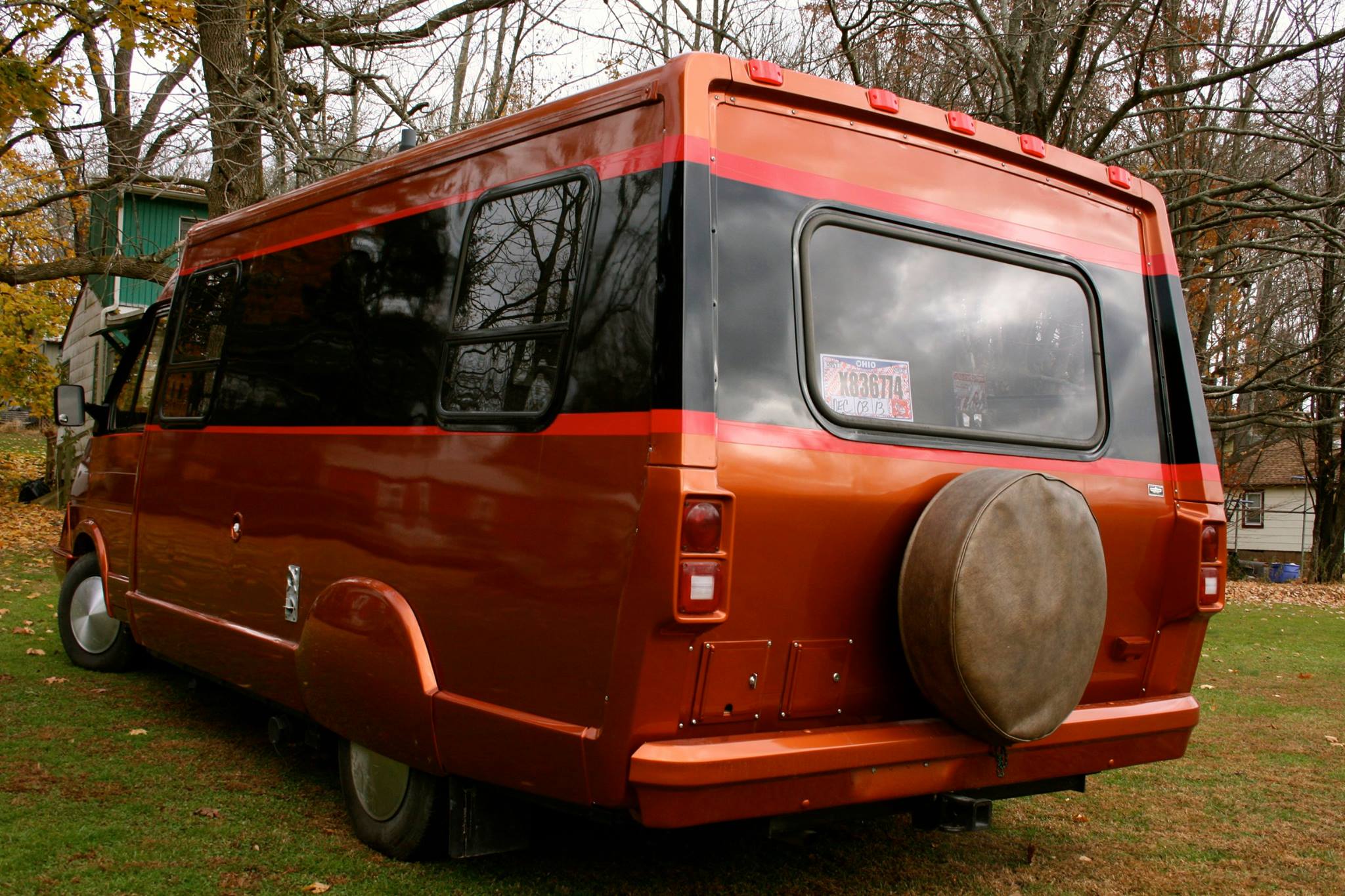 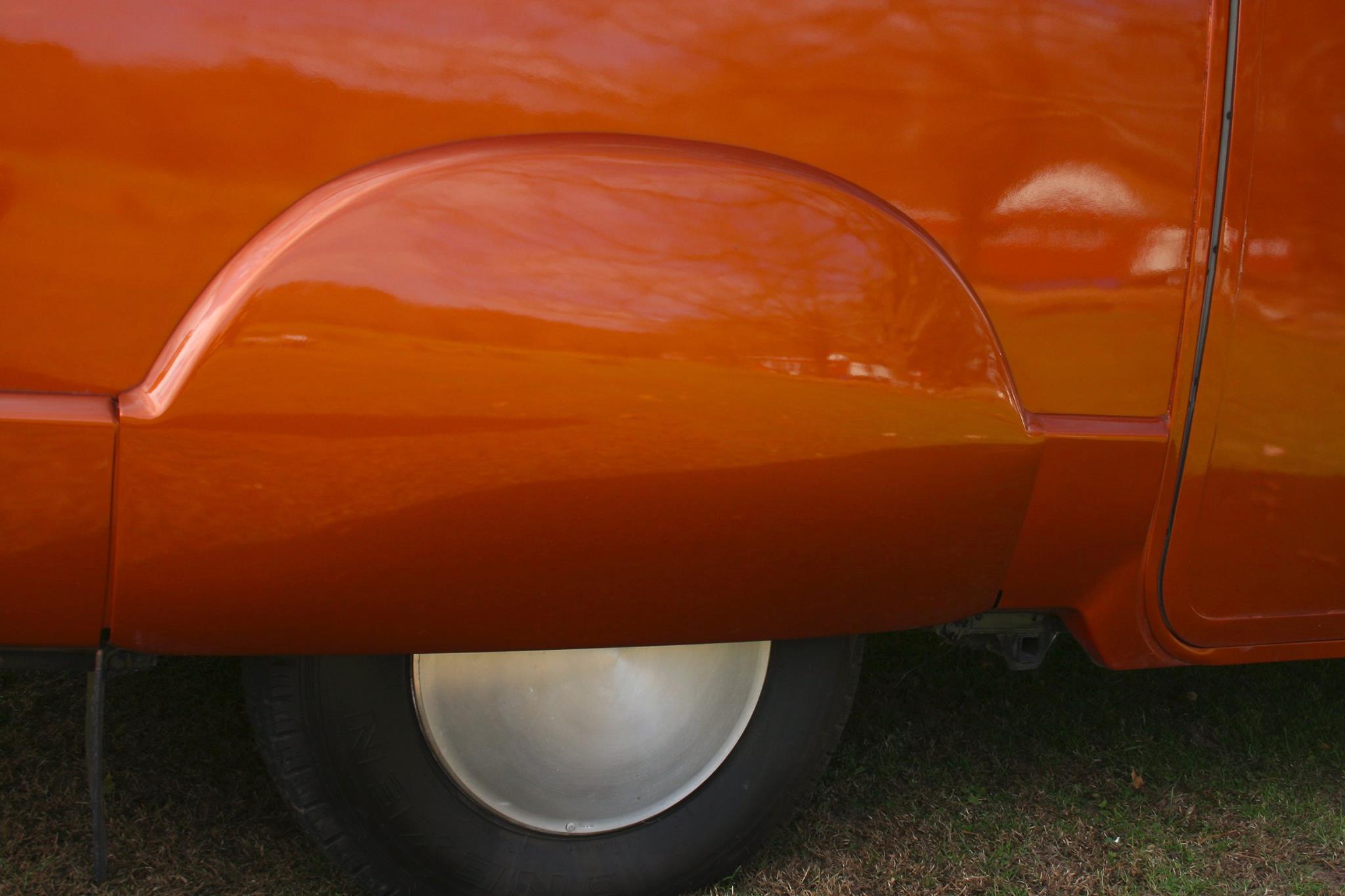 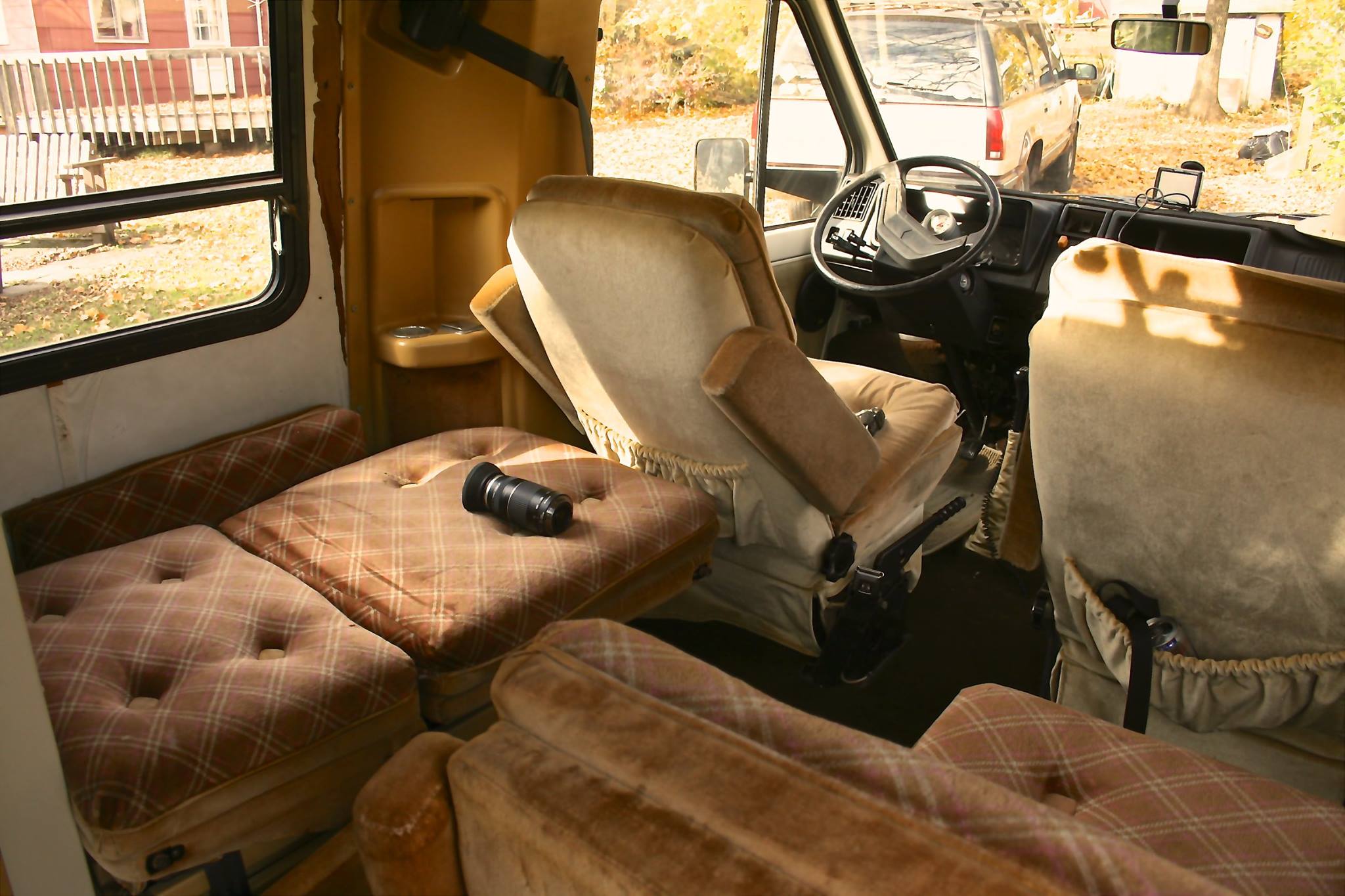 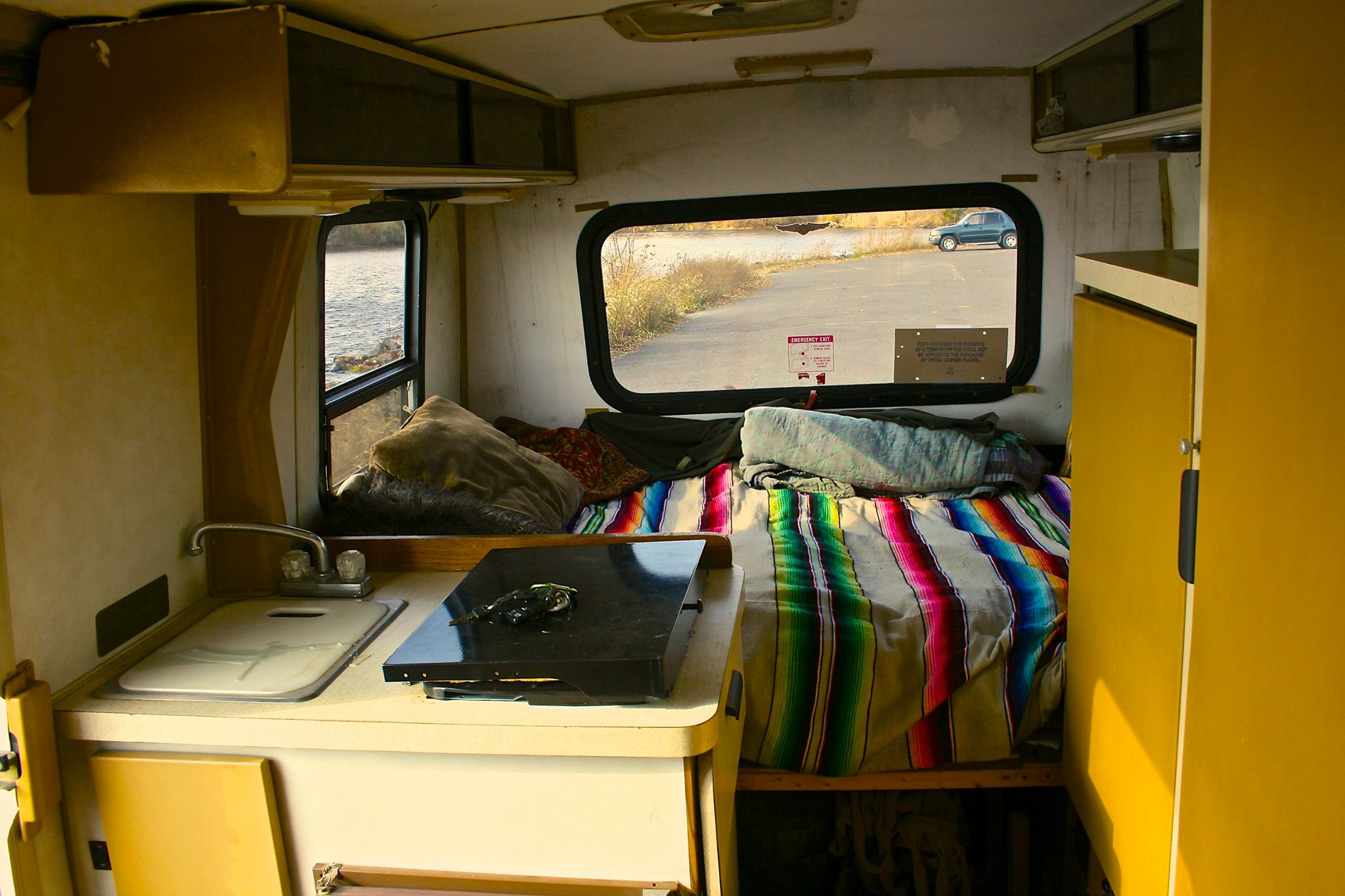 Lyle says it’s been a dream come true being able to play music and also stay where he wants to.

Up next for him: heading out west with his girlfriend – in his LeSharo.