Skip to content
Table of Contents show
If you have fifty one cents, you can afford to collect this souvenir.
When Being a Penny Pincher is a Good Thing
Collect them everywhere you go RVing.
You can even turn a pressed penny into a bracelet.
A Cheap RVing Souvenir for Penny Pinchers
Some machines let you crank it yourself!
You just need a few basic craft supplies to make your own elongated penny mementos.
Pennies tarnish, but a jeweler’s polishing cloth will shine them up.
SEE ALSO: Make A Homemade Penny Keychain For Your Camping Valentine
Share this post:

The best part about RVing is all the cool places you get to see. The hardest part? Choosing compact souvenirs that don’t take up space. If you cherish your RV storage space you’ll love this memento tip for the most compact, cheap RVing souvenir you’ll ever find: the pressed penny.

If you have fifty one cents, you can afford to collect this souvenir. 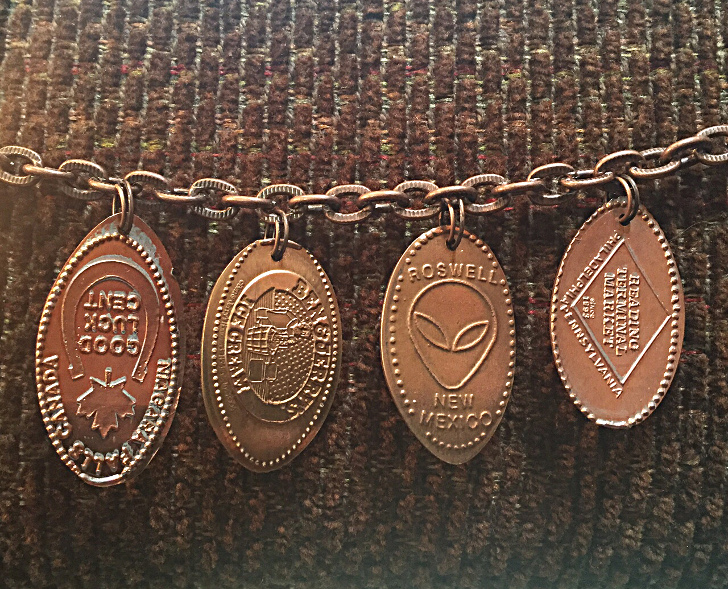 When Being a Penny Pincher is a Good Thing

Anyone who RVs knows that storage space is precious. When I became a full-time RVer I agonized over which souvenirs to take from memorable locations. And that’s when we discovered this: the pressed penny machine.

Collect them everywhere you go RVing.

If you’ve ever put a penny on a railroad track and watched a train run over it, you know what a kick it is to see a coin transform into a pancake. Known as “elongated coins” by serious collectors, flat penny souvenirs were officially invented at the turn of the 20th Century. You might be wondering: is mutilating pennies legal? You bet it is!

You can even turn a pressed penny into a bracelet. 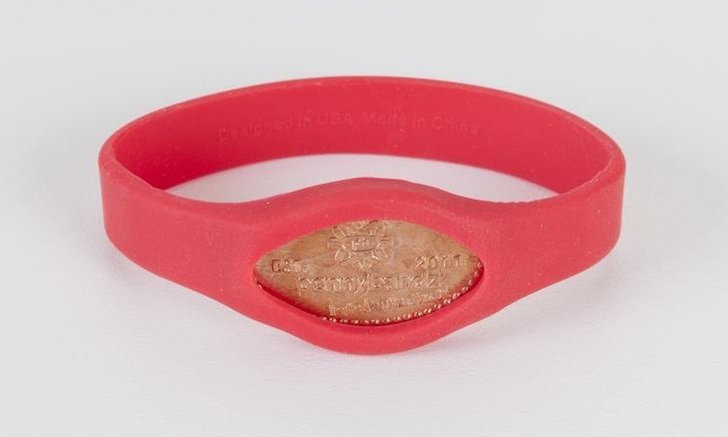 According to pressed penny collectors, the original pressed penny machines were operated by human beings who hand-cranked the machines that transformed pennies into souvenirs for places and events like the World’s Fair.

The machine works by placing a penny into a small rolling mill that has a design (known as a “die”) on one side. The penny is flattened and the design gets imprinted onto one of its sides.

In 1971 coin-operated pressed penny machines replaced human beings, which allowed these souvenir machines to become widely available around the world.

Today, RVers like you and me pay just fifty one cents for the best, cheap RVing souvenir that hardly takes up any space at all. With two quarters and one penny, you’ll love how you can collect dozens of memorable souvenirs from your RVing travels.

Some machines let you crank it yourself! 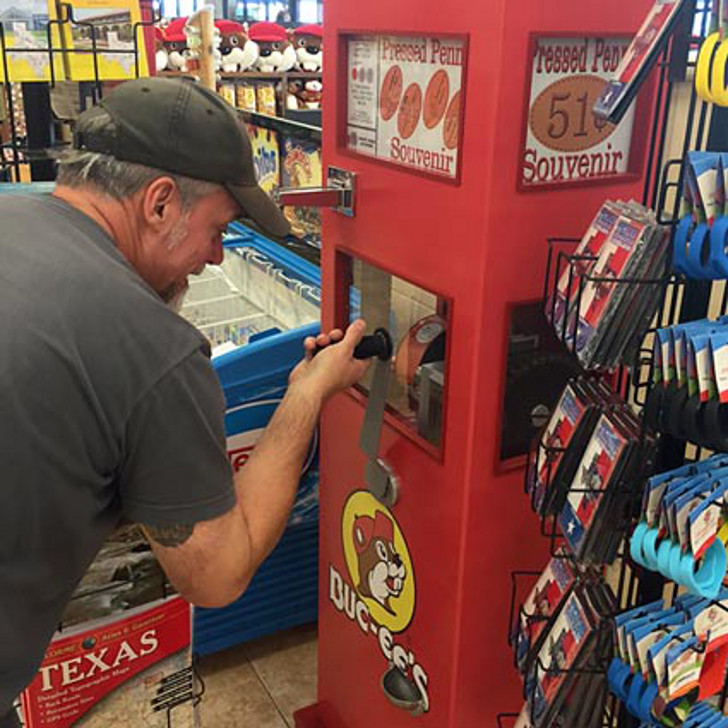 Serious pressed penny collectors can buy Penny Passport books to house their mementos. But I prefer to turn this cheap RVing souvenir into a decoration for my RV.

You just need a few basic craft supplies to make your own elongated penny mementos. 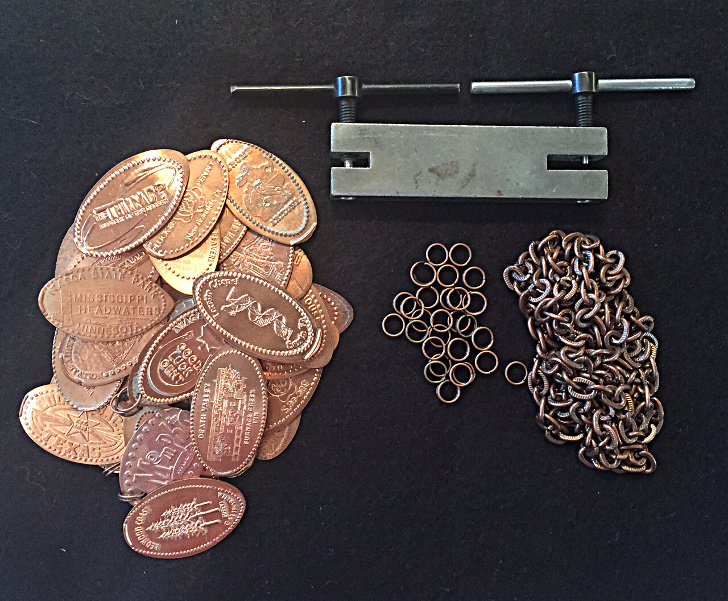 Take your jewelers punch plate and put one end of your elongated penny in the side with the smaller hole.

Not all pressed pennies are created alike. Some have better designs than others, and some are more centered than others and easier to punch holes into.

Pennies tarnish, but a jeweler’s polishing cloth will shine them up. 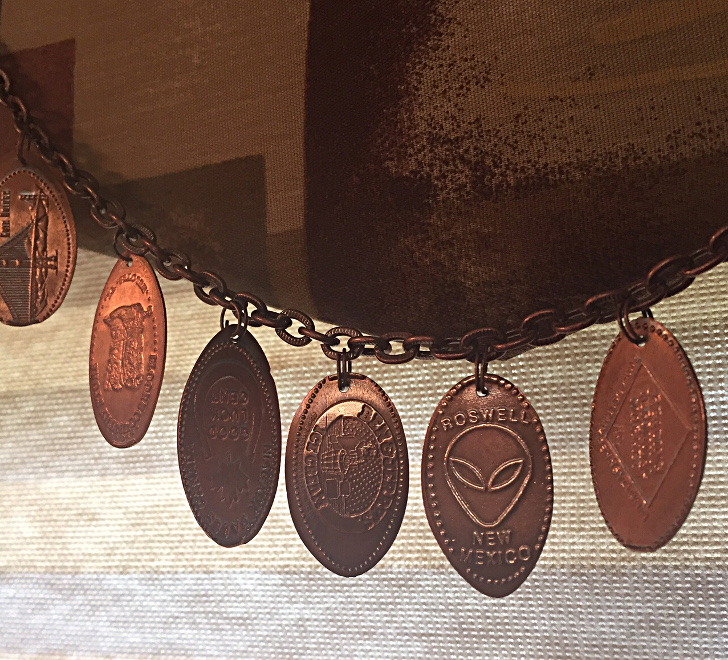 No matter what your pressed penny decorations end up looking like, they really do make the most affordable and compact RVing souvenir you’ll ever find.