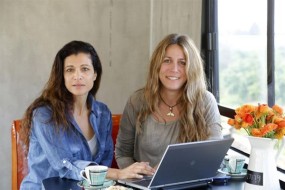 People take the most off the wall vehicles and create some of the most jaw dropping RV’s known to man. But one vehicle that just simply may not be worth the effort is a out-of-use transit bus. These vehicles take an absolute beating before they are finally retired. That didn’t seem to deter two ladies named Tali Shaul and Hagit Morevski from taking a old beat up vehicle and turning into a swanky custom bus. They originally met after their sons began a friendship playing together and discovered they had similar aspirations.

Their motivations are rooted in more than just renovation. They also were seeking to make a point about how people can access affordable housing by using a bit of creativity. They originally found their motivation after reading an article about alternative living spaces and decided to embark on what became a custom bus conversion. 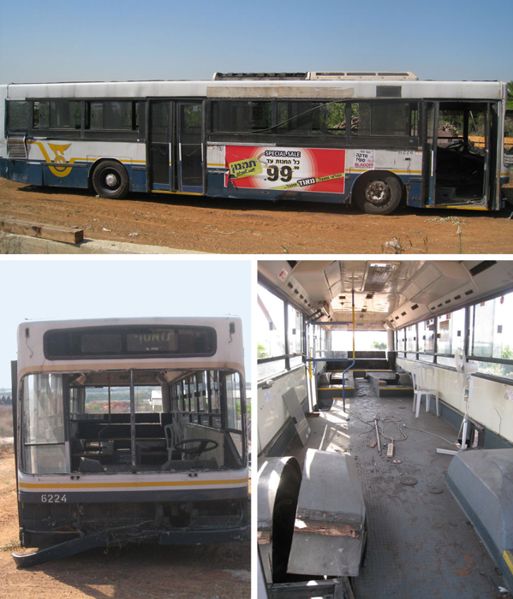 Tali and Hagis started by picking up a public transit bus from a scrapyard. The bus they found measured about 39’ long and as you can see from the photos was in “less-than-perfect” condition. Tali and Hagit said it best “”We stared at it for days and we had no idea how to start. Bus was destroyed and its structure created many constraints.” After some deliberation, they brought in a designer to help them with recreating the floor plan to accommodate for living space and all the conventional necessities of home. The basics are certainly included in this incredible custom bus, but they are done so with a luxury eye for design.

Though the two partners are from Israel, it is easy to see the American design influence. After all, you will spot an Aubrey Hepburn photo and a kitchen/dinette with a likeness to an American Diner inside. 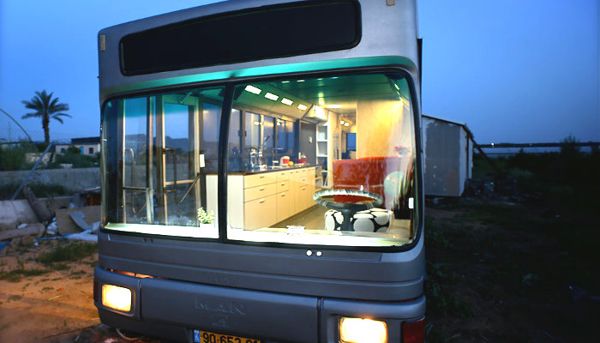 Tali and Hagis are expected to sell their custom bus for around $300,000 when it is all said and done. They are hoping to find a buyer that can enjoy the transient lifestyle and who needs comfortable housing but is unable to afford it. Israel apparently is plagued by issues of affordable housing.

Could you spring for a $300,000 old public transit bus? It probably offers more character than a fancy motorhome but can it compete with all the modern pleasantries that are standard with a RV in that price range?