He and his wife built this overland camper from an old German Army truck and shelter. And he wrote a book about how he did it!
456
SHARES
2677
VIEWS
ShareTweet

For over 20 years, Ulrich Dolde had dreamed of traveling the world in his own, self-built motorhome.

He finally turned that goal into reality at the age of 44. After quitting his job, he took the money he had saved for his pension and bought an old army truck.

As a windsurfer und kiteboarder I yearned for all the windy spots around the world to try them out. I thought I would never be able to afford it until I had the idea of building a truck on my own.

With no experience (but a strong will), he relied on his friend’s know-how and his wife’s support to create an expedition vehicle from the ground up. 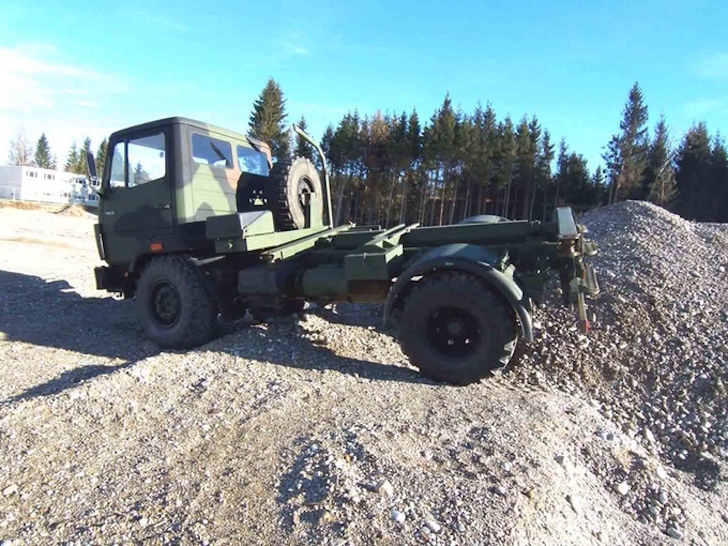 He repainted the exterior and stripped the chassis. 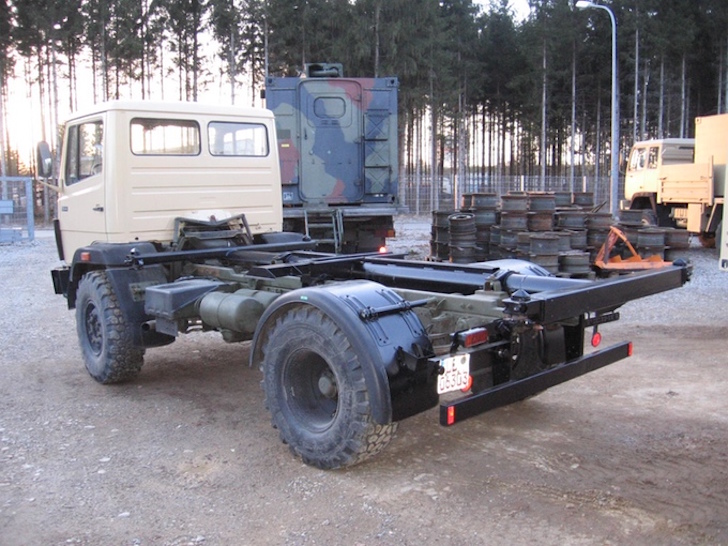 This German Army Zeppelin FM 2 shelter would fit on the back of the truck and serve as the new living area. 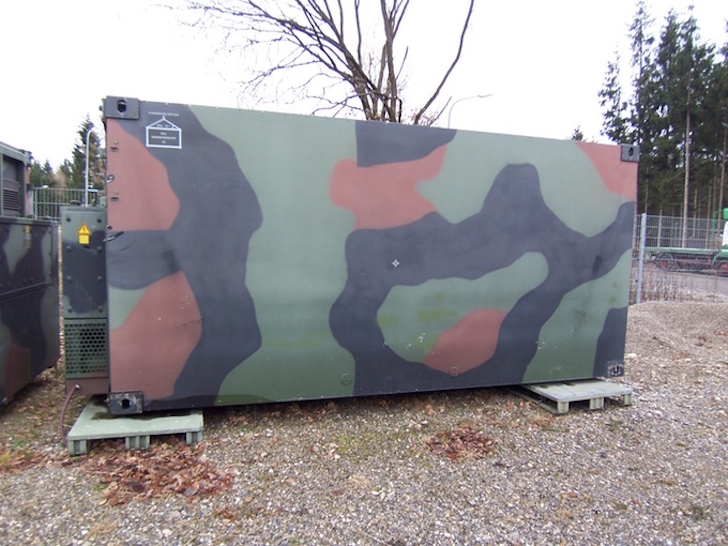 Once installed and with some new paint on the shelter, the truck took shape! 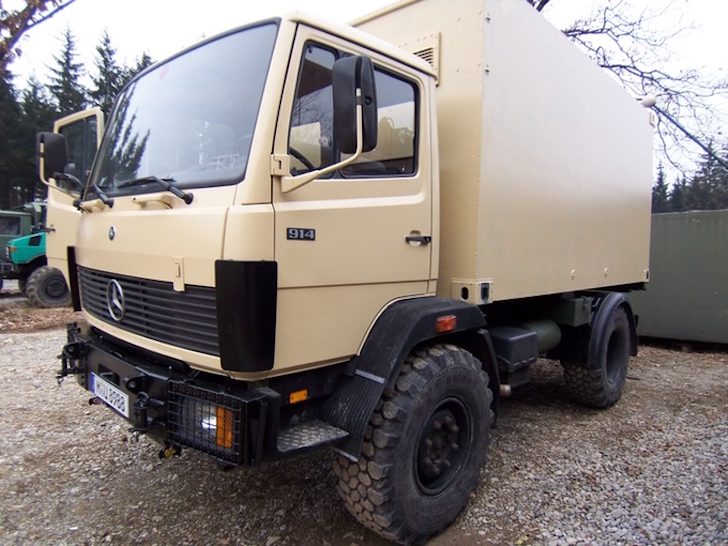 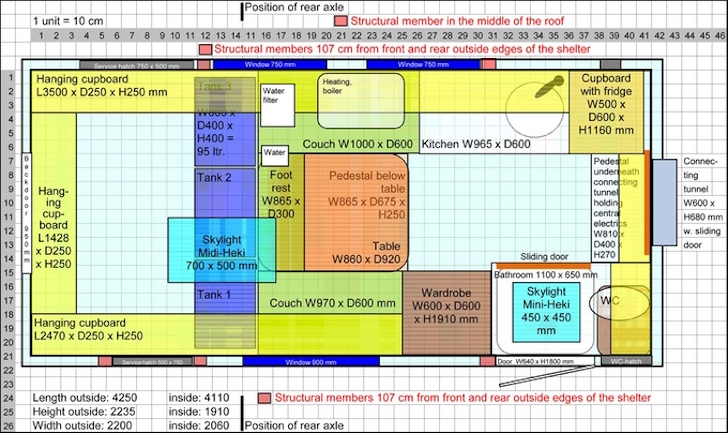 He had to drill nearly 2,000 rivets to remove the old rails from the interior walls. 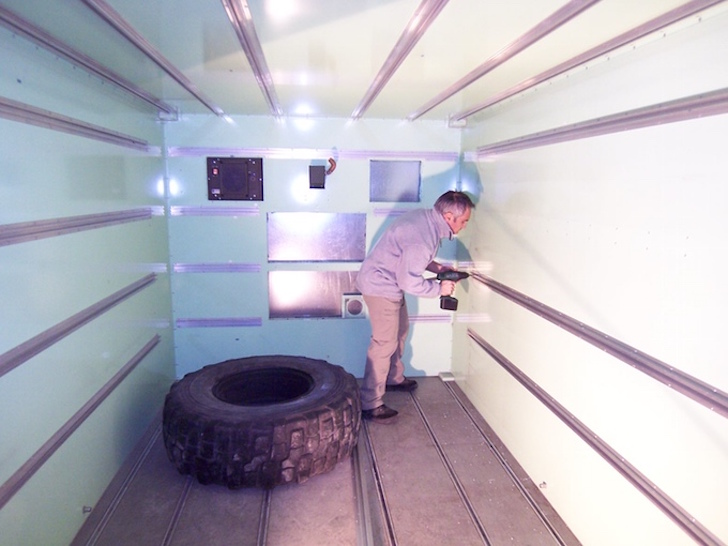 Once completed, they applied an adhesive for glass fiber wall paper. 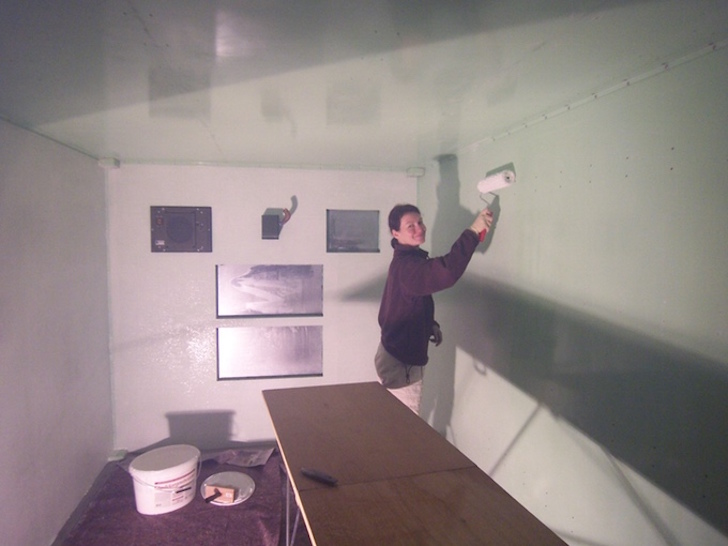 And cut out openings for the windows. 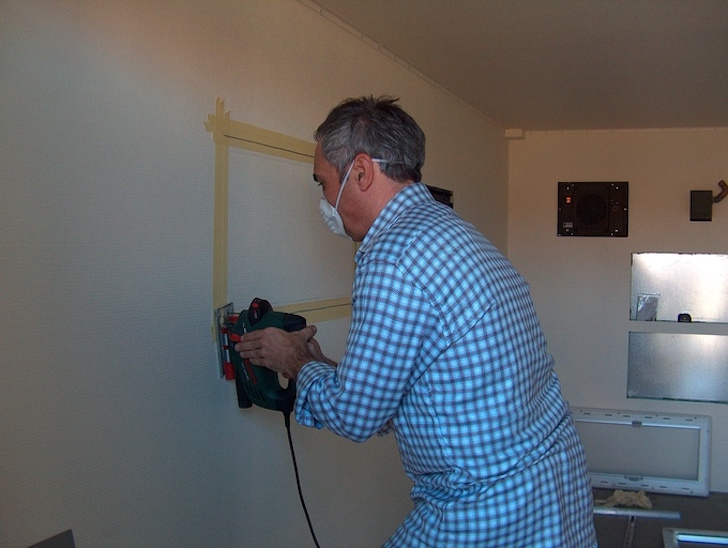 Skylight covers and solar panels on the roof. 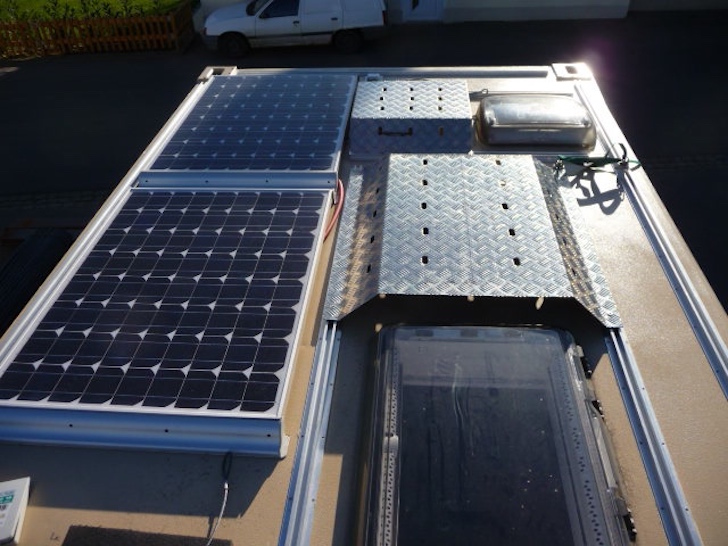 These two Mastervolt Ultra 2500 lithium-ion batteries provide 180 Ah each and power all the necessities while off-grid. 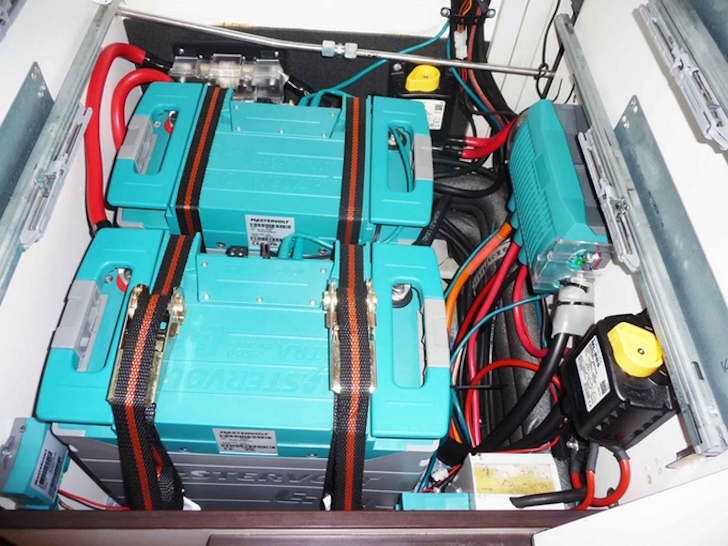 The new 300 liter gas tank waiting to be installed. 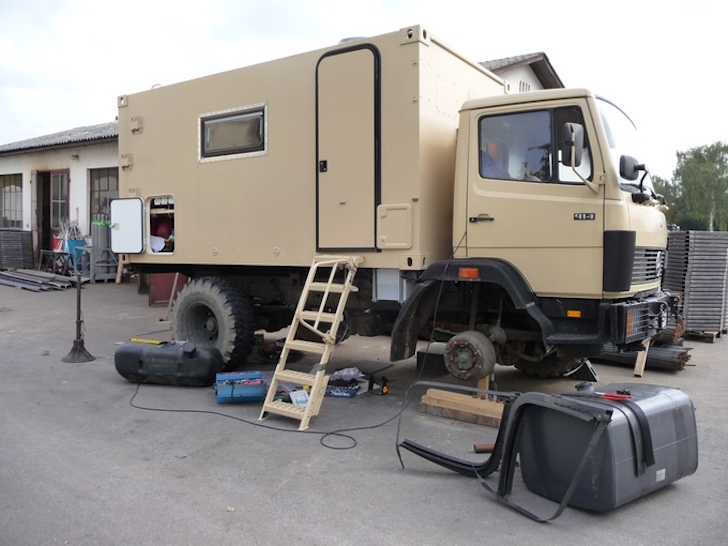 The potable water tanks are inside the vehicle, under the bed. 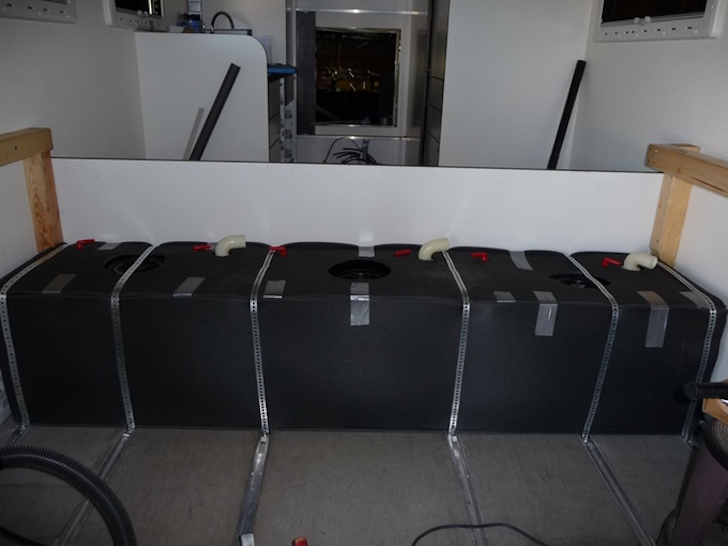 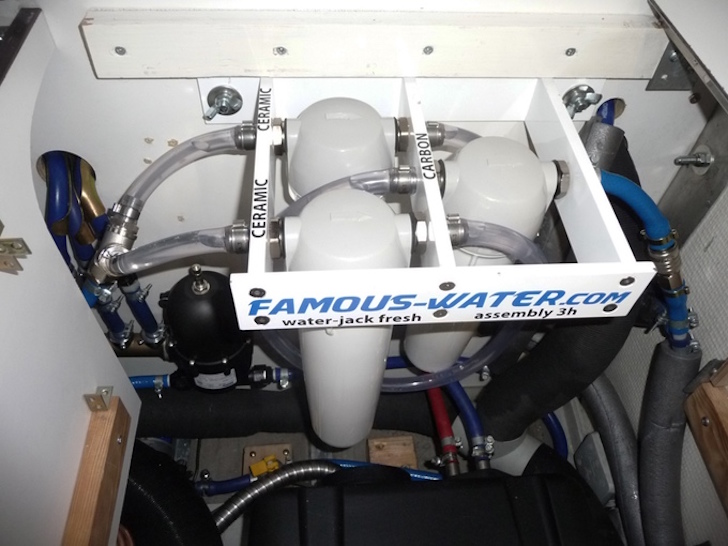 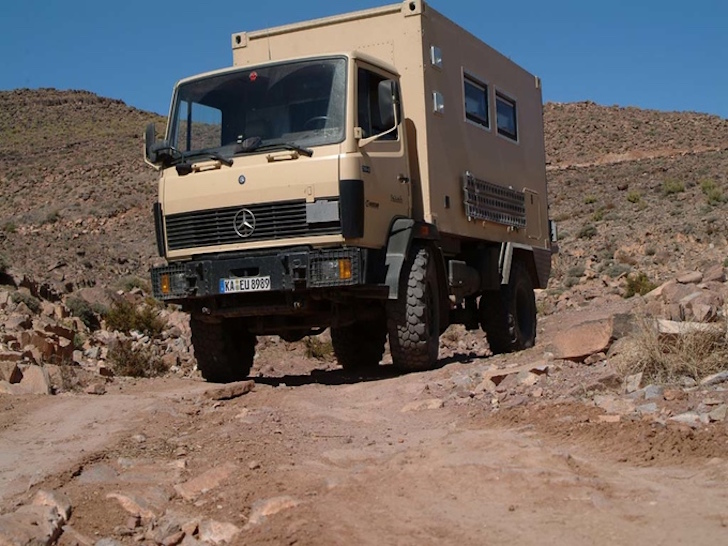 The retractable rear carrier can carry two complete spare wheels and a motorcycle. 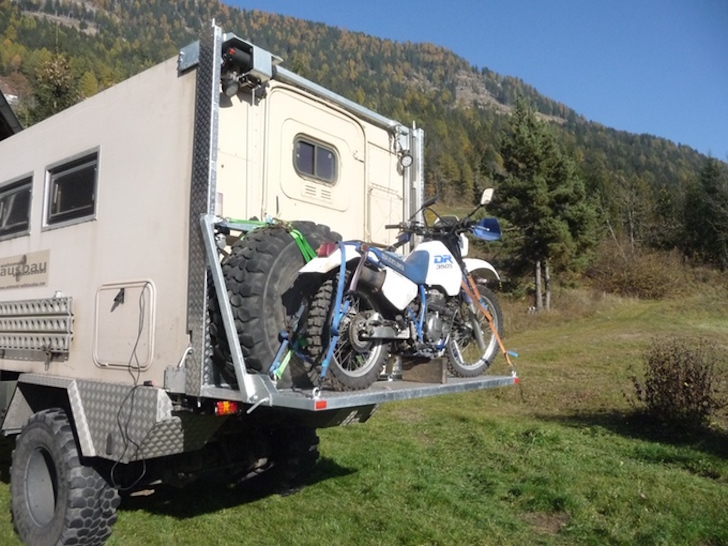 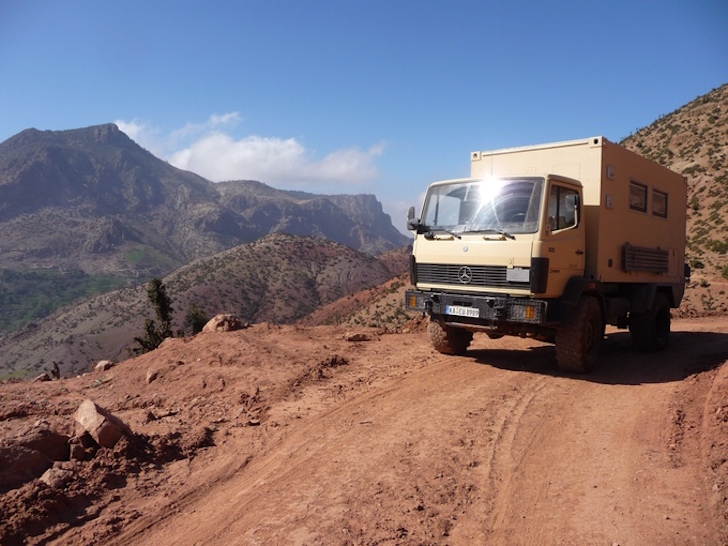 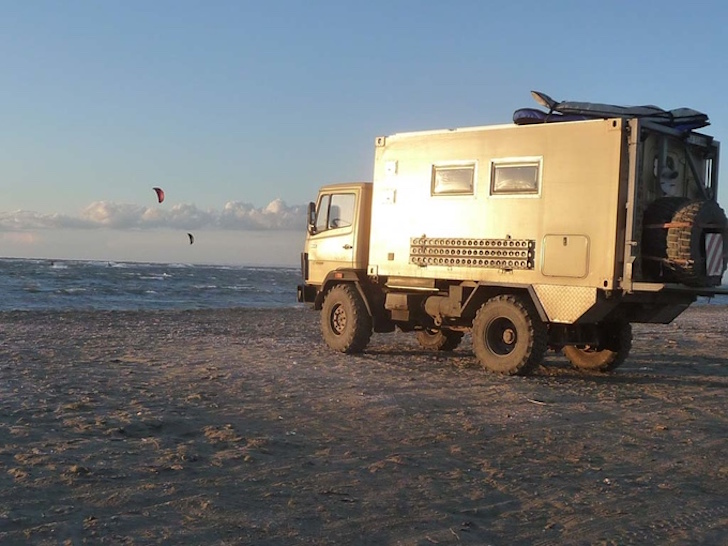 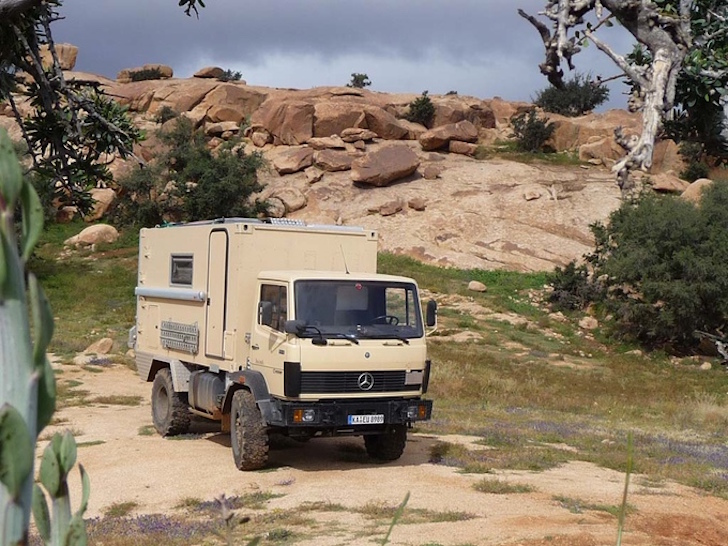 And the gorgeous interior! 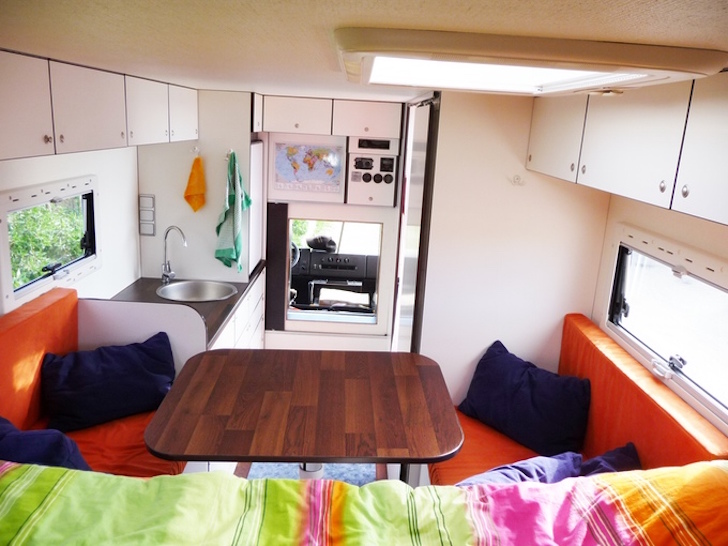 He’s written a book (in German) detailing how others can build their own off-road adventure vehicle. And he wants your help to translate it into English! 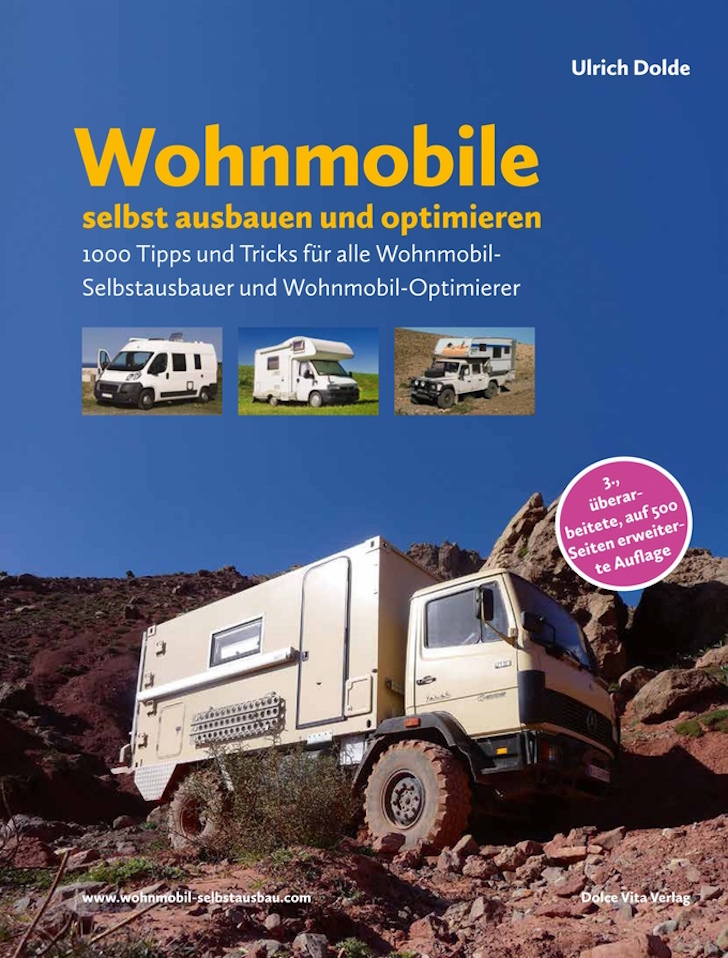 Once he and his wife returned from their first eight month trip to Morocco, he wrote a book in German about how to build a camper van, motorhome, or overland truck.

Two years later, after much prodding from readers of his original book, Ulrich wrote another book, now in its third edition. He wants to translate the book into English. He’s started a Kickstarter campaign to make this happen!

Some of the options to back his project include live coaching via Skype, copies of the translated book, and even help in turning off-road camper building into a business.

For more information about the Kickstarter campaign, visit his page here.

To learn more about his converted army truck, visit his website at this link.