Skip to content
Table of Contents show
1. The Grapes of Wrath style housetruck built on an old Ford.
2. Before and after of a classic house truck build.
3. Fully sided and with a picture window windshield, this example looks more house than truck.
Share this post:

Though many people seem to think that the tiny house movement invented the idea of going small, it is far from a new concept.

From the Romany gypsy wagons of Europe to the Prairie Schooners that housed the shepherds of the great American West a century ago, tiny houses have been around for…awhile.

One of the latest incarnations isn’t so late either. They call them house trucks and they’re pretty stinking cool.

1. The Grapes of Wrath style housetruck built on an old Ford.

2. Before and after of a classic house truck build. 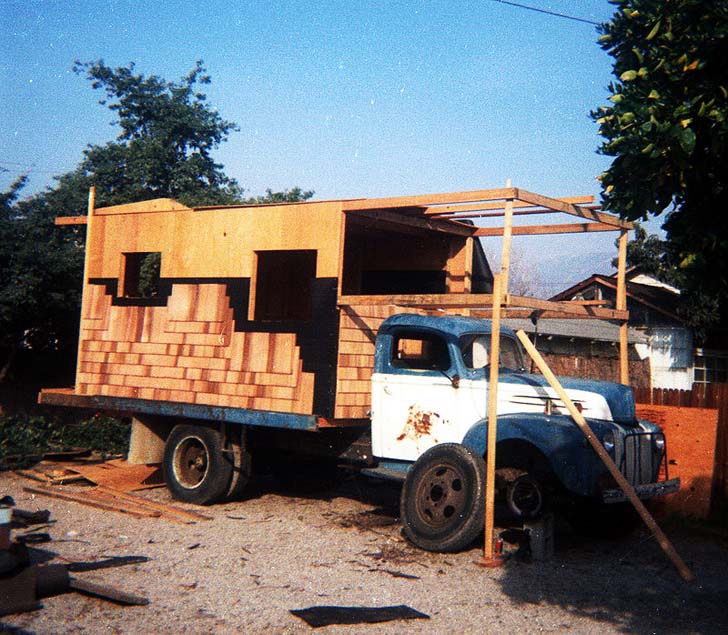 THOWs or Tiny Houses on Wheels are a new-ish designation in the bespoke RV market. Many are built on trailers, but a growing number are being constructed on the able shoulders of flatbed trucks.

In particular, vintage trucks seem to be extremely popular.

3. Fully sided and with a picture window windshield, this example looks more house than truck.

As any tiny house aficionado can explain, there are huge advantages to having your home on wheels.

First, it allows you to be mobile.

Second, it can be very hard to find a place that will allow a tiny house on a foundation, due to zoning laws.

Both of these reasons play heavily among the motivations common to house truck dwellers.

Share on TwitterShare on FacebookShare on PinterestShare on LinkedInShare on Email
Pages: 1 2