Skip to content
Table of Contents show
John (left) talking with Practical Motorhome magazine.
Inside John’s simple, no-frills motorhome.
These neat zippered pockets line the inside of the cabin. They work better than drawers when the cab starts rocking.
The T-16 LED hybrid driving light from LAZER makes off-roading at night safer and easier.
There’s a hot water hookup for outdoor showering.
And a two-burner cooktop with sink.
The rear of the Land Cruiser pops up to reveal a loft bed.
Watch John show you around his custom Toyota Land Cruiser below.
Share this post:

John has driven from London to South Africa twice in his custom Toyota Land Cruiser. 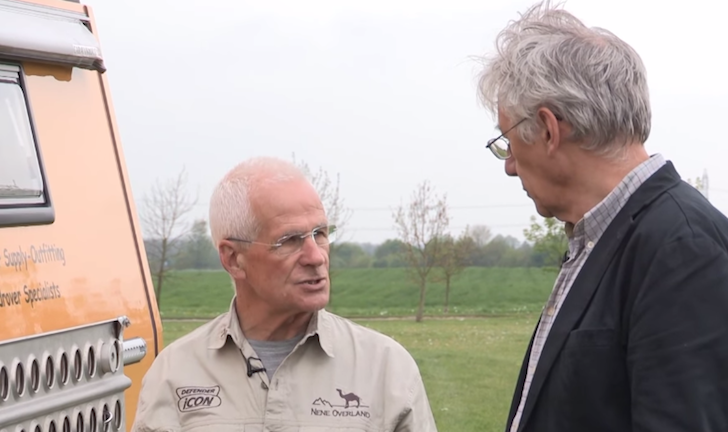 The motorhome is built on a 78 series chassis, the same used by the UN and other international agencies for their vehicles.

He likes this model because the engine has no electronic fuel injection. When he goes to Russia, or other parts of the world with poor-quality gasoline, the engine won’t seize up on him.

The top pops up for more headroom and reveals a lofted sleeping area. But you can also lay down on the sofa without having to raise the cabin. John says it’s nice not having to always raise the roof, “…for those times when the wind is blowing in Patagonia or South America.” 😉

There’s a fridge, twin-burner cooktop, sink, and a shower tap in the rear.

John also has a chemical toilet for emergencies and carries 280 liters of fuel (74 gallons) and 100 liters (26 gallons) of water with him.

Practical Motorhome’s Andy Harris talked with John and got an in-depth tour of his custom setup. See some pictures and watch the video below. 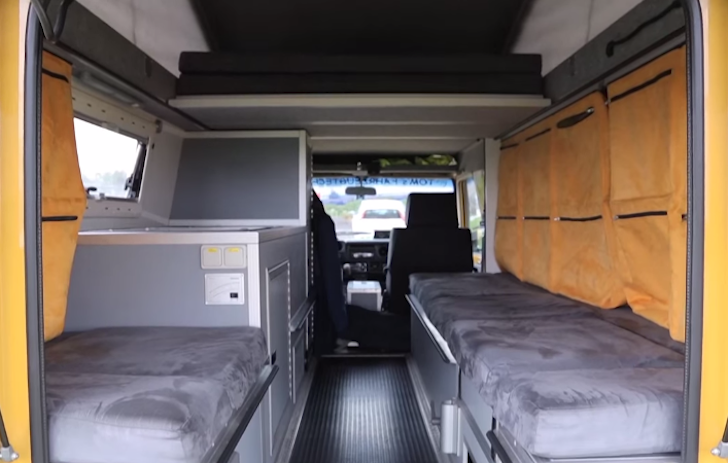 These neat zippered pockets line the inside of the cabin. They work better than drawers when the cab starts rocking. 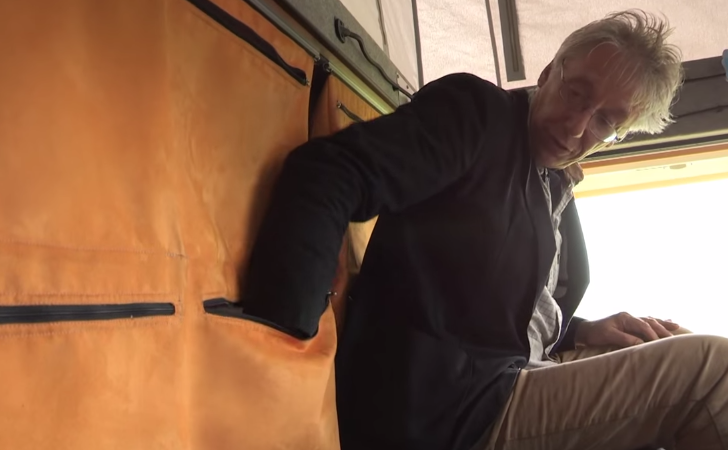 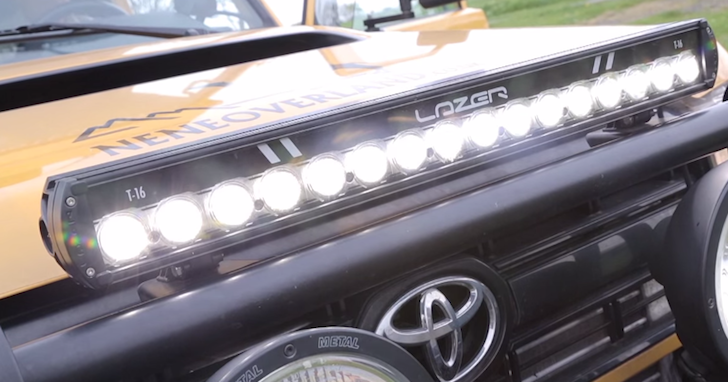 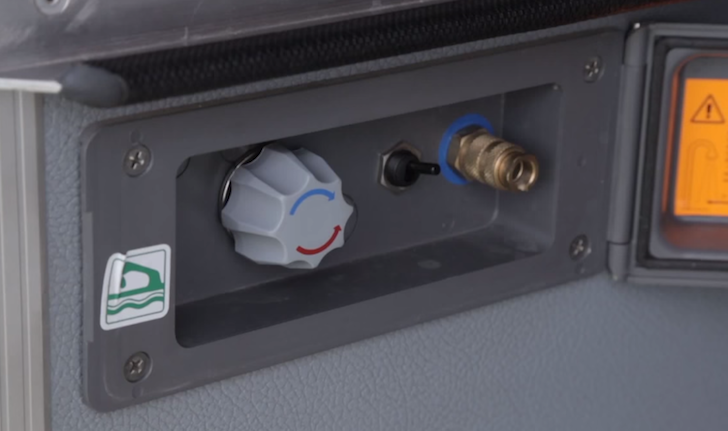 And a two-burner cooktop with sink. 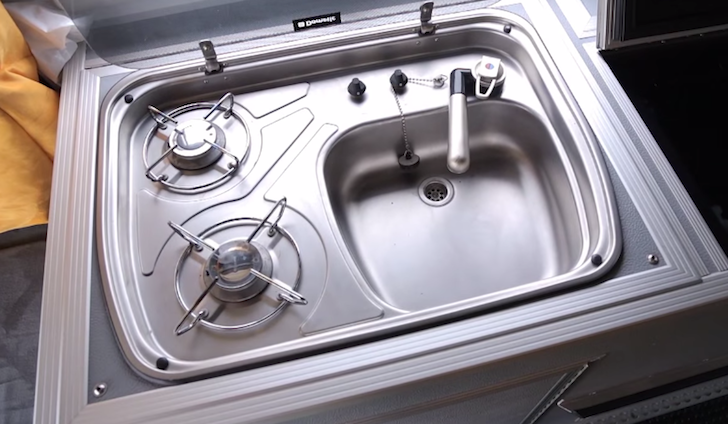 The rear of the Land Cruiser pops up to reveal a loft bed. 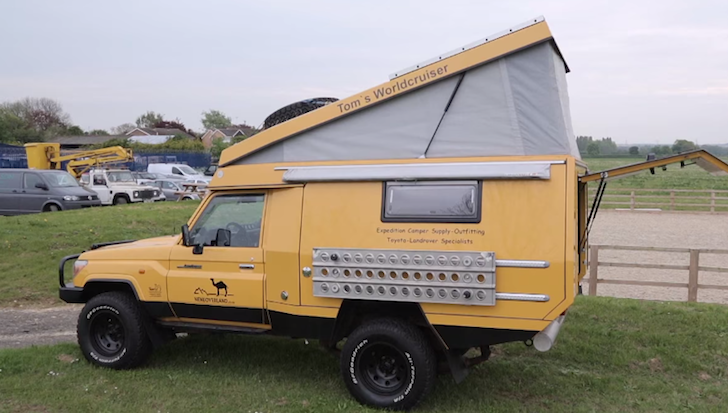 The grates you see on the outside of the Toyota can be placed under the wheels to provide traction for getting out of mud or sand. Probably important if you’re doing a lot of off-roading!

John will be 73 next year, and he’s planning to travel to Central Asia, Mongolia and the Gobi Desert.

The price of John’s rig?

See also: Ever Wondered What a $171,000 DIY Motorhome Looks Like? I am Speechless.

He says that the total cost for a setup like his runs about 100,000 euros, complete with a double-skinned aluminum living area. Each rig is custom-built in the UK on Toyota’s 78 series chassis.

Watch John show you around his custom Toyota Land Cruiser below.

The zippered-pouches that line the walls of the living area look like a great idea. Cabinets take up a lot of space, and things tend to bang around. The pouches would make organizing items easier, and probably make a lot less noise when he’s driving down rough roads, don’t you think?