Skip to content
Table of Contents show
John’s 1955 Type 2 Samba Microbus.
VW experts made the interior look just like it did back in the mid 1950s.
Check out the wooden storage compartments in the rear.
The bus has a new 2.0L engine, new brakes, and an independent rear suspension.
This rare period-correct Dudley stove replaced the original cooktop.
More Volkswagen:
Share this post:

You can bet the folks who bought Volkswagen busses back in the 50s and 60s never thought they’d be selling for over six figures today.

This 1955 Type 2 Microbus was owned by John Colborne-Barber, the man who started the first Volkswagen dealership in England in 1949. John bought a Beetle off of a friend after the war, and liked it so much that he started importing them from Germany. 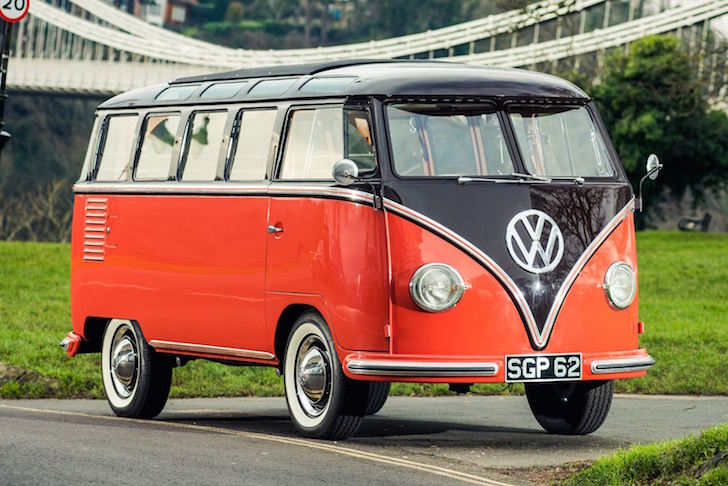 Decades ago he converted the interior into a camper for his family, adding a stovetop and refrigerator.

The van was in storage for almost thirty years when it was recently discovered and restored to its present condition. 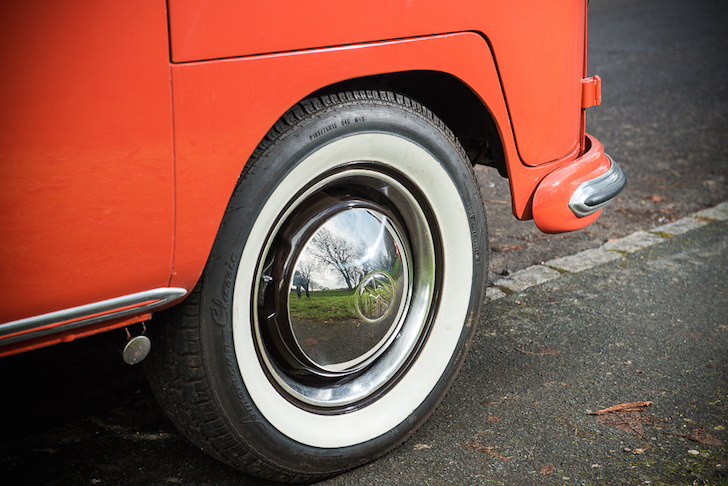 VW experts made the interior look just like it did back in the mid 1950s. 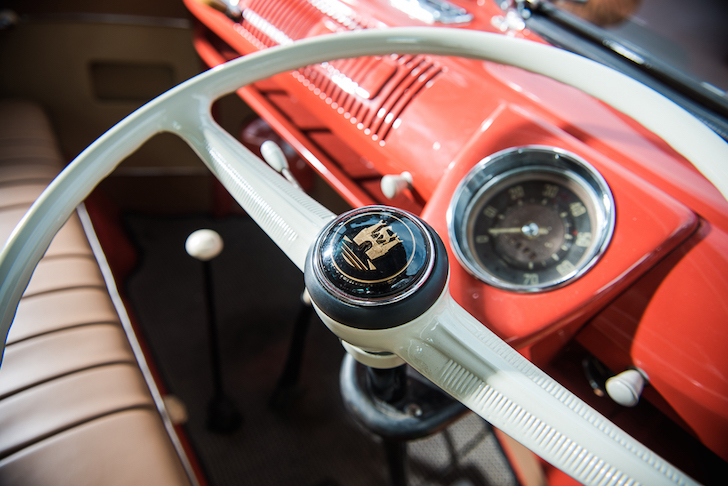 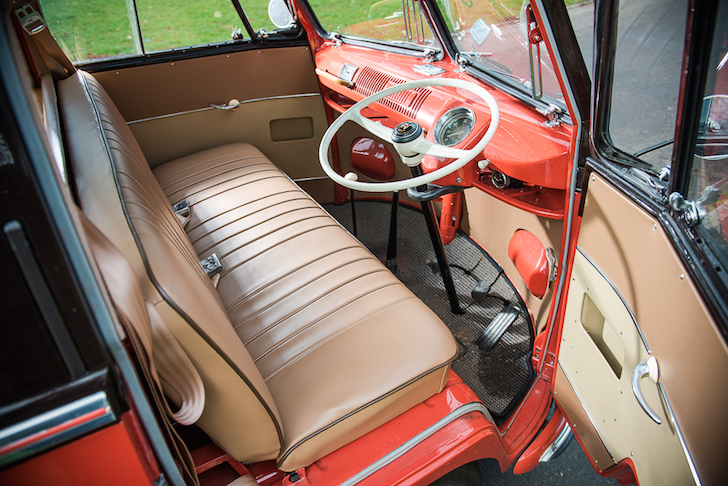 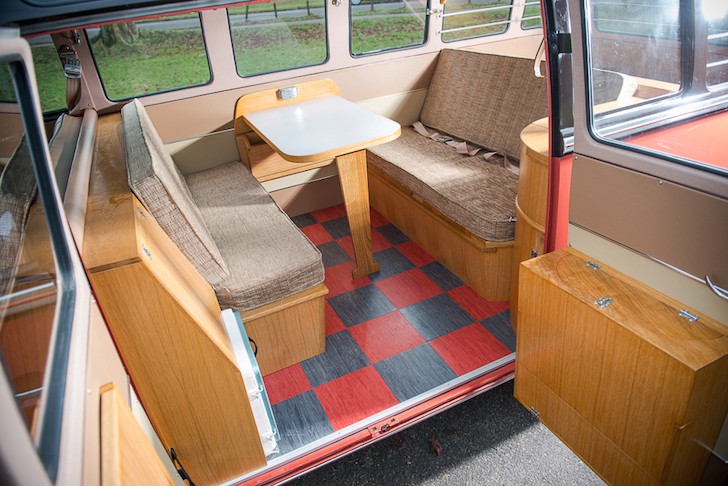 Check out the wooden storage compartments in the rear. 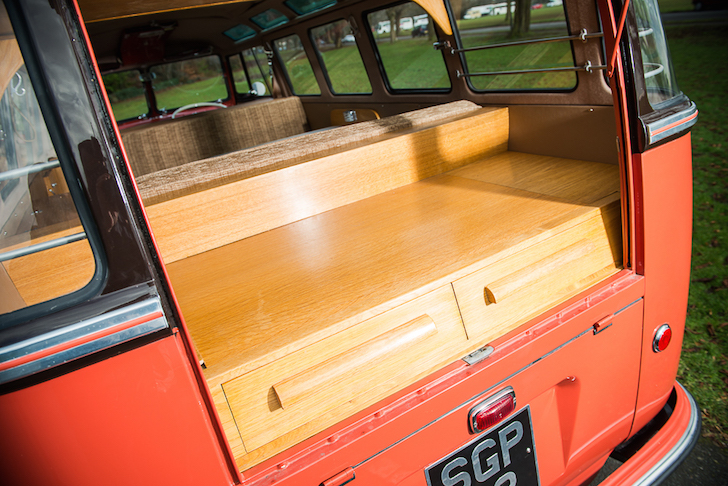 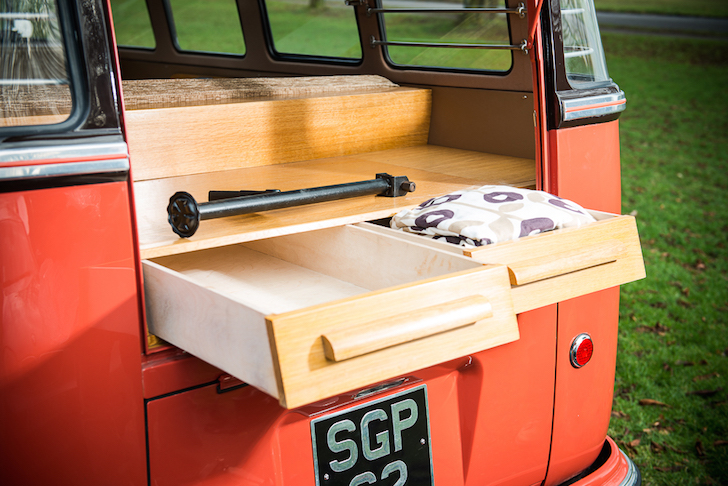 The bus has a new 2.0L engine, new brakes, and an independent rear suspension. 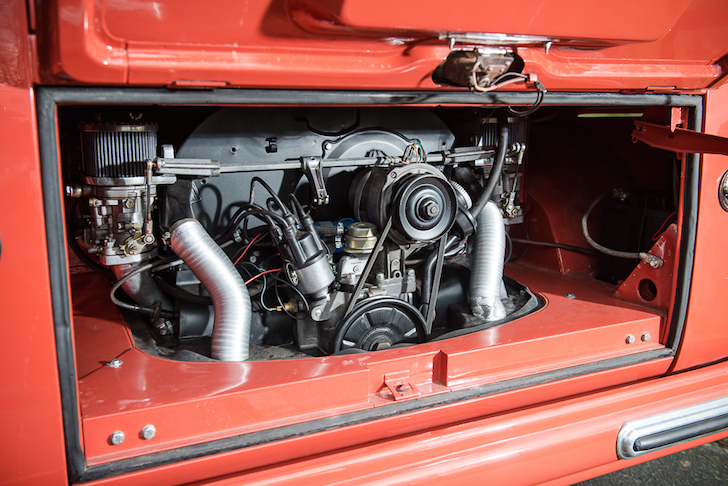 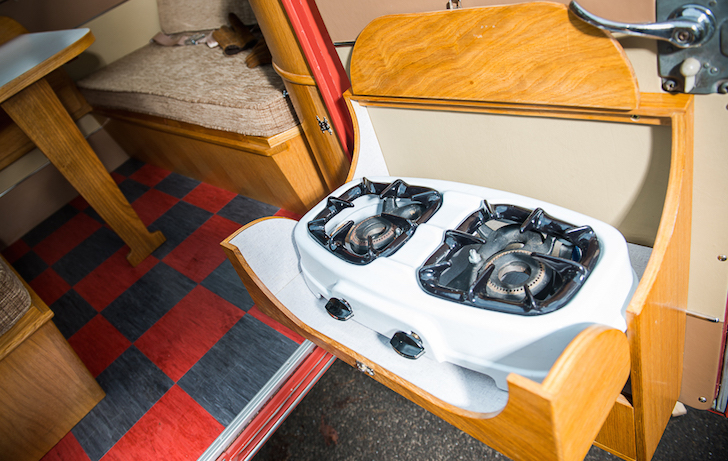 The camper is scheduled to sell in late February through Silverstone Auctions. While the auction house is in the UK, if you can afford the expected six figure price tag, you’ll probably be able to find a way over there in time to buy it.

VW began production of this Type 2 model in 1950 (the Type 1 was the original Beetle). Designed as a utility vehicle, the Type 2 came in several body styles, the Transporter, Kombi, and Microbus.

This particular model is the deluxe version called the Samba. The Samba is the most luxurious Microbus, and has 23 windows that wrap around the camper and 8 windows in the roof!

For more information, read the detailed history of this camper at Silverstone Auctions.

Via Yahoo UK and CarScoops.
Details at Silverstone Auctions.