The New York Times wrote that,

Even when he is at his ranch in Spicewood, Tex., Mr. Nelson is said to often sleep on the bus, which is where he frequently engages in what he calls “adjusting his personality” — or smoking marijuana.

Since 1979, Willie has had a series of five tour buses, each named, “Honeysuckle Rose.”

One of the most interesting features of Willie’s newest tour bus, are the twin generators he uses to power his rolling home. 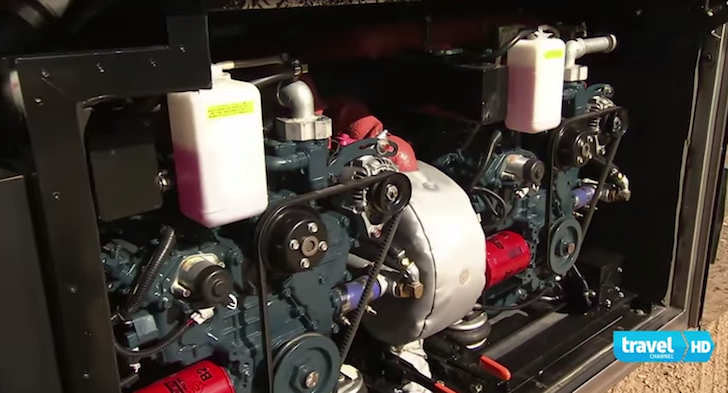 Tony Sizemore is one of Willie’s drivers and also services the bus. He’s worked for Willie Nelson for over twenty-five years, and shared some of the details about Willie’s two-generator setup.

We run two generators, which is unique to most buses…we use two because of breaking down. We don’t want a generator to quit and not have air conditioning, electricity in the bus.

The generators are designed to burn biodiesel.

It’s something we can grow ourselves, our farmers can profit form it, and we don’t have to go around the world starting wars because of oil.

Another neat feature is how the generators are mounted in the coach.

Each of the two generators sits in a rolling tray. The tray can easily be pulled out, allowing free access to the entire generator.

Each generator is mounted on a tray for easy access. 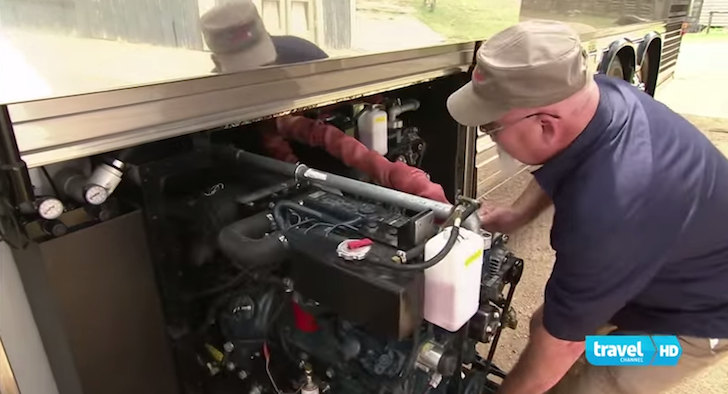 Like on a navy submarine, the generators sit on rubber gaskets to reduce noise and vibration. 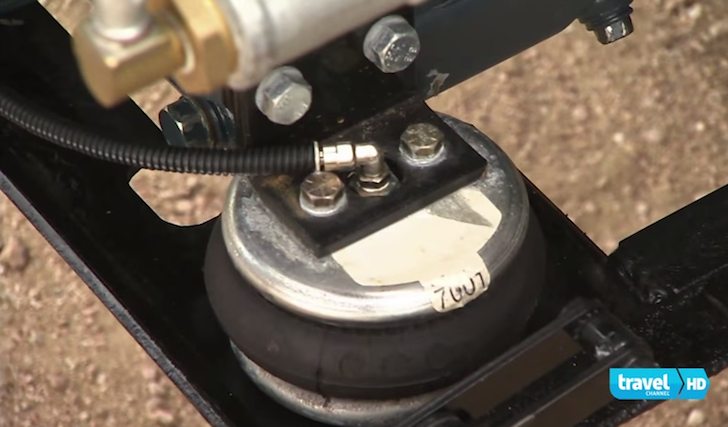 The air bags are adjustable and allow the driver to raise or lower the pressure inside the gasket.

Each generator is liquid cooled. The pipes run to radiators on the opposite side of the bus. 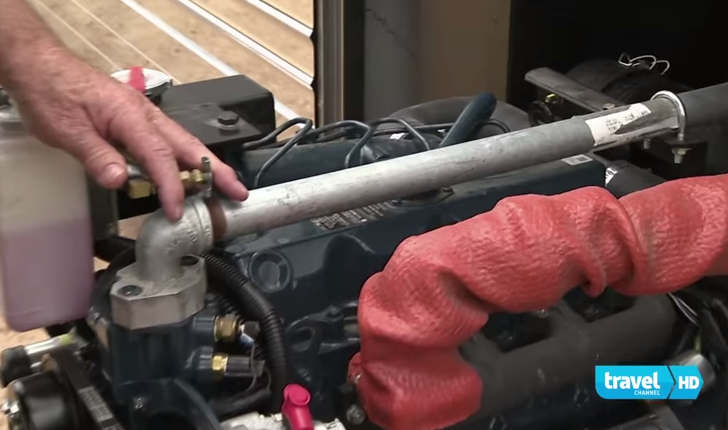 The exhaust is routed through pipes to the top of the coach, much like with an after-market generator exhaust extender system.

The engineering that went into this generator setup rivals that on a US Navy submarine! Pullout trays, air bags, and a liquid cooling system!? Awesome.