When Bedford OB buses were first introduced in 1939, only 73 were built before production stopped due to World War II. It wasn’t until about 1945 when Bedford started producing the vehicles again, with few changes to the pre-war design. By the time the OB bus was discontinued in 1951, only 12,693 had ever been made.

Only 180 are still known to be in existence today – 70 of which are in road-worthy condition. Among those 70 that remain in great shape, this sleek 1950 model was incredibly restored with up-to-date features like a sunroof and Samsung Smart TV.

Walter Bell first bought this 1950 Bedford OB bus from a collector in Wales. When he towed it back to his workshop, the rust-covered vehicle hadn’t been driven in decades.

The classic motor enthusiast spent over 3,500 hours (and £200,000 British pounds) restoring the vehicle and making it road-worthy again. 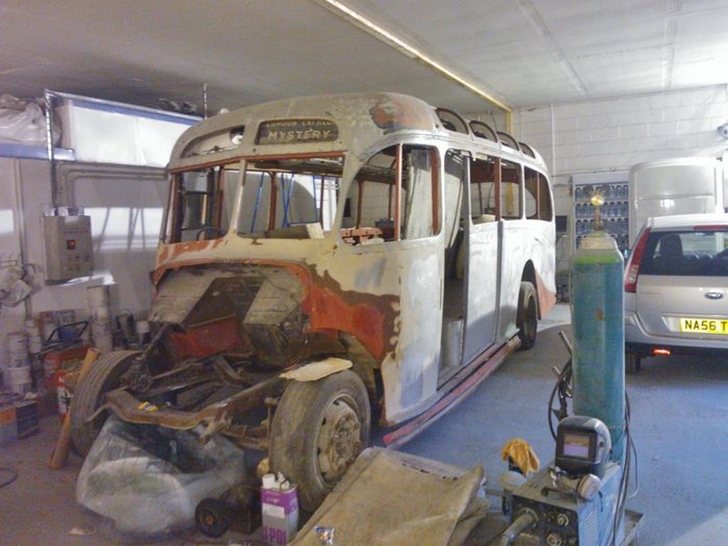 He added in a new 6.5-tonne Iveco three-liter HDi diesel engine and rear air suspension. Not only can it drive again but this polished gem can reach a top speed of 90mph. 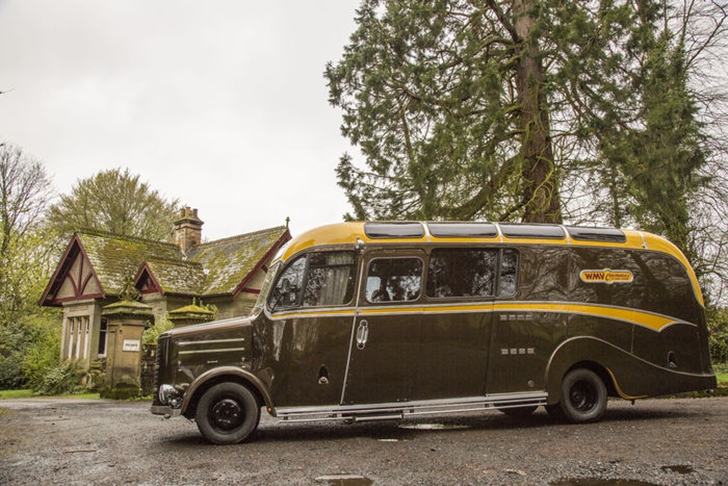 Inside, the retro bus now has a bedroom, full bathroom with a shower, seating for up to five people, and a couch that folds out as a double bed. 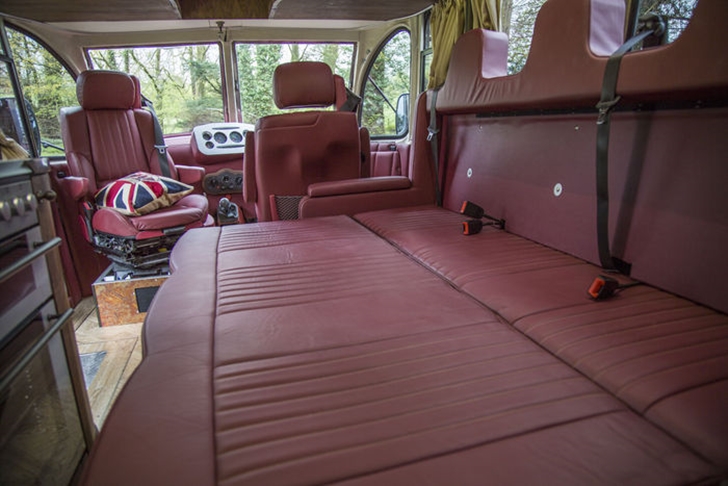 A gorgeous walnut kitchen was installed, along with ruby red leather seats and a large sunroof. 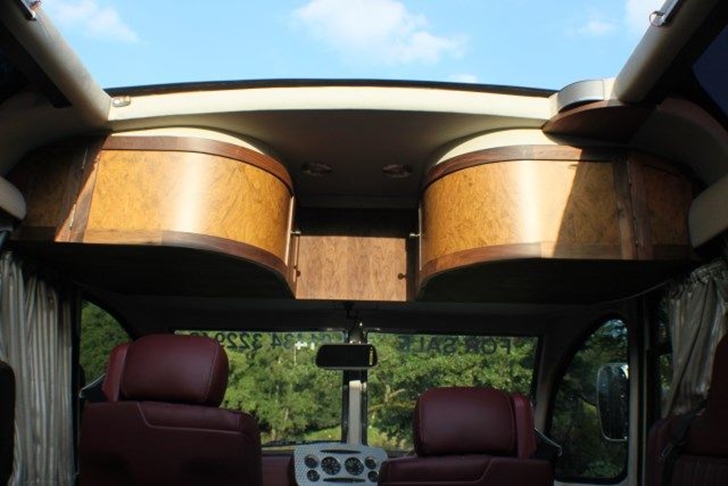 The vintage bus was updated with a range of modern technology. Walter added a 27″ Apple Mac computer/TV in the kitchen that’s linked to another Samsung Smart TV in the bedroom. 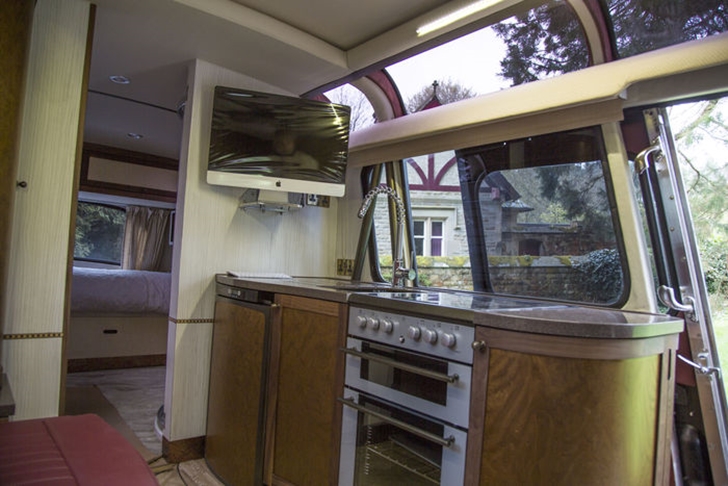 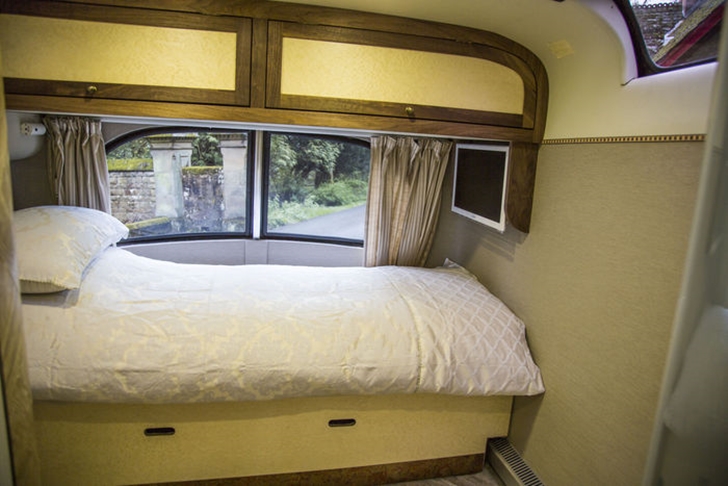 The rusted exterior was restored with stunning bronze and yellow paint work. 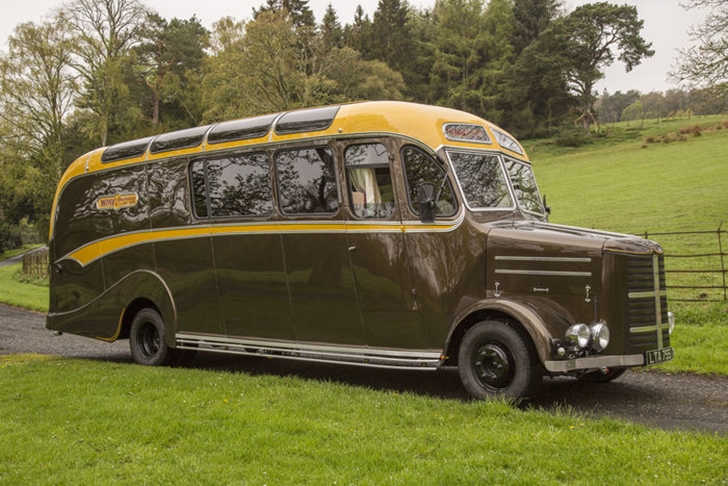 Despite all of the time, money, and energy he put into restoring the bus, Walter actually listed this Bedford OB for auction last year in the UK. 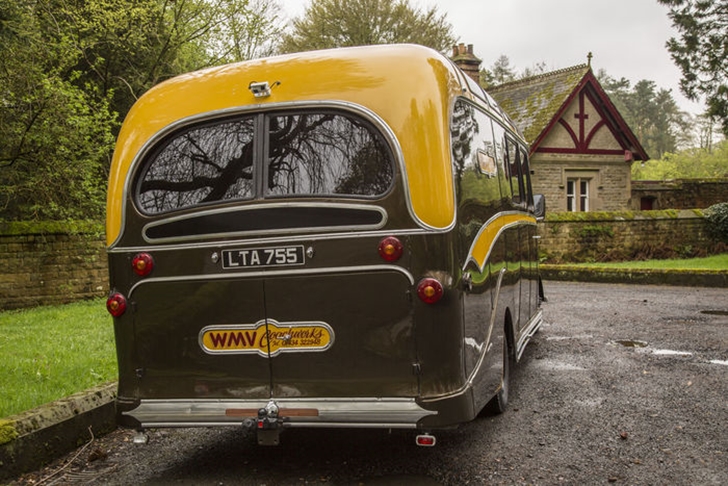 The auction has already ended, but for more specs and photos, you can still view the original listing here.

What do you think, would you drive this restored 1950 bus? If you’re a fan of classic vehicles, also check out This Restored 1937 Zeppelin Roadliner