We’ve seen converted school buses before, but not with custom mural artwork like this one. The bus, a 1994 Ford E-350, belongs to professional mountain biker Andrew Taylor. After buying it off Craigslist for only $2,000, the pro rider spent over six months tearing the inside out and building his dream home on wheels.

Taylor was lucky to know people in several different industries to put the bus together. One friend who works for a metal company designed a custom rack to hold all six of his mountain bikes. Another friend hooked him up with two 100-watt solar panels for the roof to power all of his electronics.

The new paint work was outsourced to a friend as well. Taylor commissioned artist Alex Dunn to create a mural around the bus with a desert and forest design. 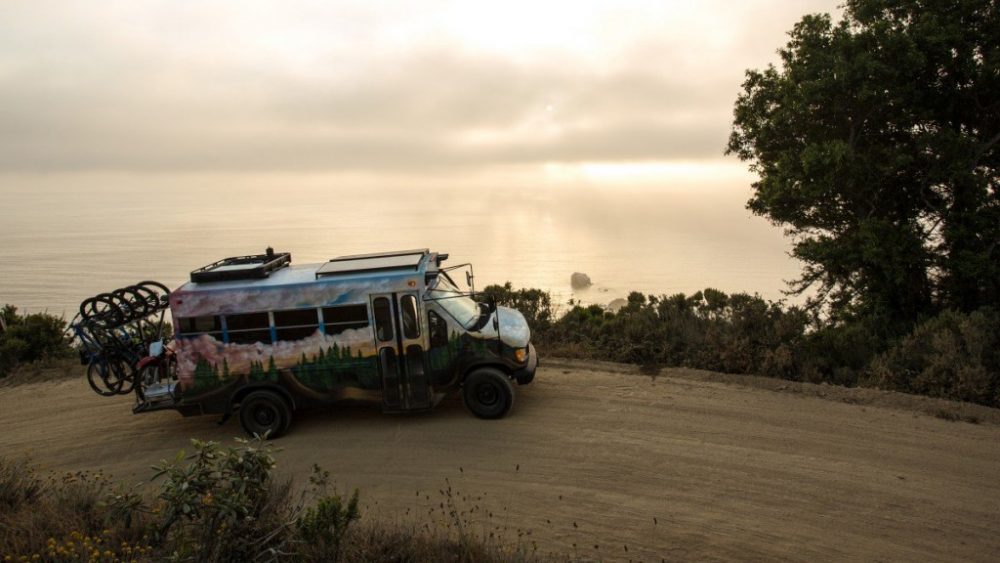 Originally the inside had rows of seats, but Taylor stripped all of them out. He added laminate hardwood flooring, extra storage space, and a small kitchenette with granite countertops, a sink, fridge/freezer, and cupboards.

He also put in a bed that folds up as a couch, and a sofa that lifts up to reveal more storage beneath. For cruising music, Taylor installed a new stereo system, along with an iPad for watching TV & movies. 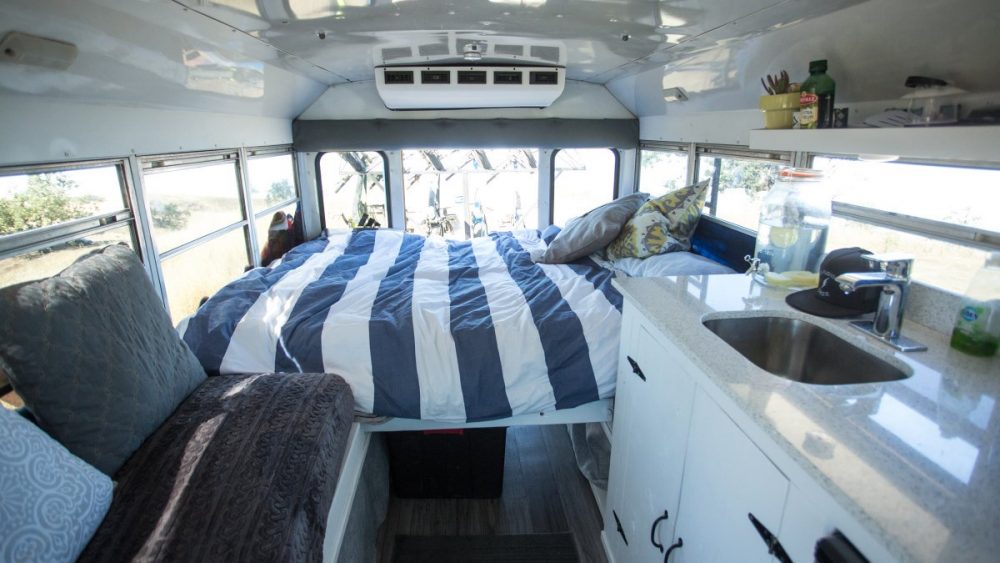 The bus doesn’t have four-wheel drive, but Taylor put on tough all-terrain tires for a little more traction. Out back, in addition to his custom bike rack, a metal platform holds Taylor’s Honda XR 100 dirt bike and a grill for cooking.

For the full tour, check out the video below produced by Long Nguyen.

Talk about living the life. If you’re a fan of skoolies, also take a look at these conversions: