Food trucks are a popular business idea and a fun way to enjoy a city’s local cuisine. However, one frustrating thing about picking up lunch at a food truck is that there is usually no place to sit down and enjoy your soup or sandwich protected from the rain or snow.

The Bus Boy Mobile Cuisine, in the Nevada capital of Carson City, has a remedy for that: send customers upstairs!

The mobile eatery is actually a double-decker bus from Great Britain that has a second floor specifically for dining. The bus can seat 28 people in its diner-style upper deck.

The downstairs portion of the bus is dedicated to the driver’s seat, the kitchen, and a protected waiting room with comfortable bench seating for to-go customers to wait for their food out of any inclement weather.

The Bus Boy is owned by Billy Lavelle of Queens, New York. Living in such a culturally diverse community sparked his passion for food. Since the bus originally came from Bristol, England, The Bus Boy serves traditional pub food such as fish and chips and Beef Wellington.

Customers can order and climb the curvy staircase to the top level to wait for their food. Orders are brought up by the kitchen via a dumbwaiter elevator and served by a staff member. Customers can also order to-go meals at an outside window.

“I believe the idea of the double-decker bus was a gift from God,” Lavelle laughs. “I’’m not smart enough to come up with such a different concept on my own. My wife Laurie came up with the name, The Bus Boy.”

The bus was originally used on a route in Bristol, England. It was shipped over to the states by the British Bus Company.

The bus originally made stops at over 40 locations in Bristol including Bath and Broadmead. The stops are even listed in The Bus Boy waiting area. 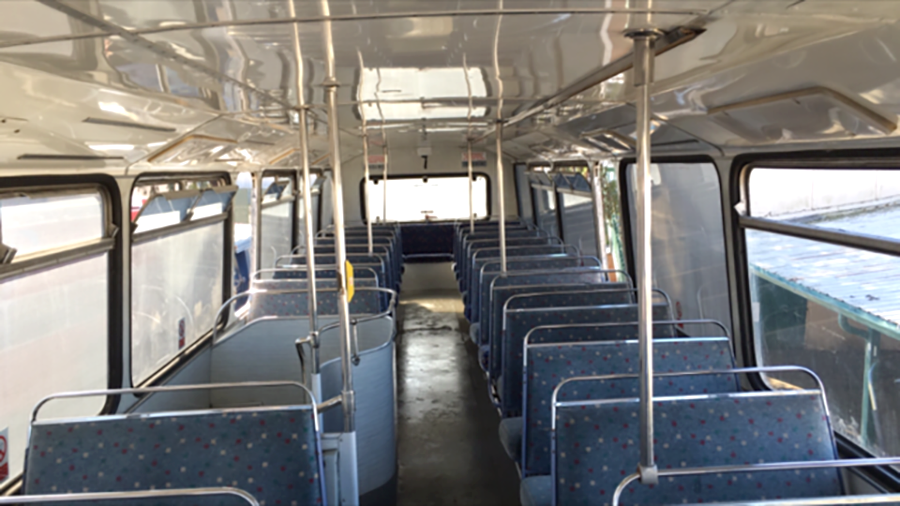 Lavelle tore out the original seating but used some of the seats for the dining room. During the conversion, Lavelle used the bus’s original seats for dining seating and installed dining tables complete with LED lights connected to individual controllers. 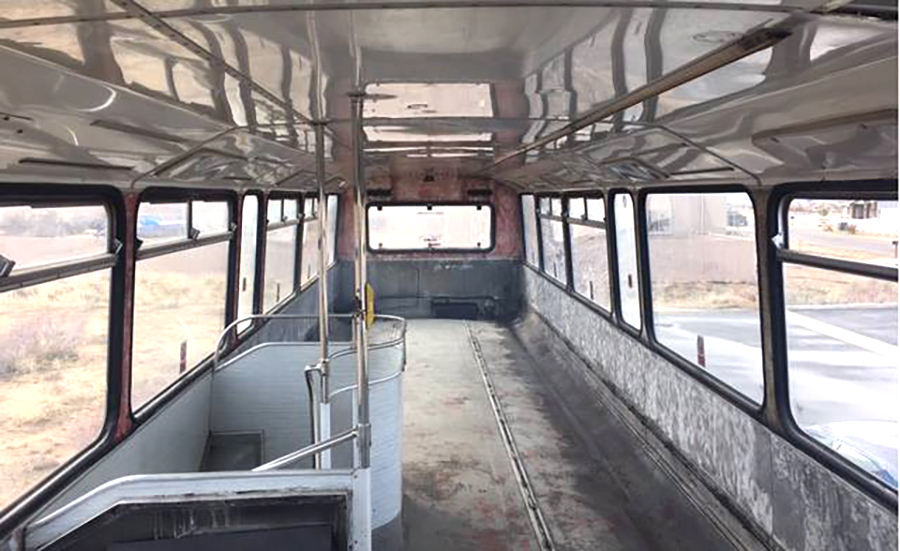 The British Bus Company sources double-decker buses to businesses and renovators in the U.S. They also professionally drive buses as shuttles or for special events.

The bus has three 55-inch TVs, two 40-inch menu TVs, and two sound systems that play British pop songs and classic rock both inside and outside. The outside awning has LED lights and the interior has minimalist chandelier lighting that matches the clean diner style.

The dumbwaiter that brings the food to the upper level is made by Powerlift Dumbwaiters. The bus can even tow a two-stall restroom and a 14-foot trailer with a walk-in cooler for special events.

Lavelle mentions that the bus conversion did take a lot longer and was more expensive than anticipated.

“The challenges were working through everything with the correct engineers (fire, structural as well as health safety),” he adds. “But with the challenges came the rewards of the friends I have made along the journey of getting this done. For that I will be forever grateful.”

You may also like: A Look Inside This Beautifully Converted Double-Decker Bus