Maria and Morten of the GoDownsize blog (as well as Maria’s One Girl One Suitcase travel blog) live in Denmark and were able to procure a small camper for less than $500. While they are not totally sure what they want to use it for, the tiny space might become a future one room micro home on wheels — or just a stylish way to explore Europe. 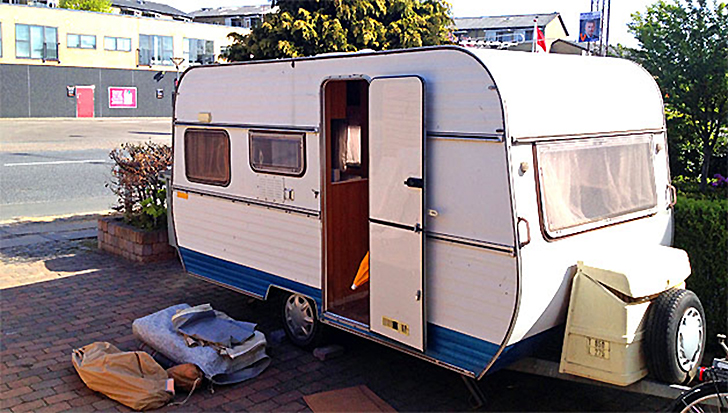 You can watch their progress on their GoDownsize YouTube Channel.

The German camper was built in 1975 and originally had a small wet bath, two skylights, dinette/bed combination and a tiny kitchen with a sink, stove and a refrigerator. There were plenty of cabinets in the camper, but Maria and Morten don’t have much stuff to store, so they decided to remove them. The wet bath only contained a sink and a mirror and the couple felt it took up too much space to be of any use.

Maria and Morten removed most of the cabinetry and will try to recycle as much as they can. 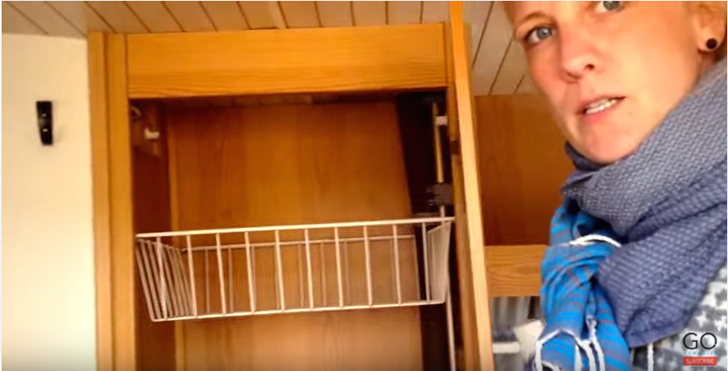 The couple have gutted the entire camper and are trying to recycle as much as possible. They had to replace the old gas appliances and will put in a new plywood floor and a custom made bed with storage. Maria’s future plans are to create a full kitchen with more space for food preparation.

The old gas appliances will be replaced with new electric versions. 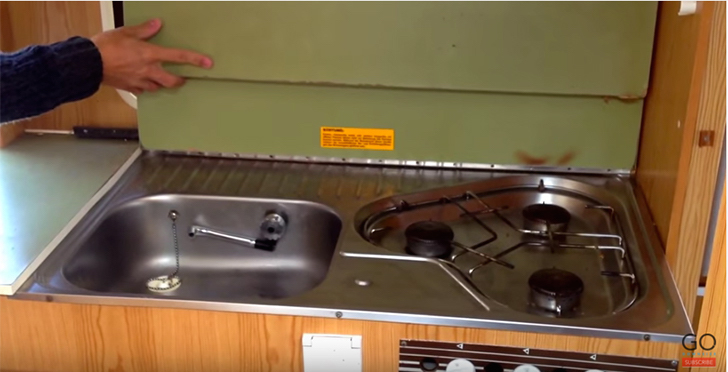 The couple gutted the entire trailer to open up the space. 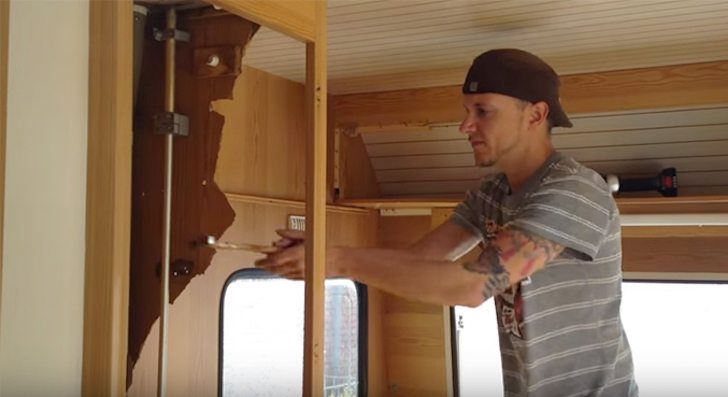 The freshly painted walls have just received new blue striped wallpaper that was actually made for a child’s room. Because of the color, the camper has been named “The little Blue Heaven.” The couple plan to install a fold-down table and their new bed next.

Maria glued the new floor with wood adhesive and clamped it down with books, pots of water and plants from her garden.

GoDownsize is about how to live big with less stuff. Maria and Morten write and discuss how to pay off debt, run a low-cost business, travel the world and find freedom. They plan to finish the trailer during 2016, and in 2017 travel around Europe. You can view their camper progress and their other downsizing videos on their YouTube channel.