We get to see many different RV remodels here at DoItYourselfRV,we don’t see many that come in the form of a Class B. In this case a 1996 Winnebago Rialta.

We get to see many different RV remodels here at DoItYourselfRV, however we don’t see many that come in the form of a Class B. In this case a 1996 Winnebago Rialta. The owner of this RV goes by the name of Tynan. He is a very interesting character to say the least. He is a author, online entrepreneur, full time RV’er, Pick up artist, and former roommate to Courtney Love just to name a few. All this for a person that many would consider to be a “young person”. 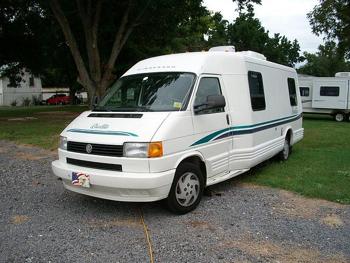 Tynan is a RV enthusiast that has been living full time in his Class B Winnebago Rialta since 2006. Since then he has sporadically and almost systematically upgraded dozens upon dozens of items on his RV. He has created a pair of Videos which are shown below that walks through visually all the different RV mods he has completed. He calls some of these RV mods “excessive”, which who can disagree when you see a 100 year old Persian rug on the list?

Other RV Upgrades Considered for the Winnebago Rialta Class B:

Tynan has authored several books. The one of most interest to us was the RV book titled “The Tiniest Mansion”. It can be had for around $3 on amazon. Only the digital edition is available through the Kindle Smartphone App.

We encourage you to watch the videos below. They give a much better impression of the amount of resources that when into many of these RV mods. We hope you enjoy them and they bring you motivation for your next project!