RVing isn’t just popular with retirees anymore.  More and more millennials are discovering the many reasons to leave the expensive apartment life and hit the open road.

Videographer Dylan Magaster recently caught up with one 21-year-old who left his place in West Seattle to live in a converted sprinter van.  He was paying an upwards of $2,600 every month for his condo—now he gets to wake up in an amazing new place every day.

Matt Sanda, a commercial diver, scored his 2006 Dodge 2500 sprinter van off Craigslist with only 180,000 miles on it.  He added a rubber coating known as Plasti-Dip to the front (which he learned you should never do on a hot day), put a Mercedes logo on the grill, and dubbed the van as “Ruby.” 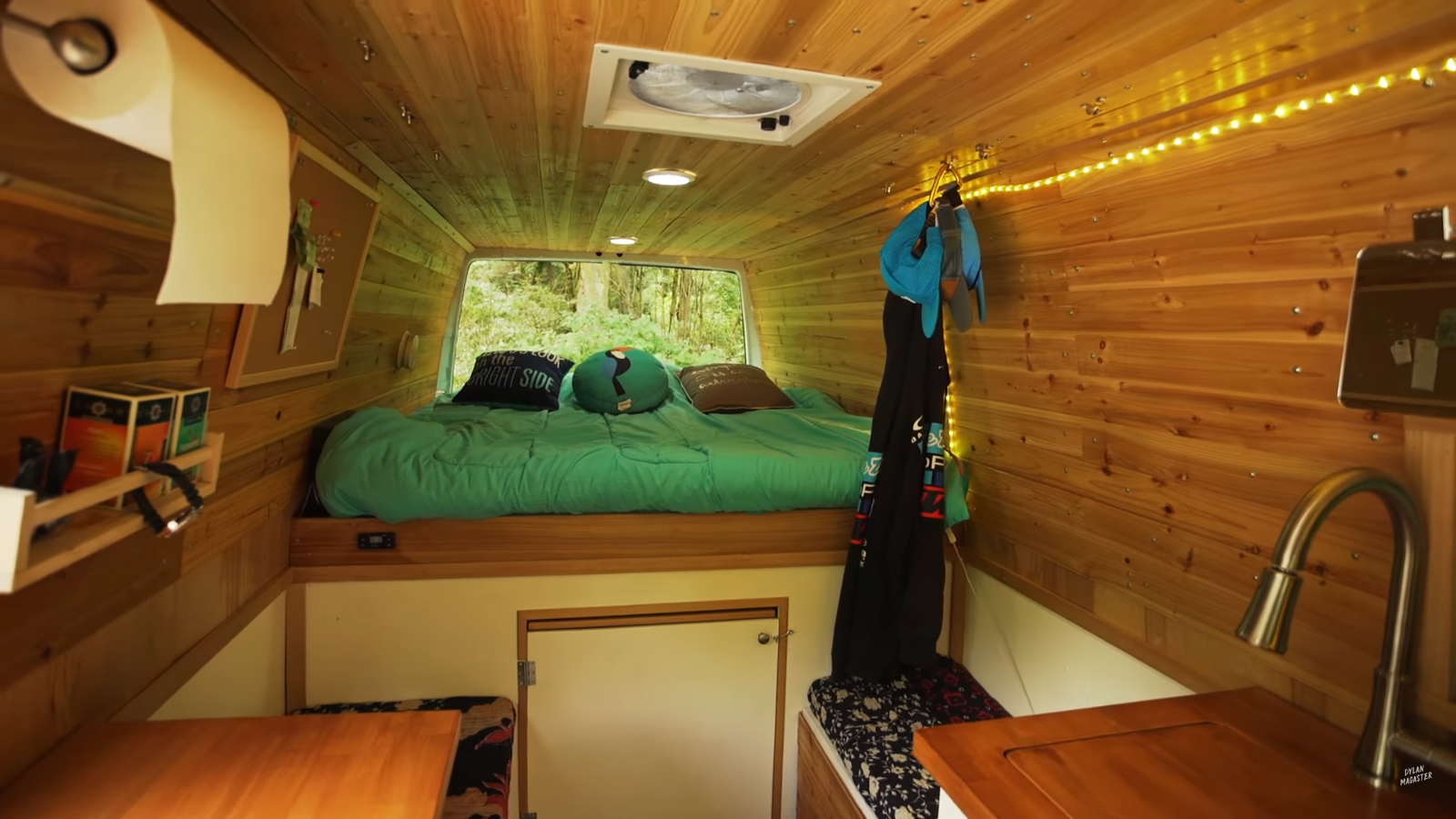 The interior layout is simple yet ingenious.  In the back, a comfy queen-size bed with four inches of foam sits above his “garage” space.  Just below the bed are two seats with tops that can be lifted to reveal more storage.

Two counters form the kitchen with drawers beneath to hold pots and pans.  The cooking space also features a double-burner propane stove, sink, and a slide-out cutting board. 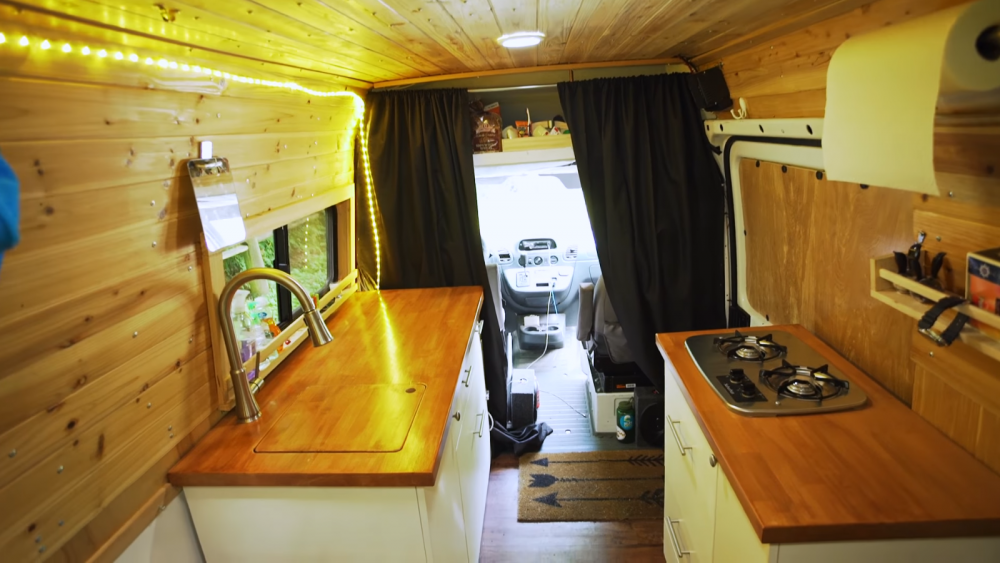 A folding organizer holds his wardrobe and easily pulls up when needed.  Around back, a 7-foot-deep “garage” stores his outdoor gear, water tank, and other equipment.

On the roof, two 250-watt solar panels generate more than enough power for when he’s off-the-grid.  There’s also an outdoor shower around back with a propane heater.

There’s a lot to love about this conversion.  Check out Dylan Magaster’s video below for the full tour.

You may also like: This Pro Snowboarder’s Converted 1953 GMC Fire Truck