Can you get rid of RV holding tank odors? 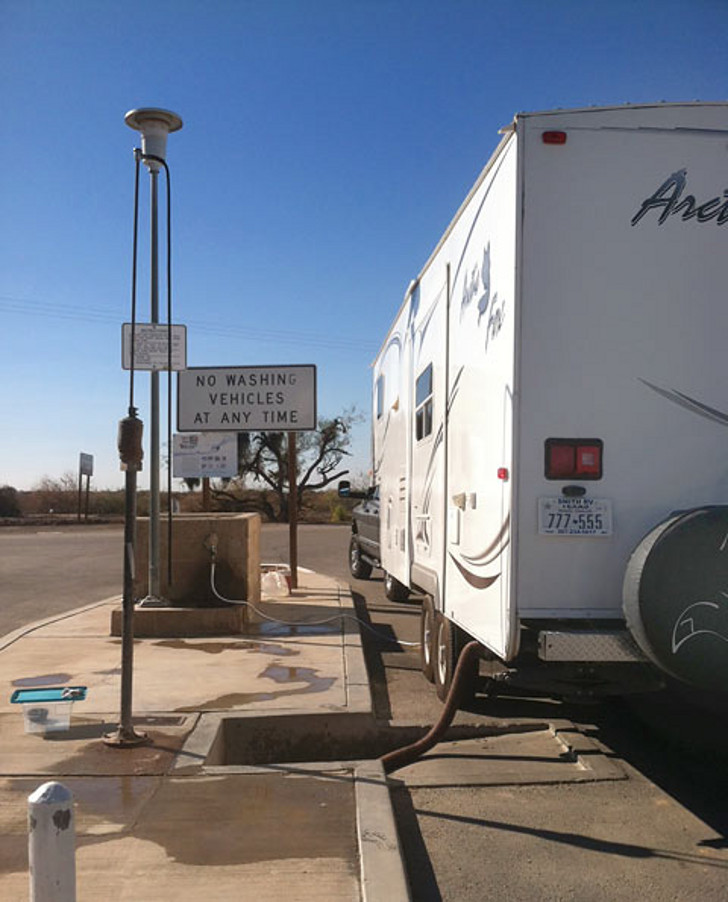 RVers love obsessing about deodorizing and cleaning holding tanks, and many swear by a homemade RV holding tank deodorizer recipe that controls odors and keeps tank sensors operating smoothly. As a bonus, it’s kind to Mother Nature, which makes it a frugal RVer’s dream.

The Geo Method is better because the water softener and detergent prevents waste water solids from building up. Store-bought RV black tank deodorizer products leave gunk behind, and over time that buildup causes sensors to go bad and valves to clog.

The addition of laundry or dish detergent gives the Geo Method extra cleaning power, while ordinary household bleach is used for odor control. Before you recoil in horror over using bleach in your holding tanks, listen to scientifically-minded RVers like Andy from This Old RV, who reminds us that household bleach won’t harm septic systems or plastic plumbing fixtures (remember, it’s packaged in a plastic bottle). Andy’s research from the Clorox® website reveals that:

During consumer use and disposal, about 95 percent to 98 percent of household bleach quickly breaks down. The remaining two percent to five percent is effectively treated by sewer or septic systems.

Bleach does not contaminate ground water because it does not survive sewage treatment – either in municipal sewage treatment plants or in septic systems. Thus, there are no harmful effects of bleach in the environment.

As for concerns about bleach doing damage to plastic RV plumbing fixtures, the Clorox website adds:

The majority of Clorox® bleach products contain anticorrosion agents and, when used as directed, are safe for use on a variety of hard, nonporous surfaces, including stainless steel, plastics, glazed ceramics, glass, porcelain and other materials.

How to Make the Geo Method Recipe

The first time you make your homemade RV holding tank deodorizer, you’ll want to be hooked up to city water with full holding tanks ready for dumping.

Go through your normal process of dumping your holding tanks (black first, then gray). Close your valves, then go inside to pour two cups of water softener into a one gallon bucket filled with steaming hot water.

Step 2: Pour the Mixture into the Tanks

Pour the mixture down the kitchen drain first, then make another batch and pour into your bathroom sink. Next, whip up another batch but add one cup of laundry detergent, then pour it into the toilet. In case you’re wondering, gray water tanks don’t need laundry soap because they normally get enough detergents inside them to keep solids flowing.

Use your RV as normal and wait until your tanks are about halfway full. Dilute a small amount of unscented household bleach into about a gallon of water, then pour it into your holding tanks to instantly halt bacteria odors growing in the waste water.

If you’re tired of wasting money on conventional holding tank treatments but you don’t want odors spilling out of your tanks, give the Geo Method a try. You’ll know it’s working when the weather heats up and you can’t smell a thing.