Most RV owners don’t venture too far off the beaten path and tend to stick to parks within the U.S. However, the overlander continues to drive toward the horizon with their next country firmly marked on the map. Overlanding is self-reliant overland travel to remote destinations, primarily stopping in places without traditional amenities like RV hookups. To an overlander the journey, rather than the destination, is the goal.

Overlanding is more about the journey than the destination.

Overlanding might just be our blood. In fact, the father of the Airstream, Wally Byam, formed the Wally Byam Caravan Club International in 1956 to encourage campers to take on the world’s roads. His original Airstream trek from Cape Town to Cairo in Africa cemented the idea that modern vehicles and campers could take on rougher roads. The club is still in existence and holds regular rallies around the U.S.

Any type of RV, van or trailer can make an overland trip. However, many vehicles usually undergo a makeover to make them more capable of handling unpaved roads, river crossings or even ocean crossings on cargo ships. Whether you are looking to head to our neighbors to the North or South or even over to Asia or Australia, these resources will help you with your overlanding trip.

No potential overlander should head out without first stopping at the Overland Expo. Held each year in Flagstaff, AZ and Asheville, NC, the Overland Expo features hundreds of speakers, a trade show, classes and exhibits on overlanding. During each Expo you learn about the best types of vehicles to bring on an overland trip, the proper equipment to purchase, how to stay safe in less stable areas and how to pick a route. You are also encouraged to bring your current RV or van to their on-site campgrounds which are available on a first-come, first-served basis.

The iOverlander website and app is a mapping project built by several full-time RVers. The map and database lists accommodations around the world that are friendly to overland RVers. The site is free to use and experienced overlanders are encouraged to add their own overnight spots. Each country and region can be downloaded as a map, a GPS coordinate, a spreadsheet or even a Javascript notation to create your own map.

Created by married hosts Andy Smith and Emma Smart of Around the World in 800 Days, The Overlanding Podcast features interviews with adventurous overlanders who travel the world via RV, van, bus and motorcycle. The hosts have traveled through 51 countries with their 22 year old Toyota Hilux Surf (Toyota 4Runner).

The Border Crossings WorldMap is a simple, but important map that no overlander should be without. Built by Harvard University the map shows all main road and country road international border crossings around the world. The border crossing pinpoints don’t give any specific information, but the data can be downloaded as many different versions including Google Earth, PDF and Shapefile.

The Expedition Portal website not only features the adventures that you can have while overlanding, but they focus on several types of vehicles including campers and trailers. On this page, Expedition Portal reviews and recommends the best overland vehicles that can run the gamut from a tricked out Honda Element to luxurious EarthRoamers.

Read about other overlanders… 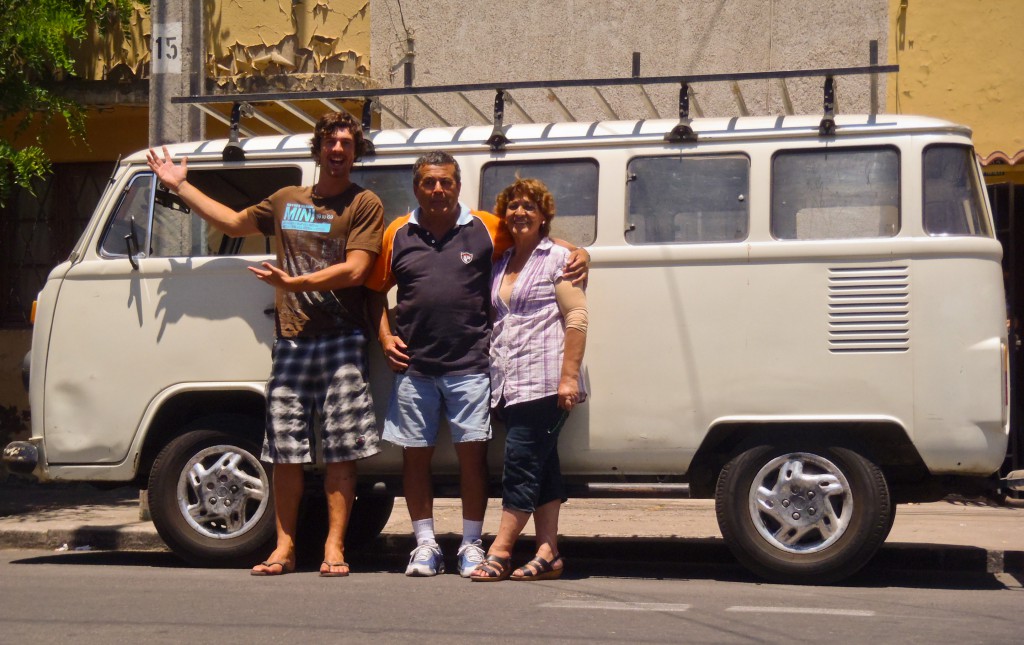 DoItYourselfRV has featured both experienced and novice overlanders in the past. Check out Kombi Life and Ben’s VW bus and Vernon’s GMC Van.