More and more RVers are considering adding solar power to their rigs.

Maybe it’s the result of a cultural shift toward green energy or simply the convenience of having enough power to camp outside of comfortable but confining RV parks. 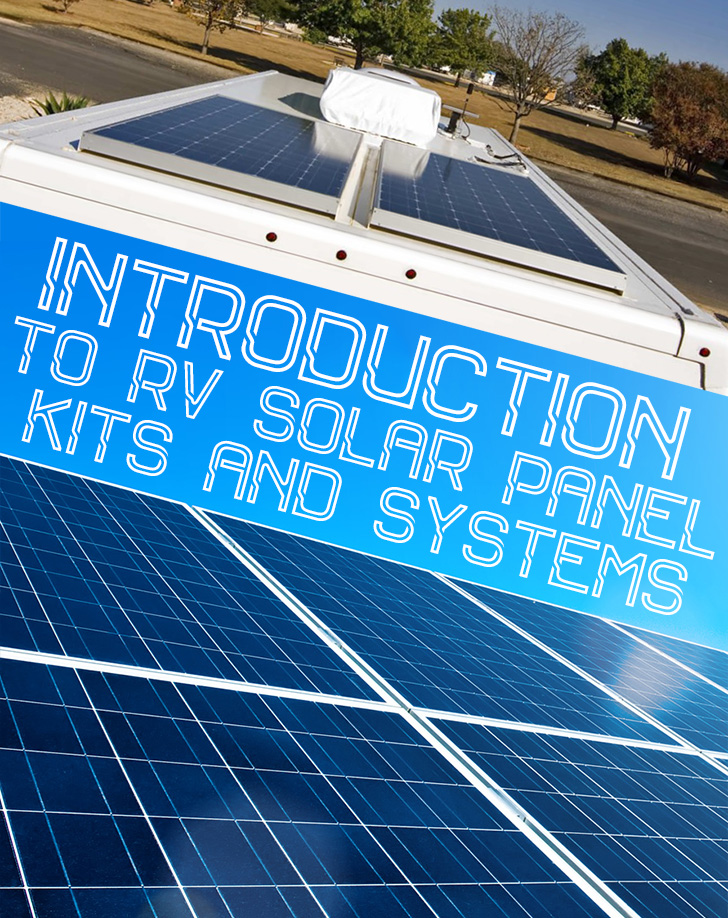 Whatever the reason, it’s clear that RV solar power systems are here to stay.

In this article, we’ll introduce you to the basic parts of an RV solar system, and talk a little about why you might consider adding such a unit to your rig.

When your RV sits for a prolonged period of time, your house batteries begin to lose power – regardless if they’re used or not.

For car owners this is the reason a battery dies after the car sits idle for too long.

The same principle applies to your RV. It’s also important not to leave the batteries dead for long periods of time as this could cause permanent battery damage – and leave them unable to hold a charge ever again.

All that’s needed to avoid much of the pain associated with a dead battery is a solar trickle charger. This charger will also keep your batteries fully charged and ready to go when the time comes to use them.

A solar trickle charger is usually a stand alone device that creates several watts of power for charging and maintaining RV house batteries.

These chargers are usually made of durable plastic and amorphous solar cells (more on that below), and are molded into a weatherproof unit that’s about a foot and a half square.

Installation is simple and straightforward.

Just take the small panel, usually no larger than a dinner plate, and connect the wires and battery clips.

Place the panel in the sun and voilà!

There is a chance that if you have a late-model RV you’ll already have one of these units installed directly by the manufacturer.

Here’s an example of what a solar trickle charger looks like: 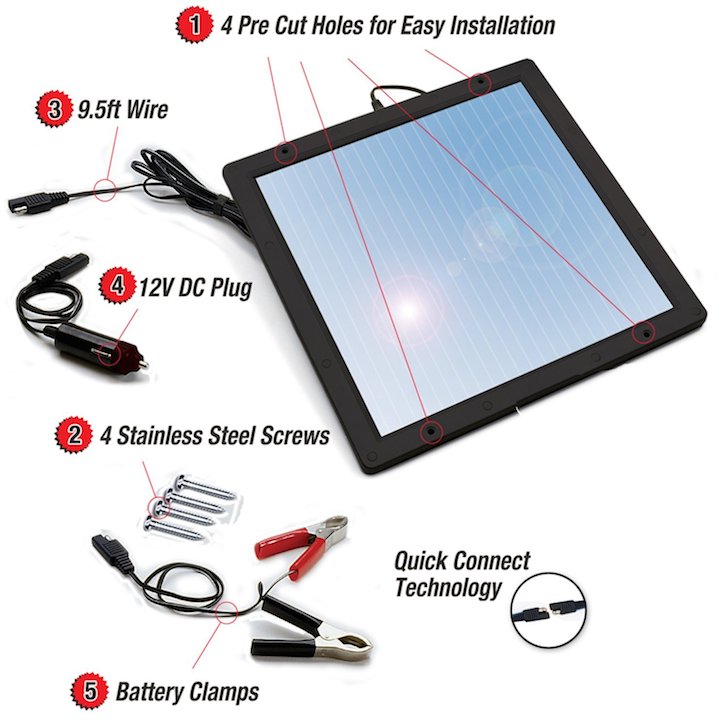 The second use of solar panels is to provide primary power to RV house systems.

This involves the installation of several solar panels and other gear, together sometimes called a solar kit, to create and regulate enough power for routine operation of your RV’s house systems.

For anyone new to RV solar, it’s easiest to think of an RV solar system as more or less a big, expensive battery charger.

Anything that can run off your batteries can be run from an RV solar system.

As you can imagine, RV solar systems are especially helpful for boondockers and dry campers.

An RV solar panel is much like a battery in that it supplies electricity at a certain voltage.

The major difference is that the panel itself needs the sunlight to make electricity while batteries require a chemical reaction to do the same.

23 thoughts on “Introduction To RV Solar Panel Kits and Systems. Get Up To Speed On The Basics Of RV Solar Power Systems.”