If you’ve ever owned an RV that was manufactured a decade before you bought it, then chances are you’re familiar with the thought “That needs to be fixed”.

James and Stef from TheFitRV.com have owned a used 2003 Forest River MB Cruiser Class B Sprinter which they acquired a few years ago.

It was clear soon after purchasing the small RV, that a full motorhome remodel may be in their future. Their sprinter-based camper had several issues that the couple were uncomfortable with such as:

After using the Class B on a few camping trips, they started planning a complete down-to-the-bones remodel.

Before the Motorhome Remodel 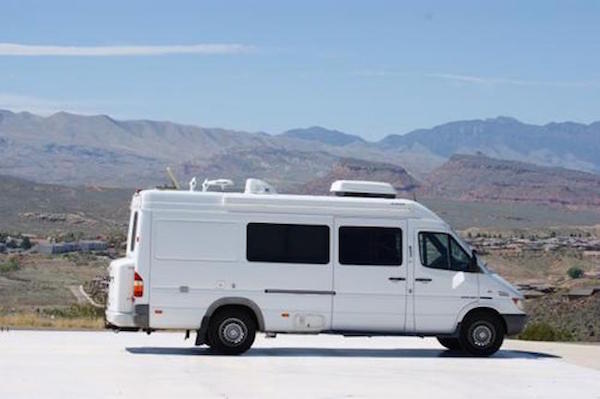 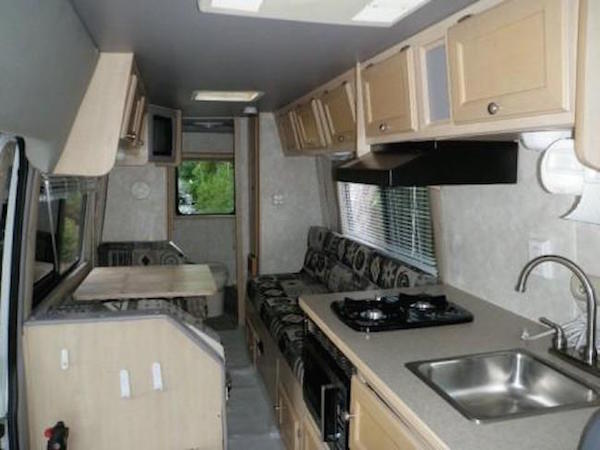 James spent 10 weeks on his RV project. For many that may not seem like enough time. If you watch some of James’ RV fit videos you’ll see he is very disciplined, and things were no different when it came to his motorhome remodel. He spent every evening, weekend, and frankly every waking moment over that 10 weeks to get it done.

The Sprinter renovation started with a teardown of much of the internal structure of the motorhome. He focused mostly on the aesthetics, as his sprinter was mechanically sound. This meant that the really tough renovations didn’t have to happen, such as anything having to do with plumbing or electrical connections. As you could have guessed, once everything was out, it was time to start putting things back in. 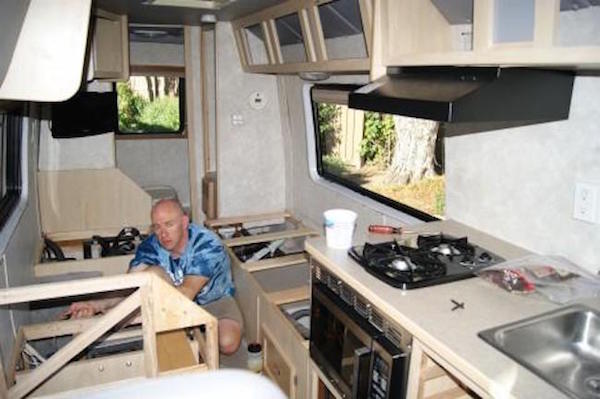 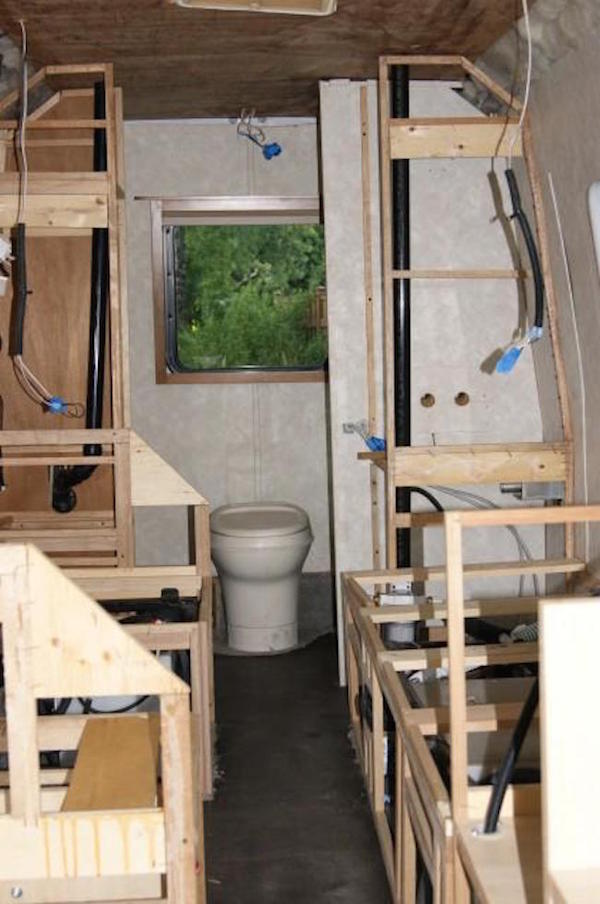 They also had Stef’s mother make custom curtains and pillows to match the new interior. That is a large expense that I know many of us cringe at the thought of paying for! James and Stef put countless years of enjoyment back into their aging Sprinter with this motorhome remodel. If you have 10 weeks and a Sprinter, surely you can take some tips from James and get started on your own RV remodel! 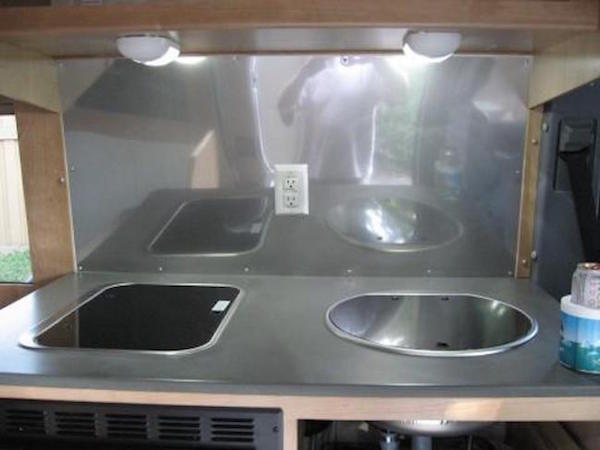 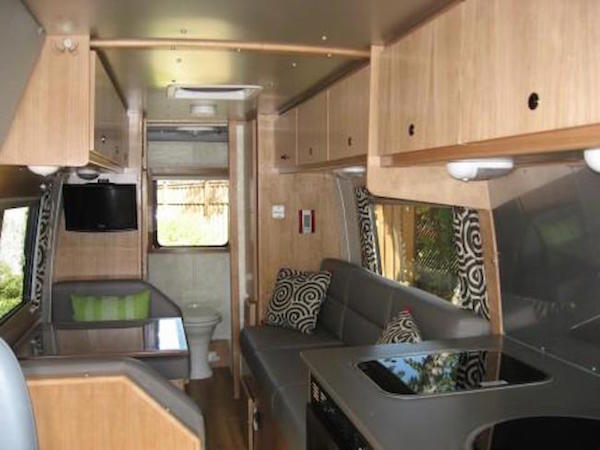 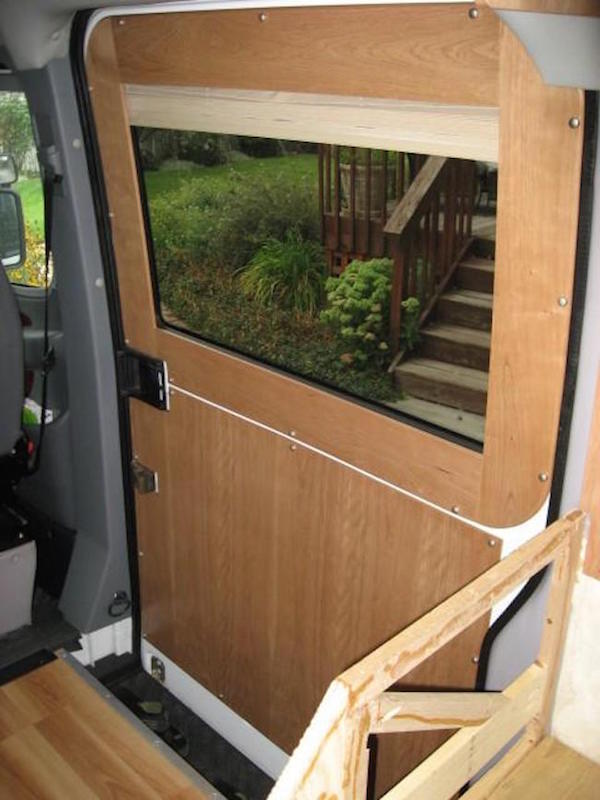 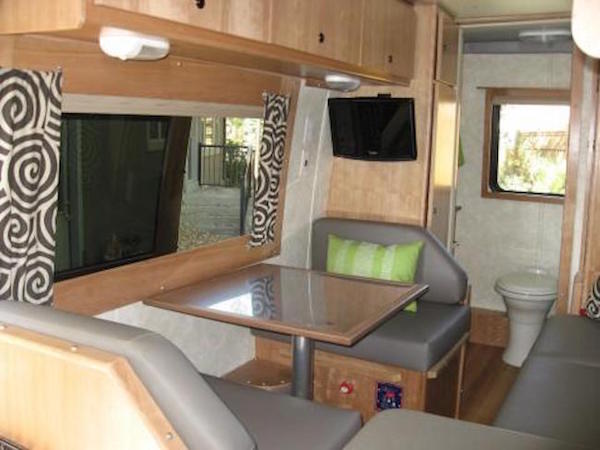 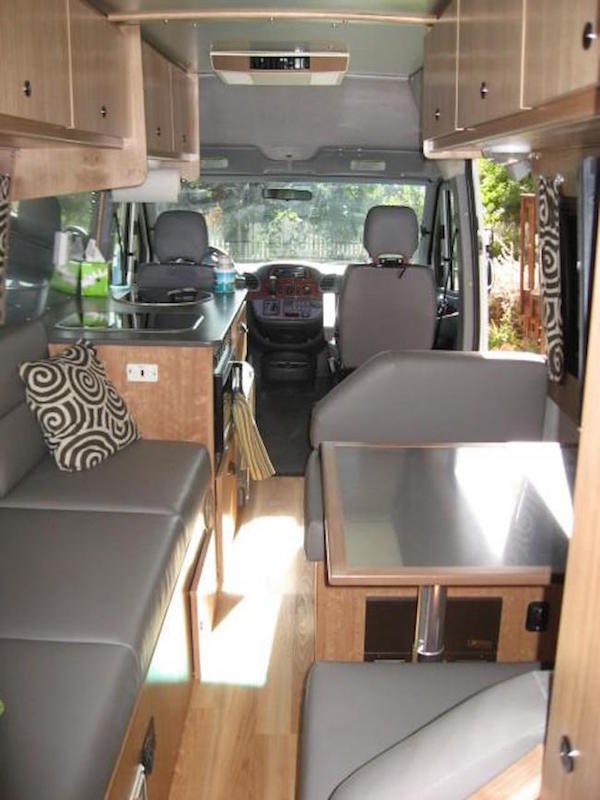 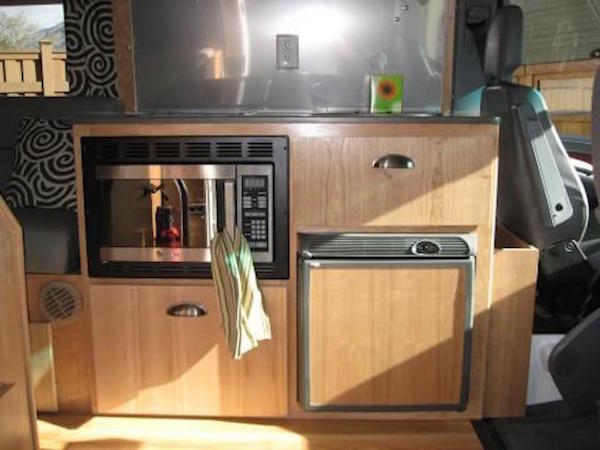 Stef and James use their remodeled motorhome for fitness activities mostly. They travel to and from bike races while promoting a healthy RV lifestyle in the process. Their website is full of videos and tips about how to exercise on the road. We encourage you to take a look.

Additionally if you want to see many more photos and a full explanation of the items updated in their 2003 Forest River MB Cruiser Class B Sprinter, please visit their RV remodel page for a thorough walkthrough.